Joey Stern
He / Ma’am
Board Emeritus
Joey Stern is Co-founder of Geeks OUT and Flame Con. He has a passion for queer geek community, and those tiny straws that come in fancy drinks. He has a complicated relationship to gender and his mother likes his tweets. 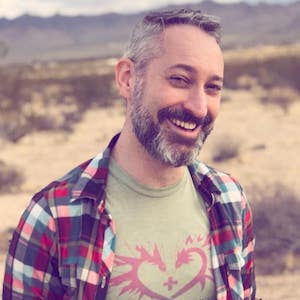 Josh Siegel
He / Him / His
Board Emeritus
Josh Siegel (a.k.a. modHERO) is an artist, writer and musician. He helped create Geeks OUT as a way to raise the profile of LGBTQ people in fan culture, making the scene more fun, inclusive and safe for geeks of all types. Josh is also the Co-creator of Flame Con and Co-author/Art Director of Serving Pride. Raised on 80s movies and the X-Men, Josh believes that outcasts can do anything if they organize.