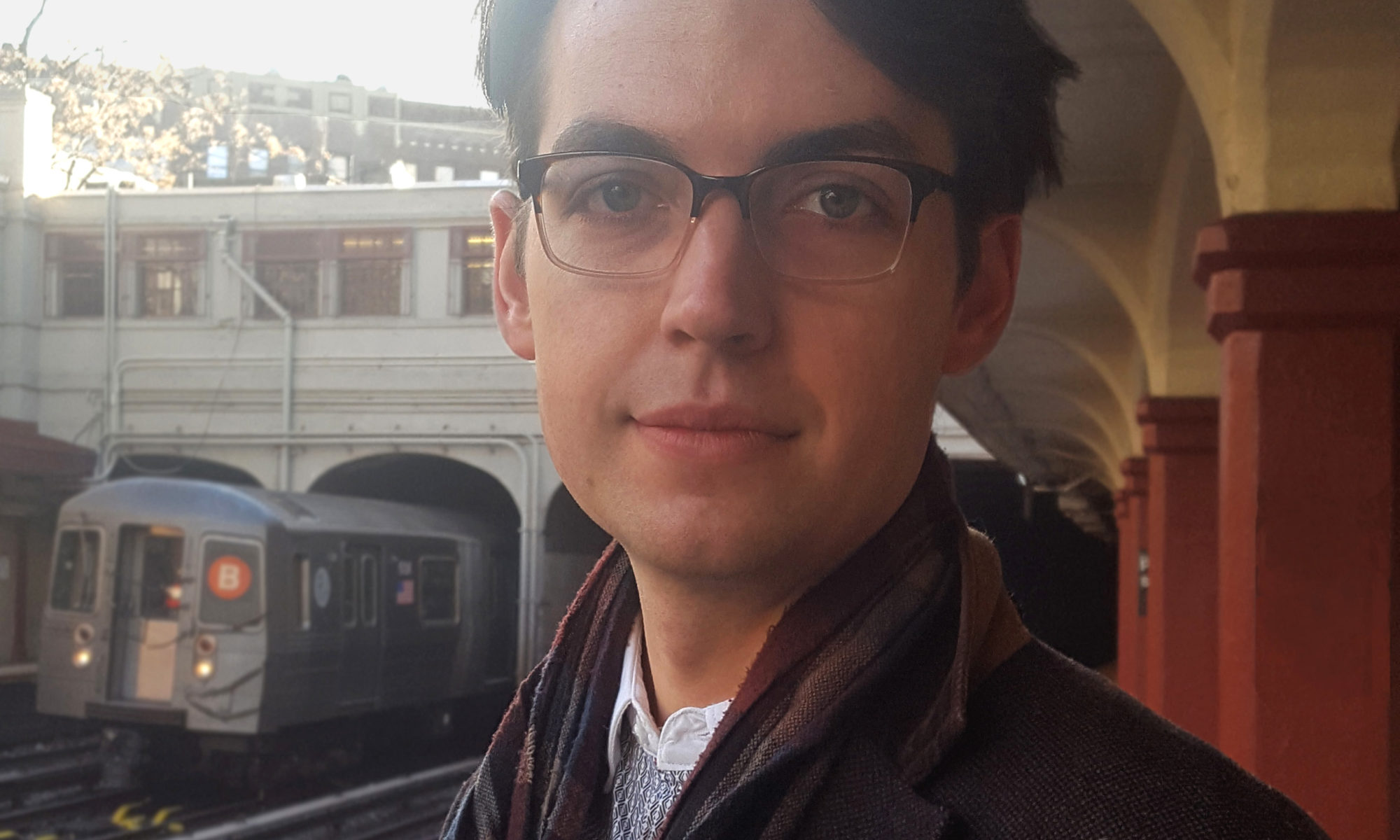 Ethan M. Aldridge is a New York Times and Indie bestselling author and illustrator. He is the creator of the fantasy graphic novel ESTRANGED (a Junior Library Guild selection, Indie Bestseller, and YALSA Great Graphic Novel For Teens), and its follow up THE CHANGELING KING. Ethan was raised in a small town in Utah.Growing up, Ethan’s favorite things to draw were monsters and whatever dinosaur he liked that week. He now does more or less the same thing for a living. Ethan lives in New York City with his husband, Matthew, and their dog, Kitsune. I got the chance to interview Ethan, which you can read below.

To start with, how did you first come to realize you wanted to be an author/ illustrator? What were some of the stories that originally drew your eye as a child or inspired your artistic journey?

I’ve enjoyed telling stories, and telling stories visually, for about as long as I can remember, though it wasn’t until I was about 16 or so that I realized that doing things like making comics and illustrating books was something I could do as a living. I adored strange detailed fantasies, everything from the book “The Dragons Are Singing Tonight” by Jack Prelutsky and Peter Sis to the epic fantasy films of the 80’s like “Willow” and Jim Henson’s “Labyrinth.” I poured over them again and again as a child.

Much of your work centers around folklore and fae mythology, particularly that of the changeling. What drew you specifically to this story?

I’ve always enjoyed old folklore and fairy tales, for all of their beauty and strange, surreal poetry. Just prior to starting work on my graphic novel series “Estranged,” I became  fascinated with changeling stories, where faeries would steal a human baby and replace the child with one of their own. Sometimes the stories are silly, and some pretty sinister, but at their core they all seemed to be about the same thing; a parent is convinced that the child in their care is not who they thought they were. As someone who grew up queer and in the closet, and who didn’t figure myself until much later, these stories seemed all too familiar. In the folktales, the swap is always discovered and the rightful baby returned, but I wanted to see what would happen if that wasn’t so. I wanted to see if the parents would learn to love the child they had, instead of the child they wished for. I wanted to give the story a happier ending, at least for the changeling.

Within your books, the Estranged Series, there are many parallels between one of the protagonist’s dual narratives as a changeling and as a queer teen, including the sense of being and feeling different from the people around you. For years, queer people have often gravitated towards fantasy, why do you think that is?

There are so many themes and tropes in fantasy that resonate with the queer experience; outsiders finding their way through a strange world, transformations, hidden identities. People find impossible loves, change form and gender, escape from inescapable isolation into a world wider and more strange than they ever imagined. Fantasy is all about a life and a world outside of what we are told is possible, and I think that sense is something that speaks to a lot of queer people. We grew up with those feelings in us, so we gravitated to the stories that told us those feelings meant something true and important and beautiful. From changelings to voiceless mermaids to love-lorn princesses locked away in remote towers, queer people have been using fantasy as a way to express feelings of queerness for a long time.

You are currently working on a new project called The Legend of Brightblade. Can you tell us in your own words what it’s going to be about?

It’s a brand new graphic novel about a long journey undertaken by a trio of bards, people who use music and storytelling to weave literal magic. Alto, the youngest child of a storied hero, runs away to create his own legend, and bumps into all sorts of trouble he’s not prepared for. It’s part epic journey, part coming-of-age adventure, and part Battle of the Bands rivalry. It’s about the way stories of the past affect us, and how we tell our own stories in response. It’s also got trolls, elves, a long-haired goat named Knud, and at least one dragon, and that’s always fun.

That’s a tricky question! The stories I tend to like the most have very messy protagonists, and the boys from “Estranged” don’t always play well with others. Imagine Edmund from my books meetings, say, Edmund from the Narnia books? It would be chaos. And a lot of sulking.

As a creator what advice would you give to other budding artists/writers on their own creative journeys?

There have been so many great ones, especially ones that have come out lately! Some of my favorite recent LGBTQ+ comics are “Snapdragon” by Kat Leyh, the Witch Boy series by Molly Knox Ostertag, “Beetle And The Hollowbones” by Aliza Layne, “Mooncakes” by Suzanne Walker and Wendy Xu, and “TAZ: Petals To The Metal” by Carey Pietsch and Justin, Travis, Griffin and Clint McElroy. There are more coming later this year, like “The Magic Fish” by Trung Le Nguyen, that I’m very excited about

More of Ethan’s work can be found online at ethanaldridge.weebly.com, and on twitter and instagram at @ethanmaldridge