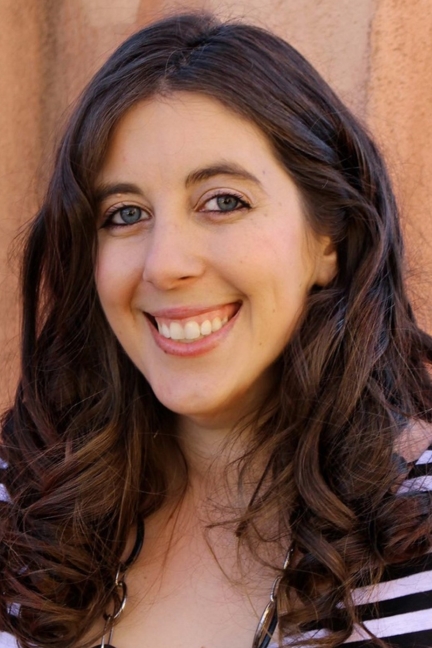 Dahlia Adler is an editor of mathematics by day, the overlord of LGBTQReads by night, and a Young Adult author at every spare moment in between. She is the editor of several anthologies and the author of seven novels, including Cool for the Summer. She lives in New York with her family and an obscene number of books. I had the opportunity to interview her which you can read below.

As a person who wears multiple hats in the literary community/publishing industry and as an author/editor/book blogger and more, how do you maintain a balance between all of those responsibilities as well as work/life balance?

Not well! I mean, I’m sort of kidding, but the truth is that when you love so much about what you do, it can be really hard not to overload yourself, or least that’s true for me. Probably the most balancing thing is that because I observe Jewish Sabbath, I’m completely offline from Friday night through Saturday night, which means nothing but family, food, and reading.

I also try as much as I can to be absolutely done with things by 5 p.m. I might do social media stuff or beta read with a baby sleeping on me, but thanks to both my husband and me working from home during the pandemic, we actually get to do family dinner pretty often. This does mean a lot of pressure to back things in during my workdays and Sundays, and I’m learning hard lessons this year about there just not being any way to pull more than 24 hours into a day.

As a bisexual writer, you have discussed the importance of canon bi representation to combat biphobia/erasure as well as provide validation for those who are questioning. Could you speak a little more on this?

Bisexual books have been so heavily gatekept for so long, and even when we started to finally get some actual bi rep, it always had to be the “perfect” kind of bi who never leaned into any stereotypes. But anyone who’s actually gone through the process of questioning as a bi person knows that it comes with a lot of messiness and complexity, and those stereotypes exist for a reason; they’re just not who a whole person is. I think telling people they can’t ever have conflicting feelings or wonder “what if?” or experiment to see where your heart and head are at because it’s “bad representation” is not only invalidating but harmful. I embrace the messy. And I love the other bi books that embrace the messy.

Your latest book, Cool for the Summer, features a bisexual Jewish main character. Did this story feel in any way personal to you and what are your thoughts on queer/Jewish representation in the YA world today?

It’s definitely personal to me, although Lara’s experience with Judaism isn’t reflective of mine, being that I’m considerably more affiliated and observance. Truthfully, Jasmine’s Judaism, despite being further from my background with her being Syrian, is a little closer. But I’m grateful to have been able to show two of the million ways to be both queer and Jewish, and I love how much more queer Jewish lit we’re seeing, and queer religious lit in general where those two aspects of a person don’t have to clash. I think that’s one of the most important directions YA can take, and I’m really excited to see more of it.

Aside from Demi Lovato, whose song obviously inspired the title for your latest book, what other musical artists have inspired you? Which singers or songs would be the go-to on any of your characters’ (previous or new) Spotify playlist?

I tend to write girls with some fire to them, so I love artists like Hole and Halestorm and Garbage and The Pretty Reckless. Lara is a little softer than my usual, so Cool for the Summer is more Demi and Taylor Swift—the song “Betty,” which I obviously hadn’t heard until my book was already done, is a shockingly dead ringer for the story.

What would you put in a book box dedicated to Cool for the Summer? Random, I know, but it’s a really fun thing to fantasize about! Obviously heart-shaped sunglasses, and a packet of coffee, because Lara’s a barista. An art print by one of the illustrators behind Lara and Jasmine’s mutual favorite graphic novels, probably Wendy Xu because I’m obsessed with Mooncakes which means so are they. A cheesy little souvenir from the Outer Banks—I personally have a flip-flop-shaped magnet with real sand inside. A mini bi pride flag. And sparkly peach body lotion, for Reasons.

A few! I’m currently revising my next f/f YA novel, which is tentatively titled Home Field Advantage and hopefully coming out in Summer 2022 from Wednesday Books—it’s a dual-POV Romance between an aspiring cheer captain and her high school’s very unwelcome first female quarterback. I’m also editing my next anthology, At the Stroke of Midnight, which is a collection of fairytale retellings releasing in Fall 2022 from Flatiron Books—my third anthology with them. And in the background, I’m also treating myself to writing a Chanukah rom-com novella I’ll probably ultimately self-publish.

What advice would you give for writers who are stepping into their own creativity?

Don’t get in your own way. That means don’t shoot down your own idea for sounding too similar to something out there—I sold a bi YA Grease to the imprint that published a gay YA Grease!—don’t edit into oblivion as you go as an excuse not to finish your draft, and don’t tell yourself you suck; there’ll be enough people eager to do that for you in publishing. You’ve gotta be your own cheerleader and advocate, especially if you’re going to ask people to spend their time and money on your books.

Oof, so many. It’s an incredible time for LGBTQ+ lit in all categories, which is so new. I definitely haven’t read as many of this year’s titles as I should, but a few that feel like perfect Geeks OUT reads are It Goes Like This by Miel Moreland, about a one-time all-queer, all-girl band that blew up when they were in high school and then fell apart, and their potential reunion despite all the bad feelings, a painful romance, new lives, and one of the members no longer identifying as a girl; Meet Cute Diary by Emery Lee, which has so many fun romance tropes and a rare main character who’s already confidently out as trans, plus a love interest who’s still working through gender identity and trying out different pronouns; Verona Comics by Jennifer Dugan, which is a take on Romeo & Juliet with beautiful mental health rep and set in the world of comics; and a great riff on Empire Records but with a bookstore and a super queer cast, The Summer of Everything by Julian Winters.