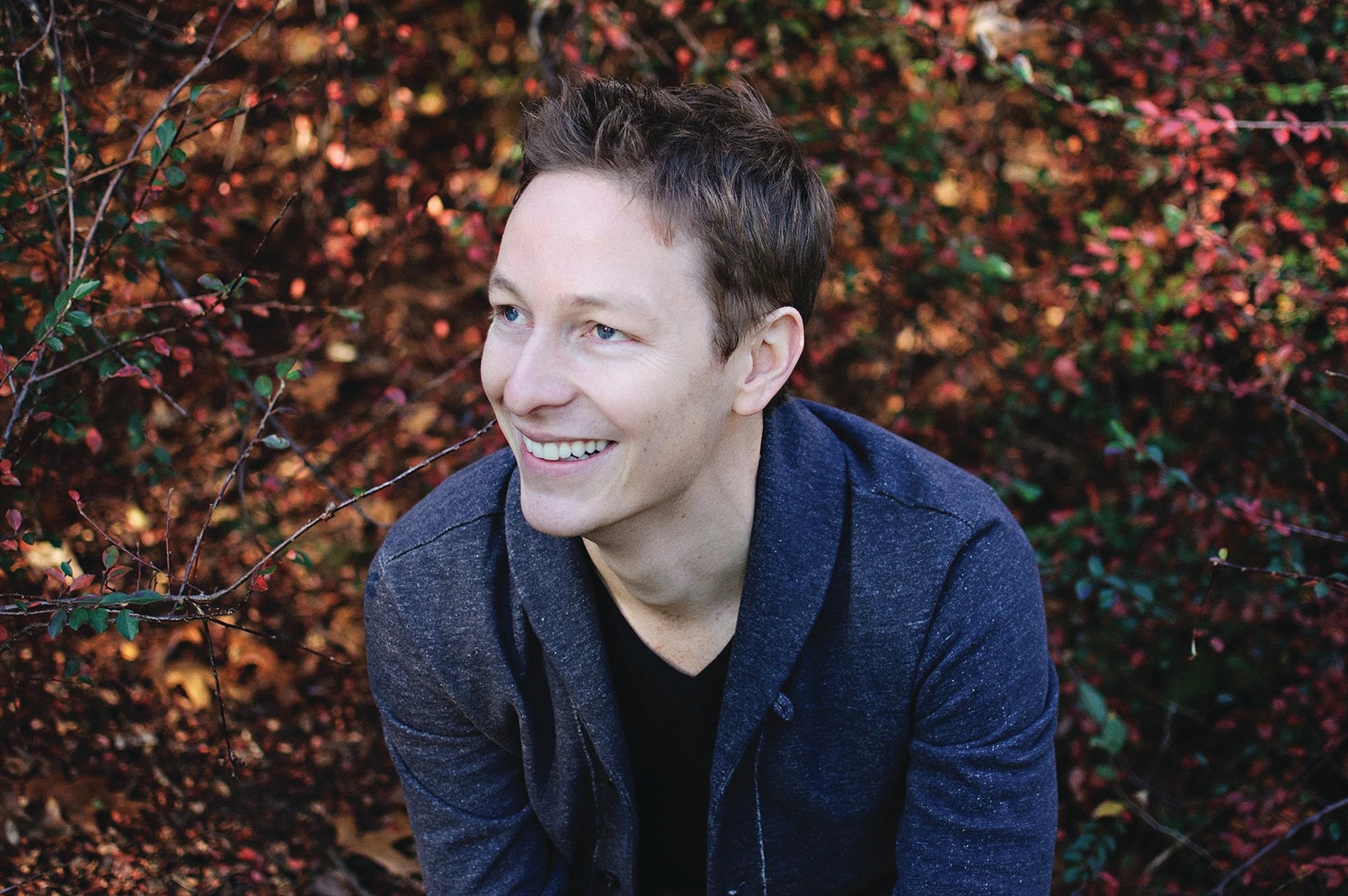 Eliot Schrefer is a New York Times bestselling author, has twice been a finalist for the National Book Award in Young People’s Literature, and has won the Green Earth Book Award and the Sigurd F. Olson Nature Writing Award for Children’s Literature. His novels include the Lost Rainforest series, Endangered, Threatened, Rescued, Orphaned, and two books in the Spirit Animals series. He lives in New York City, is on the faculty of the Hamline University and Fairleigh Dickinson University MFA in creative writing programs, and reviews books for USA Today. His latest novel, The Darkness Outside Us, is available now. I had the opportunity to interview Eliot, which you can read below.

First of all, congratulations on your newest book, The Darkness Outside Us! Could you tell us in your own words what the book is about?

Hi, and thanks for having me! THE DARKNESS OUTSIDE US is about two young astronauts who are sent on a perilous rescue mission to rescue the first settler of Titan, one of Saturn’s moons. They soon find out that their mission is not at all what they were told, and that they will be on this ship for much longer than they expected. These two adversaries must come to rely on each other—and maybe (definitely) fall in love!

Where did the inspiration for this book come from? Were you influenced by any authors or media (i.e. film/shows/ music/etc) while writing it?

There’s this 90s movie with Harrison Ford and Michelle Pfeiffer, called What Lies Beneath. While I was watching it I hatched a gonzo theory about what was going on, which wound up not being true at all. THE DARKNESS OUTSIDE US is my go at writing the plot twist my mind came up with, only with two boys in outer space.

How do you come to realize you wanted to be a writer? What drew you to the field, especially the Young Adult medium?

I was at dinner with friends in my early 20s, and I said “obviously if we all had lots of time and money, we’d be novelists. My friends all said “no way, ugh.” I’d actually just revealed myself, to myself. I had so many inner voices saying that you couldn’t possibly succeed at such a thing that I hadn’t let myself make a real go of it.

As for YA, I actually wrote a piece for the New York Times about my transition to YA from adult writing, and how it made me a better writer! Short version: I learned to focus on telling a good story instead of trying to impress my peers.

What books or voices do you think The Darkness Outside Us stands in conversation with, especially those regarding similar Gays in Space themes?

I really enjoyed Shaun David Hutchinson’s A COMPLICATED LOVE STORY SET IN SPACE. We start with very similar openings—two boys wake up on a spaceship, not sure why they’re there—and then go in totally opposite directions with it. It’s like a queer sci-fi YA experiment on the butterfly effect.

What advice would you give to other aspiring queer writers?

There is a bloom in publishing queer books, especially in the YA and middle-grade space. That’s absolutely wonderful. Along with it will come pressure to write books that focus on queerness, that take it as the theme and plot of your book. I love those books, but remember you are a writer who has permission to write widely, just like straight writers do.

Are there any other projects you are incubating or working on and at liberty to discuss?

Yes! I’m in edits for a non-fiction YA book called QUEER DUCKS. It’s about the explosion of research over the last 20 years into same-sex sexual behavior in animals. I’m profiling 12 animal species, looking at how they embody queer identities and desires, and what that means for the eye-roll-y conservative arguments about the “unnaturalness” of queer behavior.

What’s an interview question you haven’t been asked yet but wish you were asked?

Why are you so dashingly handsome?

There are so many. To name just one, I absolutely adored Malinda Lo’s LAST NIGHT AT THE TELEGRAPH CLUB, which came out earlier this year. Lo can make an entire scene turn on a small gesture, a precise image… she’s such a major talent.