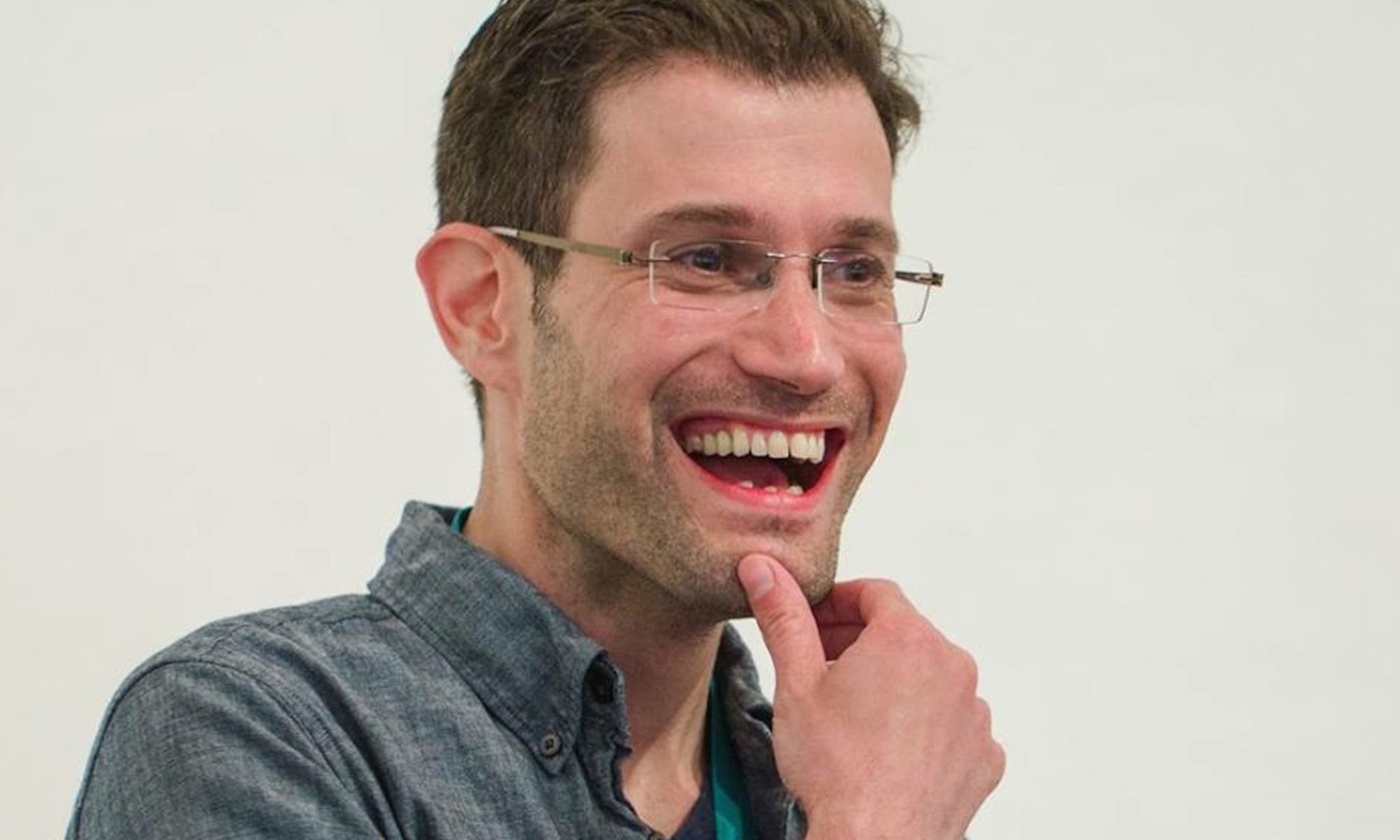 Alex London is the author of over 25 books for children, teens, and adults with over 2 million copies sold. He’s the author of the middle grade Dog Tags, Tides of War, Wild Ones, and Accidental Adventures series, as well as two titles in The 39 Clues. For young adults, he’s the author of the acclaimed cyberpunk duology Proxy, and the epic fantasy trilogy, The Skybound Saga. A former journalist covering refugee camps and conflict zones, he can now be found somewhere in Philadelphia, where he lives with his husband and daughter or online at www.calexanderlondon.com. Battle Dragons: City of Thieves goes on sale this fall, but you can pre-order it today.

I had the opportunity to interview Alex, which you can read below.

First of all, congratulations on your latest series, Battle Dragons, starting with Book #1 City of Thieves! Could you tell us a bit of what the series will be about?

The short pitch is that it’s The Fast and The Furious meets How to Train Your Dragon, but it’s very much its own thing. Battle Dragons tells the story of 13 year old Abel and his friends and family, who get caught up in the criminal dragon battling underworld of Drakopolis, the mega-city where they live. Dragons do everything there, from haul freight and transport busses, to work in mines and serve the ferocious military. There are corrupt dragon-riding gangs—called kin—and corrupt secret police whom the kin pay off. When Abel discovers his big sister is a notorious dragon thief, his big brother is an agent of the secret police and his best friend is tangled up with a vicious gang, he’s going to have a lot to deal with for a seventh grader! There are sibling rivalries and new friends and high stakes souped up dragon riding action. There are also, I hope, a lot of laughs!

As a queer writer, do you ever find yourself directly writing the books your younger queer self would have wanted?

Every book I write is aimed at that memory of my younger self, that longing to see queer heroes in queer worlds and the need I didn’t even know I had to see entirely new possibilities for what a queer reality could be. My view of what was possible for gay boys like me was small. Fantasy and sci-fi opened my imagination to all kinds of other worlds, why not all kinds of other queer worlds?

As a former political journalist who had covered conflict zones and refugee camps, what drew you to fiction, particularly YA and MG? Do you believe your experience writing the former has affected the latter?

Absolutely it has. I write fiction for the young people I met all over the world whose lives were as epic as the Aeneid. Young people are capable of surviving and creating joy in all kinds of horrible and complicated situations, from war and famine to neglect and abuse, and though they are victimized by wars and upheavals, they are also the protagonists in their own stories and participants in shaping their societies. I write books to entertain, but also to celebrate and honor that capacity that all young people have.

Writing a story is a gift you give, to yourself and to readers. I try to remind myself of that. I am creating a gift and so I want it to be a good one, which means working hard and thoughtfully, but also, with joy. I guess my advice is to be kind to yourself, be gentle with yourself, and remember that you are making a gift for someone you may never meet. The craft stuff comes with practice and revision and daring and all that, but the intention behind it, that needs to be held gently and with joy.

I love world building. I have so much fun dreaming up and picking out the little details of whatever world I’m creating, whether it’s a rendering of this one in a realistic story, or a totally imagined dragon drenched city like in Battle Dragons. I definitely struggle with including too many of those little details and they can bog down the text. Cutting them always hurts!

What authors/books do you believe your books stand in conversation with?

I think my latest, Battle Dragons, is definitely in conversation with the dragons that have come before, whether that’s Le Guin’s Earthsea dragons or Cressida Cowell’s Viking dragons in How to Train Your Dragon. But the conversation is bigger; I was definitely influenced by the sci-fi and cyberpunk I read and watched growing up, most strongly by the Akira movie I first saw in middle school. That was certainly an influence here.

Where do you usually find inspiration for your book ideas? Do they ever come from really specific sources?

Everything is a potential source. Battle Dragons draws inspiration not only from the books and movies I mentioned above, but from my favorite Kit Kats, from kids I’ve met at school visits over the years, from books about animal rights and police corruption and urban planning and even from RuPaul’s Drag Race (I’m very proud of the Drag(on) Queens in the story: humans who dress up and perform as dragons…)

As a writer, what advice would you give to other writers who are stepping into the field?

Tell your story as only you can tell it. Embrace what excites you, even if it seems there is no market for it. I promise, the weird in you is where the wonderful lies in wait, ready to be celebrated, if you can find a way to wrestle it out. Get to work!

What are some book recommendations you would give to the readers of Geeks OUT?

Recently, in middle grade, I loved Kwame Mbalia and Prince Joel Makonnen’s Last Gate of the Emperor, a thrilling, imaginative and funny Afro-futurist romp. I’m also reading the adult gothic horror Summer Sons by Lee Mandelo, which is atmospheric and creepy and unsettling in the best ways. And everyone needs to read Sarah Schulman’s Let the Record Show: A Political History of ACT UP New York, 1987-1993, as a historical corrective to the AIDS activist narrative we’ve all internalized and an amazing study of activism and how movements for change work. One of the great challenges of storytelling, I think, is dramatizing collective action rather than elevating individual acts of heroism and stand-ins for community. Schulman’s book is one hell of a guide in that direction.