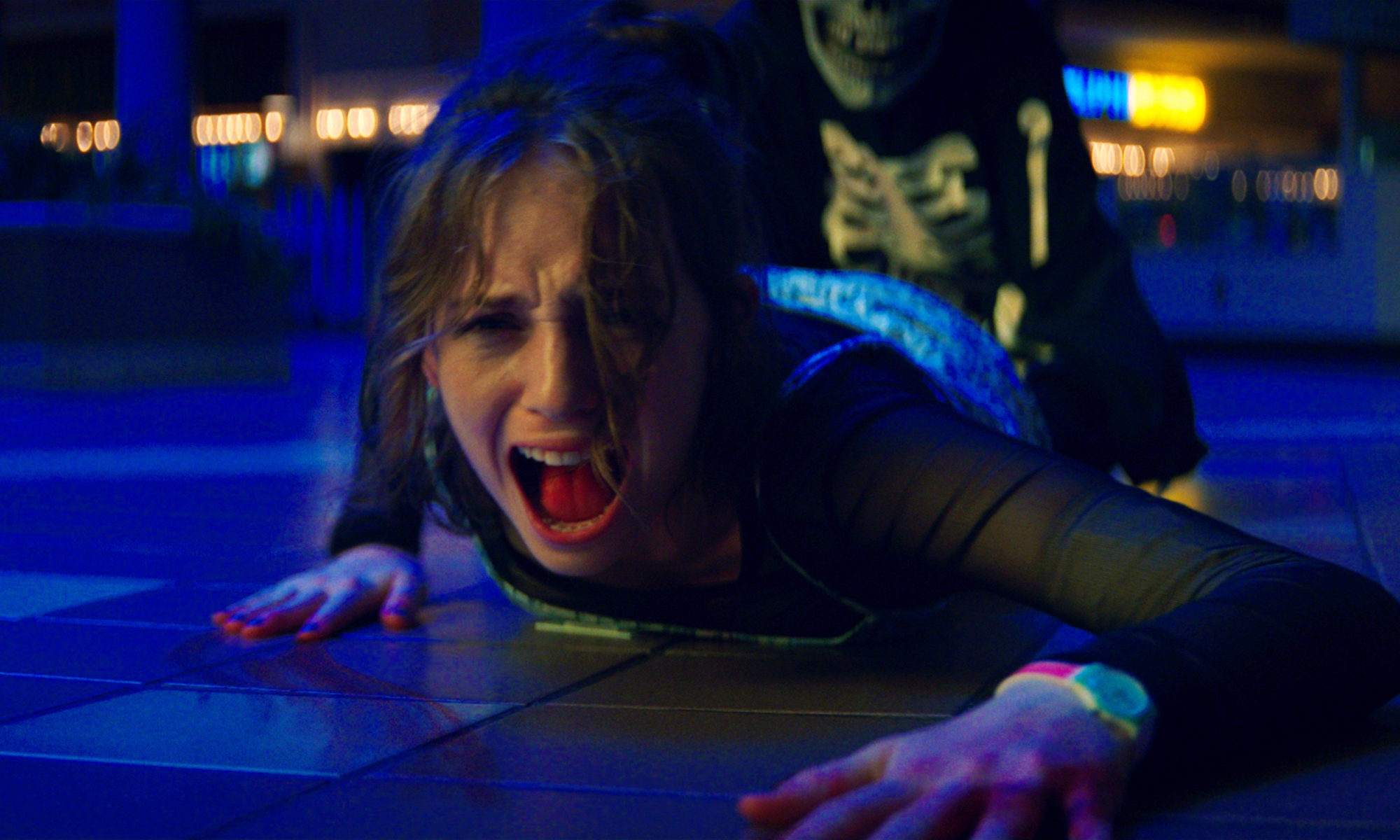 It’s been over 30 years, but we finally got a Fear Street movie! And not just one, but three of them! So let me take a moment to first acknowledge my excitement as a Fear Street superfan. This is a big moment. So you can only imagine how excited I was that they decided to center the movie on a queer relationship. You read that right: these aren’t just some minor side characters who will be killed just as soon as things start getting good. The new Netflix movie is also filled with plenty of homages to the Fear Street books. Some of them even make a very literal cameo. Nostalgia aside, this is a solid slasher horror movie. In fact, my favorite thing about them is how they tied the “cursed town” of Shadyside to the isolated slasher style of the main Fear Street series. This is what I had hoped they would do, and they delivered. My biggest complaint was the excess of nineties jams in the first half of the film. I am a child of the nineties, I love some good nineties jams, but the beginning of the movie overdoes it. 1994 also does some heavy lifting in order to set up the two sequels, making it a bit information-dense at times. The good news on that front is it sets things up beautifully for next week’s sequel: 1978. Overall, Fear Street: 1994 accomplishes what it set out to do. It keeps the self-aware camp of the books, delivers plenty of gory fun, and is worthy of several rewatches.

As I do with my Fear Street book reviews, everything after this jump is filled with spoilers. So you can wait until you’ve seen the movie and come back, or you can read on ahead with reckless abandon. Consider yourself warned.

I had a lot of fun watching Fear Street: 1994. It did exactly what I was hoping to do with the Fear Street canon, and focused on the cursed town of Shadyside. What I didn’t expect was the way it tied supernatural elements of The Cheerleaders Trilogy and The Fear Street Saga to the predominantly slasher horror feel of the main Fear Street series. Deena, the lead character in the movie, takes her name from the main character of the iconic title The Wrong Number. The setting of the second movie takes the name of the summer camp from Lights Out. I’m sure there will be a catalog of Easter Eggs from titles that I missed, but those were the big ones. I wasn’t expecting a by-the-book adaptation to a series with 80+ titles and spin-offs. I think the creative team did an excellent job at keeping with the spirit of the books while making a movie that can be enjoyed regardless of having grown up reading them.

One of my favorite aspects of the movie was the decision to center the main story on a queer relationship. Queerness in the nineties was rarely acknowledged and representation was often problematic at best. Queer people have always existed, and that’s exactly how it’s presented in the movie. I had a feeling that Sam was a girl well before it was revealed, but I was also screening the movie specifically for queer content. Regardless, I think the creative team here can be commended for getting it right with Deena and Sam. Their relationship felt true to their characters, and their characters felt true to the queer women I have known. I certainly can’t speak for everyone in that regard, but after a lifetime of queer-coded straight main characters and cartoonishly stereotypical gay side characters, Deena and Sam felt honest and refreshing.

I did have some questions regarding Beddy, the nurse/drug dealer who sneaks the kids into the hospital after visiting hours. The character read as queer to me but wasn’t really around long enough for me to be sure. It felt like they had a backstory that got cut for time, and I wanted to know more. If Beddy were the only character with a hint of queerness, their limited presence and death would have been problematic. But the fundamental rule for breaking out of the bury-your-gays trope in a horror movie is to have so many gay characters that it doesn’t matter if some of them die. On that count, Fear Street: 1994 succeded. It also did a good job representing Black characters. Deena was the star, and Josh was the brains of the group that kept (most of) the kids alive. For a book series that was very much a product of its time, it wouldn’t have taken much to improve on this front. But to their credit, the creative team gave us a diverse cast of well-defined and memorable characters.

I appreciated the references and homages paid to the great slasher horror movies of the nineties. The opening scene especially took a lot of cues from Scream. Having Maya Hawke be the movie’s first kill was very reminiscent of Drew Barrymore’s role in Scream’s iconic opening scene. I do wish the Skullmask killer had been a little more distinct in that respect, but as we got into the history of Shadyside killers I became more forgiving of the choice. I found Ruby Lane, the milkman, and a few of the others way more compelling. But the Skullmask was definitely the most nineties of the bunch, and that was the point.

My biggest complaint about the movie was the overuse of nineties jams crammed into the first thirty minutes. It was great when Garbage’s “Only Happy When it Rains” introduced us to Deena. It gave us a great sense of who she was right off the bat before she even said her first line. But as the kids entered Shadyside High we got berated with song after song. All of them worked in their own way, but it was akin to sensory overload. The songs never got their own moment to land. Thankfully this tendency doesn’t carry throughout the movie, and it wasn’t enough to take me out of enjoying it.

Fear Street: 1994 set things up beautifully for Fear Street: 1978. You can look out for my review on that one next Thursday. In the meantime, if you are feeling nostalgic for the paperback horror stories of your youth, you can check out my ongoing reviews of the Fear Street books over on my blog.