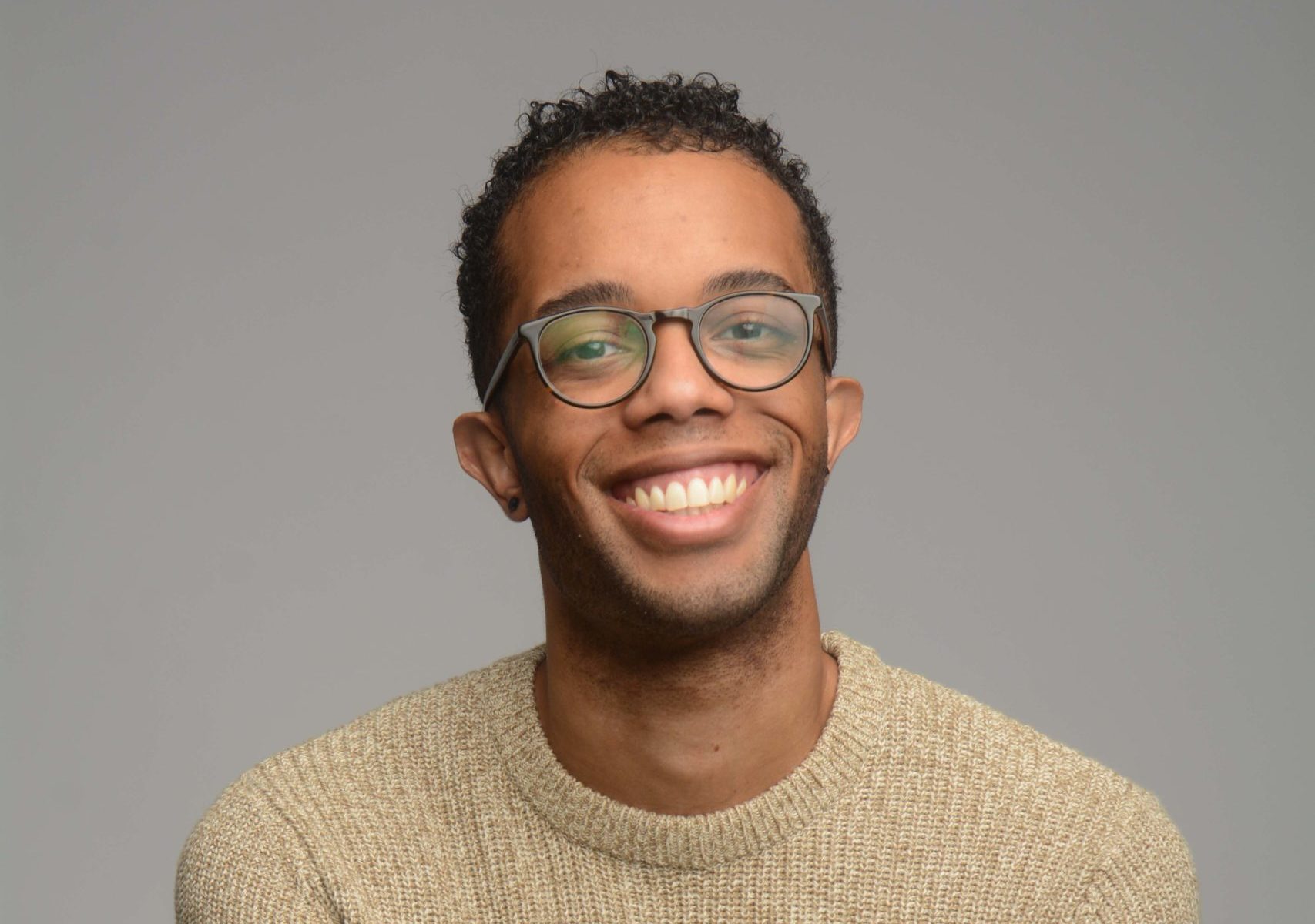 Ryan Douglass is an author, poet, and freelance writer from Atlanta, Georgia. His work on race, literacy, sexuality, and media representation has appeared in The Huffington Post, Atlanta Black Star, Everyday Feminism, Nerdy POC, Age of Awareness, and LGBTQNation, among others. His debut novel, The Taking of Jake Livingston, is a YA horror out now through G.P. Putnam’s Son’s Books for Young Readers, an imprint of Penguin Group. I had the opportunity to interview Ryan, which you can read below.

First of all, congratulations on your debut book, The Taking of Jake Livingston! Could you tell us a little about yourself and the book?

Thank you! The Taking of Jake Livingston is about a teen medium named Jake who has the power to see ghosts live their final moments of death on repeat. He’s trying to fly under the radar as one of the few Black students at his prep school, but then the ghost of a school shooter starts haunting him, and he has to develop his power in order to banish the ghost before it possesses his body. As for me, I’m just a Millennial from Atlanta who’s been writing books since he could tie his shoes. Most of what I know about writing has come from studying poetry, film, theatre, music, and SFFH books throughout my life.

Neal Shusterman and Rick Riordan turned me into a writer. The Everlost series and the Percy Jackson series were my two favorites growing up. But I was also inspired by traditional gothic horror by Edgar Allan Poe and more modern classics by Stephen King. There’s been a focus on diversifying literature in YA in recent years and some of the newer stories like The Hate U Give and More Happy Than Not gave me the confidence to put my identities on the page more. I combined my love of horror with the stories that meditate on identity and out came The Taking of Jake Livingston.

The Taking of Jake Livingston is a take on the literary sub-genre of Dark Academia from a Black, queer horror perspective. What inspired you to write this story and how did the book come to be?

I wanted to look at themes of isolation and toxic cycles through an entertaining ghost story. Being a Black student at an all-white school was the perfect backdrop for the tale of a white person invading a Black person’s body. I was consumed by questions about what a kid would even do in that environment, what kinds of traumas and self-doubts they’d develop, how those traumas would be elevated if they could communicate with the dead. So, there’s the contemporary horror and the ghost horror. I think the layers are what give the story its punch.

Did you draw on any resources for inspiration while writing the book, i.e. books, movies, music, etc.?

There are subtle nods to horror writers like R.L. Stine, Stephen King, Darren Shan, and Dean Koontz, all of whom I read growing up and couldn’t help bringing into the text. And then there’s name drops for other horror writers I respect—Tananarive Due, Stephen Graham Jones, and Octavia Butler. James Wan, Hitchcock and Jordan Peele were my biggest inspirations on the film side when it came to evoking the more cinematic elements of atmosphere. As for music, my publisher published an official playlist for the book on the Penguin Teen site. The most notable artists I returned to while writing were Sega Bodega, Amnesia Scanner, Shygirl, and LYZZA.

Speaking of academia, two academic disciplines, Monster Theory, the study in which the monstrous body is viewed as a metaphor for the cultural body, i.e. monsters as symbolic expressions of cultural unease, and Queer Theory, have often been closely tied together. What are your thoughts on this?

I think monster stories are an ideal way to explore what it means to be “other” to society. Monster representation is about as diverse as human representation in that they can technically fall anywhere on the spectrum of good and evil, but there’s often a perception that is at odds with the truth of what they are. The whole monster theme leaves a lot of room for ambiguity, especially when building a villain. I enjoyed highlighting Jake’s internal thought processes as he experienced racism and homophobia, tracking the effects of violence on a boy who is soft but has to exist in a body seen as inherently aggressive. We’re seeing vulnerability underneath perceived monstrosity, and how the perception of monstrosity can potentially aggravate and bring out monstrous behavior.

Aside from writing, what are some of your other hobbies and interests?

My two favorite hobbies are hiking nature trails and perusing bookstores. In addition to that, I love candle collecting, and finding new mood lighting and art to add to my living space. I’m a huge introvert and am probably inside when I’m not with nature. So, it’s all about the Zen for me.

What advice would you have to give to aspiring writers hoping to enter the field and working on their craft?

Be as self-disciplined as you are daring. Read a lot, write even when the words aren’t great, and lean into the style that feels natural. Honor your voice rather than try to follow a formula. The market is always changing so you just have to know what you’re good at and develop that thing.

In a recent essay you wrote about how books can and should contain “radical” potential in our current age of activism. Could you expand your thoughts on this?

I’m speaking to the YA market when I emphasize the need for radical fiction because recent stories in this age category are politically safe. They are very moderate. I’m a radical leftist and I know teens have a need for radical books that make bold choices in what they portray, and the conclusions they draw, which go beyond surface level representation. In adult fiction, we engage with the weariness we feel as overworked citizens who aren’t listened to by officials, bosses, significant others who have power. And teens need the same thing, but reflecting the adults in their lives who are oppressive, power hungry, and politically regressive. We need art that is dramatic and risky. Our world is dying due to climate change. The capitalist economy is falling because empathy and compassion have been eroded by corporate greed. Our most relevant work should be looking into these issues, the reasons for them, and preparing us for what comes next.

I’d love to be asked more about food I’ve tried recently that I loved. I recently tried alligator and it was delicious—tasted like chicken. And my stomach had no idea what to do with that meat coming down the tubes but it was worth it. The next weird food I want to try is shark. Food is another one of my passions.

Are there any projects you are currently working on that you feel free to speak about?

I’m going through this period where I’m trying a bunch of different things just to see what I can do. I will likely settle on horror again but right now I’m sorting through the lore I’ve been developing for the past few years and forming a plot that works for my next book. I know it will be good bloody fun that critiques academia and the patriarchy. I think I’m in the stage of my writing where I can kick off a series opener, so fingers crossed that a tentpole series works out.

What LGBTQIA+ books/ authors would you recommend to the readers of Geeks OUT?
I highly recommend Rivers Solomon and Akwaeke Emezi, and basically anything they write. I have Bath Haus by P.J. Vernon on my tbr and I’m dying to read that soon. Also, TJ Klune’s The House in the Cerulean Sea is great if you like superhero fantasy with wholesome vibes. I’d also recommend The Unbroken by C.L. Clark for lovers of epic fantasy.