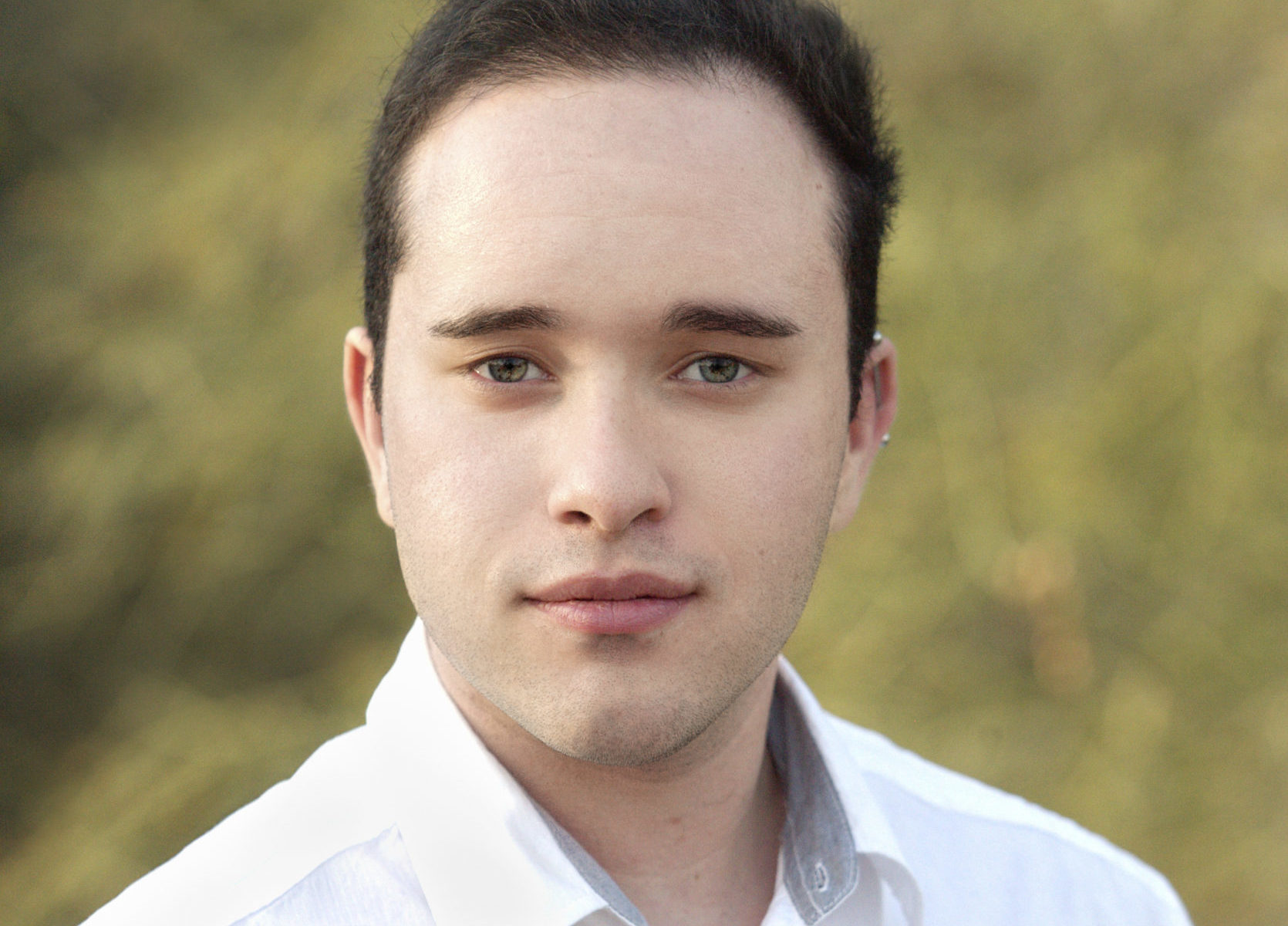 Aden Polydoros grew up in Illinois and Arizona, and has a bachelor’s degree in English from Northern Arizona University. When he isn’t writing, he enjoys going to antique fairs and flea markets. His debut novel, The City Beautiful, is available now. He can be found on Twitter at @AdenPolydoros.

I had the opportunity to interview Aden, which you can read below.

First of all, welcome to Geeks OUT and congratulations on your debut book, The City Beautiful? Could you tell us a little about yourself?

Thank you! There isn’t really much to tell. A couple years ago, I acquired my bachelor’s degree at Northern Arizona University, and ever since then, have been working toward becoming a professional author. In particular, I’m interested in writing stories with queer and Jewish protagonists, since I didn’t have that kind of representation growing up.

How would you describe The City Beautiful? And where did the title and inspiration for this book come from?

The City Beautiful is a queer gothic thriller that draws from Jewish folklore. Set during the 1893 World’s Fair, it is about 17-year-old Alter Rosen, who recently immigrated to the US from Romania, and after being possessed by his best friend’s vengeful dybbuk, is forced to embark on a quest to free himself from the ghostly possession.

It would seem that a lot of historical research has gone into this book. How would you describe the process and how it intertwined with you writing the actual novel?

It was definitely important for me to get the research right. A lot of it was spent working on the timeline, trying to figure out how to link the different events in the story together. The story follows a very tight timeline, beginning on the Fourth of July and ending the same day as a disaster that occurred at the World’s Fair, on July 11th, so I wanted to keep as close to that timeframe as possible.

The other research I focused on involved Jewish folklore and customs, as well as the evolution of LGBTQ+ rights. I wanted to figure out how Alter would have acted, talked, etc. during that time, considering both the era, the Jewish communities in Romania at the time, and his level of observance.

As a queer Jewish person, I quickly want to say how grateful I am that more books like yours exist in the world. I feel like there’s often this gatekeeping or expectation about what Jewish stories can be, or are allowed to be, which usually involves a certain type of pain that you might be familiar with. Could you tell us how you felt writing this story into existence?

I’m not going to lie—this was a difficult story to write at times. I drew from some of my own experiences and feelings, so I became emotionally invested in the project. But it was so important for me to get it out there. Like you said—for me at least, it sometimes feels like there’s an expectation for Jewish stories to focus solely around the Holocaust, and to reduce the Jewish characters in those stories to passive victims. I grew up reading Holocaust stories, and more often than not, the Jewish characters weren’t even the POV characters. I wanted to change that.

What are your hopes for the future of queer/Jewish fiction?

I’m hoping that more queer and Jewish stories will be brought into the world. I already feel like there’s so many of them coming forward, and I’m so excited for what the future holds in publishing. I know that I’ll be working on more.

I can’t really think of anything else. The only other interesting thing about me is my love of antiques.

Probably: What other sort of media projects are you interested in working on? And to answer—I’d really love to someday write for video games or television, or do IP work.

I have a few books in the pipeline. My next YA, BONEWEAVER is a dark Slavic fantasy coming out in Fall 2022, while my MG debut, THE RING OF SOLOMON, comes out in winter 2023.

What advice would you give to aspiring writers, especially those looking to finish their first book?

Don’t give up. This industry can be difficult and lonely at times, but it’s important to keep going and believe in the story you’re trying to tell.

I’m incredibly excited for HELL FOLLOWED WITH US by Andrew Joseph White. I read an ARC of it, and it’s absolutely incredible. I also can’t wait to read FROM DUST, A FLAME by Rebecca Podos, which is a queer Jewish fantasy.