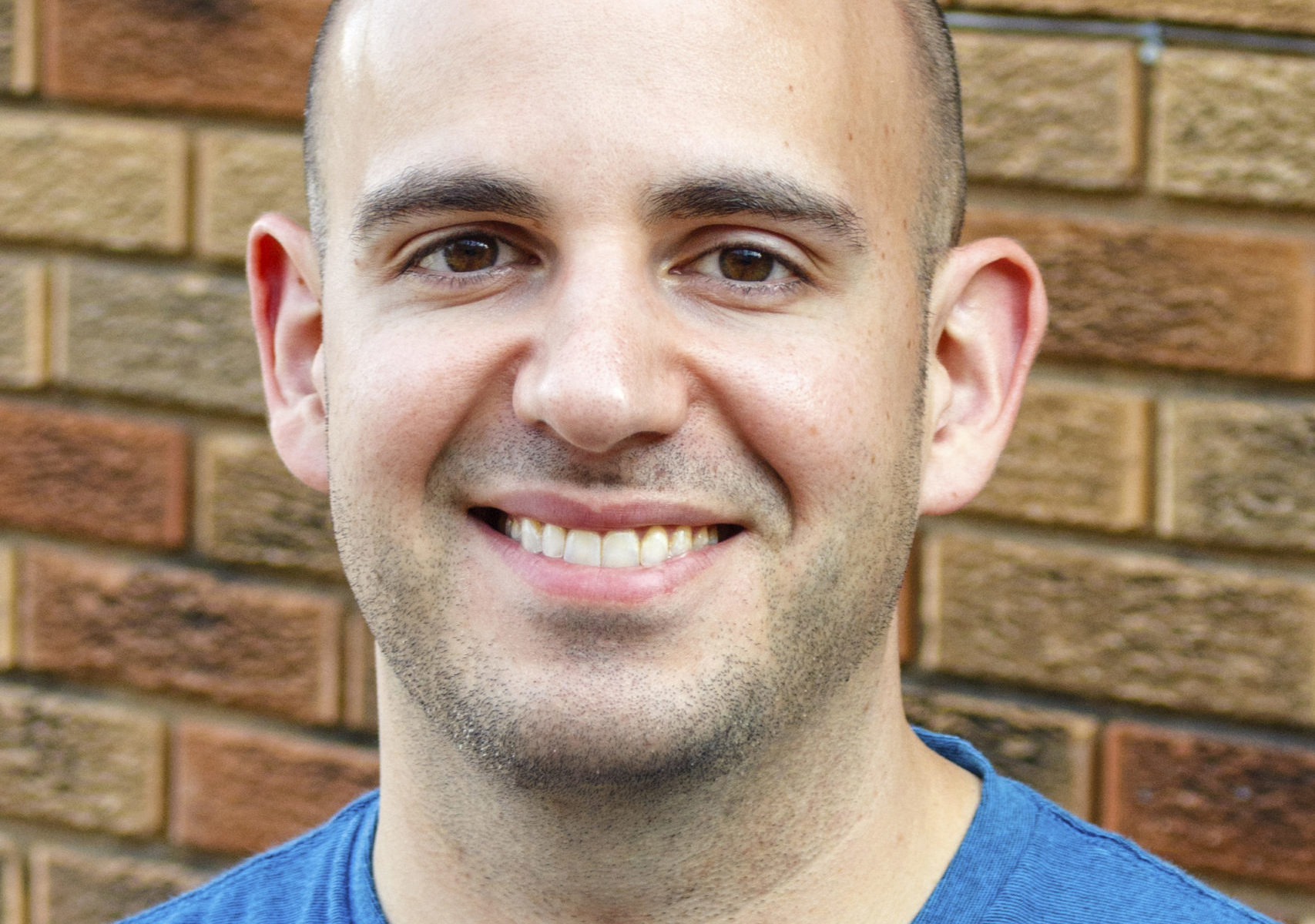 ADIB KHORRAM is the author of DARIUS THE GREAT IS NOT OKAY, which earned the William C. Morris Debut Award, the Asian/Pacific American Award for Young Adult Literature, and a Boston Globe–Horn Book Honor, as well as a multitude of other honors and accolades. His followup, DARIUS THE GREAT DESERVES BETTER, received three starred reviews, was an Indie Bestseller, and received a Stonewall Honor. His latest novel, KISS & TELL, received four starred reviews. His debut picture book, SEVEN SPECIAL SOMETHINGS: A NOWRUZ STORY was released in 2021. When he isn’t writing, you can find him learning to do a Lutz jump, practicing his handstands, or steeping a cup of oolong. He lives in Kansas City, Missouri, where people don’t usually talk about themselves in the third person. You can find him on Twitter (@adibkhorram), or Instagram (@adibkhorram).

I had the opportunity to interview Adib, which you can read below.

Sure! My oldest fandom is probably Star Trek, followed closely by The Transformers, both of which I was introduced to around second or third grade. As I got older I fell into Marvel (specifically the 90s cartoons) HARD but I fell right back out of Marvel when I realized how expensive collecting comics can get. Like many people, Yuri!!! On ICE was the only thing that got me through the darkest part of 2016, and during the pandemic, I plunged headlong into obsession with The Untamed. Also, I still think Chrono Trigger is the greatest game of all time.

How did you realize you wanted to be a storyteller and what do you think attracted you to young adult fiction?

I don’t think I ever had the conscious realization that I wanted to be one, so much as I accidentally fell into it. I had a dayjob with occasionally intense bursts of hurry-up-and-wait time, where I couldn’t leave but I couldn’t do anything else, I was stuck at my desk or at a computer, and I found myself writing. When I was younger I wrote some fanfiction with my friends, and as I got older I dabbled in playwriting and screenwriting, but novels really felt like the right fit. YA in particular is such a vibrant, exciting space. Adult life can often feel painfully pretentious; YA is visceral and honest.

How would you describe your writing process in general? What inspires you to write and finish writing?

Bold of you to assume I have a process! So far every book has been different. But for the most part, what I try to do is write from about 1:00 to 5:00 PM every weekday, because that’s when I feel most creative, and give myself the weekends off. I’m a pantser by nature but I sometimes try to plot things out if the story seems to require it. Sometimes it works; sometimes not. And my bills inspire me to hit my deadlines! I got laid off from my day job during the pandemic so I’m a full-time writer now.

I love, love, love the initial ideation process—when a story starts coalescing in my brain, in random notes scrawled in notebooks or my phone. And I really like revision (usually)—taking something that’s not working and making it better. First drafts, especially beginnings thereof, are always difficult for me. Of all the books I’ve written (both published and unpublished), I can only think of one that I got the right opening on the first try.

Something that many people admire about your work is your honest and touching portrayal of mental health, specifically depression in your first book, Darius the Great is Not Okay. When you first started writing the Darius books was that something you had always wanted to explore or did it just organically evolve that way?

I wouldn’t say I knew it right from the start, but very early on I realized I wanted to explore depression. I started drafting the book in 2015, right when a whole bunch of books involving suicide came out, in ways I felt both romanticized and stigmatized it. I wanted to push back against the narrative that depression (or mental illness) is or should be the defining characteristic of a person, a life, or a story.

When we think of Hollywood’s or any mainstream corporation’s idea of “relatability” their first go-to is the average relatable “Joe” who’s usually a cis white guy of no particular origin. Yet (and this is on a quick personal note) as a queer person coming from another diaspora background reading Darius the Great is Not Okay felt so familiar in the sense of being able to relate to Darius’s struggles to balance different cultures while never feeling quite “enough” in certain ways and always feeling out of place. What are your thoughts on cultural specificity reaching the universal?

This is such an interesting question. On the one hand—the US, where I live, is becoming less and less cisgender and heterosexual and white. And so what was once marginalized is now majoratized. (Spell check informs me that this is not a word, but it’s too late now.) But more to your point, I think there is something special that happens when you showcase a specific experience, even if it’s foreign to a large portion of your audience. For example, literally, no one is a half-Vulcan, and yet Spock continues to be one of the most beloved and related-to characters in modern geekdom. Because even if people can’t relate to his Vulcanness, people can relate to feeling like the other; or to being torn between two cultures; or to having a fraught relationship with one’s father; or to having best friendship laden with homoerotic tension. And so I think Darius draws on that—that through being hyper-specific, different readers can find different ways to relate.

A while back you wrote a children’s book called Seven Special Somethings: A Nowruz Story about Persian/Iranian New Year. I’m curious to hear your thoughts and process behind the book if you wouldn’t mind sharing?

No thoughts, only vibes! To be honest, I owe a lot to my agent, Molly O’Neill, for inspiring this story. She mentioned to me one day that many readers seemed to love the celebration of Nowruz in Darius the Great Is Not Okay, and noted that there wer-en’t many picture books on the subject, and asked if I would be interested in trying my hand at one. What followed was a crash course in the subject (I read over a hundred picture books over the span of about two weeks!), and what I would consider a decent attempt at a first draft. Process-wise, it’s shorter: no matter how you size it up, no matter how much deep thinking goes into the best-crafted picture books, at the end of the day there are less words and that means less physical typing. But what surprised me most about picture book writing was how it related to my screenwriting days: leaving room for a collaborator to interact with the text, embolden it, elevate it.

And, aside from that: children are the toughest audience! I wanted to do right be them. And also make them laugh so they didn’t think I was boring.

In my thirties I’ve become a Vinyl Person™ in that I’ve started collecting vinyl records. Some of my favorites are video game soundtracks, Studio Ghibli soundtracks, and of course the discography of Pink Floyd, which for some reason I resonate with, even though it was recently described to me as “dad rock.”

I’m always wary of giving advice. Everyone is unique, as a person and as a writer. So instead I tell people: try taking a lot of advice, but on a limited timetable. Try lots of things: where to write, when to write, how to write, how often to write. See what feels good to you. See what sparks joy. And reevaluate often. Every book is different. Sometimes, within a book, every draft is different!

And the one universal piece of advice I give is: don’t let your sense of self come from your writing. You are a full, complete, fabulous human being, whether you never write another word or not. Whether you ever get published or not.

Can you tell us about your latest book, Kiss & Tell?

Kiss & Tell has had a long journey. From when I first conceived of it in 2014 (when it was concerned with coming out, and murder!!) to 2020 (when it became concerned with the pressures of being out, the performance of queerness for the masses, and what it means to be an ally), my own life changed drastically, both personally and professionally.

As someone who both exists in fandom spaces, and is occasionally the object of those spaces, I’ve become increasingly aware of the way that identity, queer identity in particular, can be commodified and consumed. And I wanted to interrogate that.

And, also, I love boy bands, and music in general. I wrote the book in 2020 and revised it in 2020 and 2021, and writing about concerts and travel when I was cooped up at home was quite a balm.

I just announced my next picture book, Bijan Always Wins, about a boy who turns everything in life into a competition to be won—and the toll it takes on his friendships. It’s really cute and I’m so excited for it!

I will literally always recommend Julian Winters’ complete bibliography to anyone and everyone who asks. His latest, Right Where I Left You, was luminous: friendship and love and lots of fandom and super-geeky and happy, happy, happy in the way only Julian Winters books are.

Tessa Gratton’s Moon Dark Smile comes out later this year, sequel to Night Shine. I’ve said it before, but if you ever wondered what would happen if you put Spirited Away and a bunch of rainbows into a blender, Night Shine is it. And Moon Dark Smile expands upon that world, introducing even more queerness, and at the end, leaving this beautiful message about how love can transform us in ways we never anticipated.

And my latest bookish obsession is Lio Min’s Beating Heart Baby, which is about music and anime and internet friends and toxic masculinity and the way that as we grapple with our queer selves, our anger can explode outward and hurt the people that we love (and that love us in turn) the most—and that there’s a way back, if we can be honest with each other, offer and accept grace, and always try to be better tomorrow than we were yesterday.