It wasn’t until 2016 that I started watching Buffy the Vampire Slayer. It had been one of my biggest pop cultural blind spots for years, but I was as defensive about never having seen it as I was ashamed. I was aware of the very positive criticism it had received from now-Pulitzer-prize-winner Emily Nussbaum who once described the show as “emphasizing luminous genre myths.” 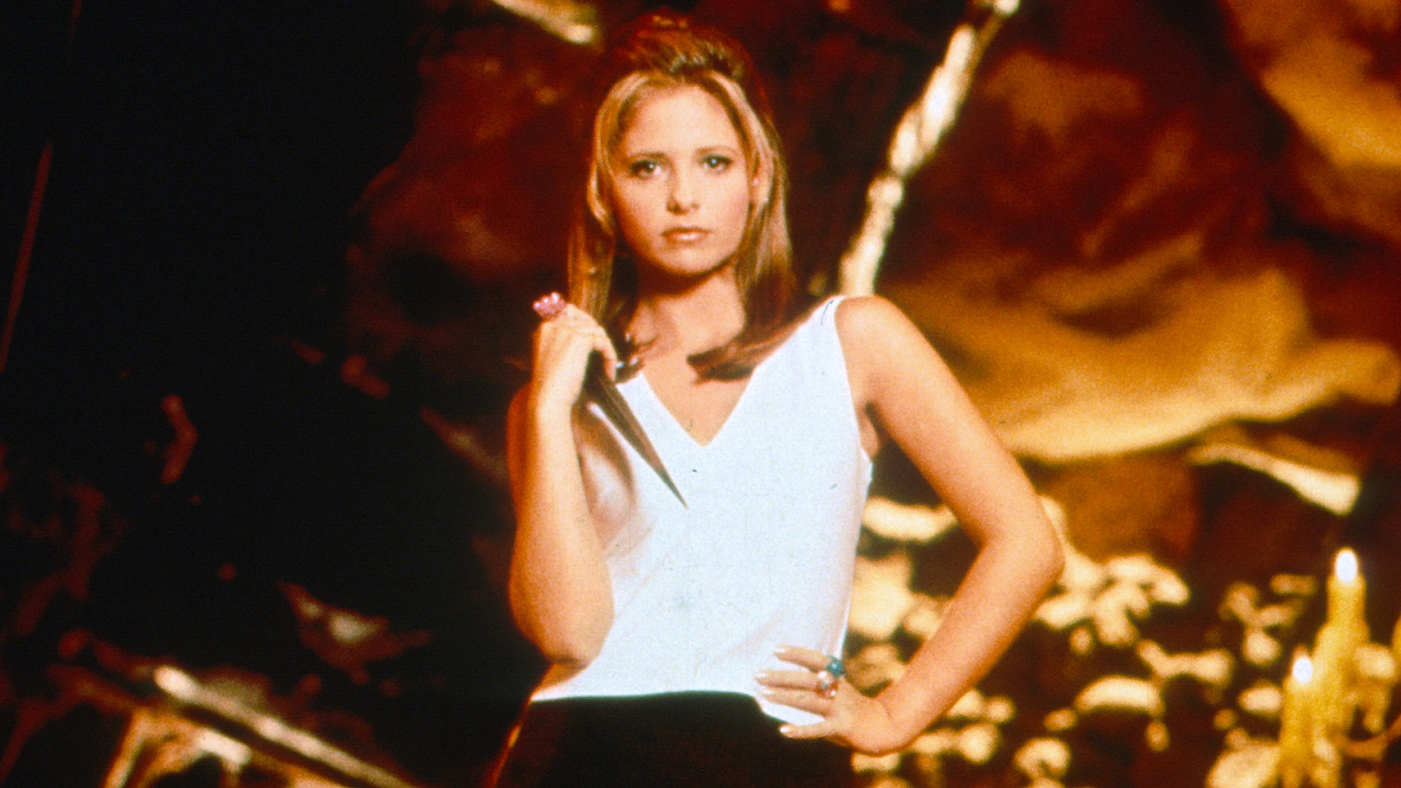 I had watched some of the spin-off series Angel, because it seemed more mature and relatable, though that may have been my way of dismissing Buffy as immature. Also, an acolyte of Evangelical Christian and Republican political operative Chuck Colson wrote a not-negative review of Angel, describing it as a “flower in the wasteland,” which intrigued me. (Because I was a very different person back then.)

There was no magical argument that finally convinced me to start watching Buffy. It had become easier to resist watching the show with time, especially when I had heard that it only “really got going” in seasons 3 and 4. Being a completist when it comes to TV shows, I feel a need to begin with season 1, episode 1 and watch everything until the finale. I saw no reason to sit through two or three seasons of dreck to get to the stuff worth watching. This was an excuse more than anything else, because there’s plenty to like in seasons 1 and 2, but I didn’t know that at the time. So in 2016, almost 20 years after the season 1 episode 1 was first broadcast, I tried to attend a live performance of the musical episode at a local gay bar here in Chicago, and a friend offered to help initiate me into the first season. I became hooked almost immediately, and we began marathons of episodes anytime we could hang out. I would stay up late with my Netflix queue to see how cliffhangers played out or to re-watch favorite moments from episodes I had just seen. I even live-tweeted an episode and gained Juliet Landau as a follower!

There were many reasons why I didn’t watch Buffy the Vampire Slayer while it was being broadcast between 1997 and 2003. For one, my strict religious upbringing prohibited anything “occult” in nature. Vampires, witches, and demons, even if portrayed negatively, were corrupting influences allowing Satan to lead us astray. I have vivid memories of my grandmother frowning at a Tales from the Crypt comic I bought and dismissing it as “sinful.” Favorite aunts of mine had trouble with The Mighty Thor due to “paganism.”

Another reason I didn’t watch was that so much of it looked and sounded ridiculous to me. I know I shouldn’’t hold a show’s budgetary restraints against it, but I couldn’t help myself. I would get bored whenever friends tried to convince me of Buffy’s greatness by quoting millennia-old mythology about the Buffy-verse. (This was and still is a terrible idea, by the way; the best thing about this show is the characters, not the arcane world-building about classes of demons.)

Finally, I had something of a contrarian streak that made me kick against anyone telling me I had to watch something. In my defense, if this simple assertion was all I had heard, and my friends had left it at that, then maybe I would have started watching around season 3 or 4. I’ve admitted that I was not receptive and was shamefully judgmental, but it didn’t help when a former college roommate, red in the face, with veins bulging, screamed at me about what an essential show it was. When someone grabbed me by the shoulders and hassled me over not having started the show, this engendered in me nothing but a desire to get away from that person.

I’m glad I’m watching it now, and that’s what matters. But I would caution fans against being too insistent. Geek culture and fandom can be intimidating. I understand the urgency, but it can scare people off or make them feel “less than” because they haven’t gotten around to something. Our enjoyment and admiration of something doesn’t need to become gatekeeping, condescension, or hostility. Leave the gates open, and people will find their way inside. Even if it takes a couple of decades.

I recognize the show now for how important it is, not only to the television medium or genre storytelling but to individual people who learned about themselves and others because of it. I have no doubt it will be enjoyed by generations to come.

Do I regret not watching Buffy the Vampire Slayer sooner? Yes and no. If I had watched it back then, I probably would have nitpicked the special effects instead of enjoying their charms. I would have grumbled about plot holes instead of becoming enamored with the characters. I am not the person I was back then, and I can enjoy this show better now as the classic it always has been. I can laugh with my friends over poorly rendered CGI giant wasps and acknowledge the horror of nightmares coming true. I still disagree that I have to watch every episode, but I’m going to anyway. I’m not entirely convinced that it was essential to see the one with the papier-mâché praying mantis demon, and I can already tell that I’m going to be disappointed with certain plot developments in season 7. I was hoping to finish the series in time to write this article, but it’s kind of fitting that I haven’t. I have so much to look forward to. I’ll get to articulate my opinion on Dawn Summers, and I’m excited by the prospect of “Once More with Feeling.” There’s a joy of anticipation and discovery that has made the wait worthwhile.