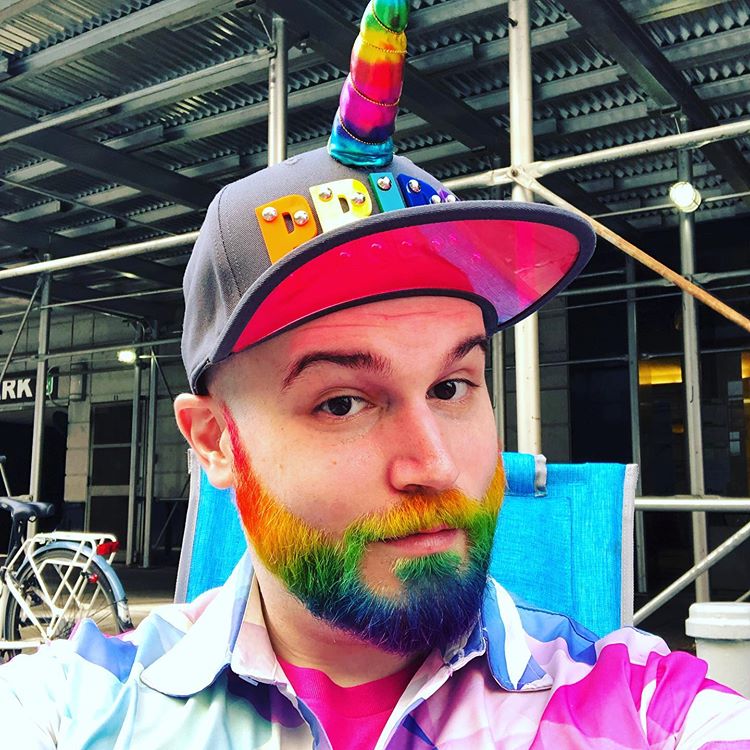 We here at Geeks OUT want you, the reader, to know more about who we are. To help with that, we’ve started interviewing members of our board so you know what makes us tick. Here’s our first interview!

Who are you and what do you do for Geeks OUT?
I’m Steve Gianaca. I’m the Vice President of Geeks OUT and current chair of Flame Con.
How did you first get involved?
I found Geeks OUT while visiting PAX East in Boston almost 6 years ago. I found out they were local to NYC and emailed to get involved. I had a “small world” moment when my coworker emailed me at home shortly afterward. I thought there was a work emergency, but it turned out my coworker of two years in NYC was actually the founder of the non-profit I found in Boston, Geeks OUT. I’ve been involved ever since.
What makes you geek out?
So much! I love comics, fantasy and sci-fi of course, but my biggest nerd-hobby is gaming. Final Fantasy, Dragon Quest, Kingdom Hearts, Pokemon, Pikmin, Mortal Kombat, Katamari… the list goes on and on and on.
What fictional character had the most inspirational story arc to you and why?
Tohru Honda from Fruits Baskets comes to mind. In a world where others may intimidate you, the strength to compete can be found in kindness, compassion and growth.
What book/tv show/comic/etc are you enjoying now?
I’m currently diving down the rabbit hole and playing the original Dragon Quest games before 11 comes out on Switch.
What are your favorite geeky past times?
My yearly sojourn to PAX East is one of my favorite palette-cleansers from the stresses of life.
What’s Something underrated you think could use a shout out?
Local gamer meetups! I personally love the low-key atmosphere at Rockbar in NYC every Saturday from 3-9.
Who do you ship?
Axel and Roxas from Kingdom Hearts. Or Luxord and anyone Luxord is currently talking to, from Kingdom Hearts. He’s too swarthy for his own good.
What fictional setting would you most want to live in?
Send me to the Pokemon world please!
Who would your bff be?
In the pokemon world? I’d love a clique with Cynthia and Wallace.
What was your introduction to geekdom?
When I was in preschool, my older brother would sometimes setup my dad’s ancient and barely-working Intellivision. It was my first exposure to video games, quickly followed by the NES and Gameboy.

We hope you dug this interview and hope to see a bunch of you at Flame Con this weekend!