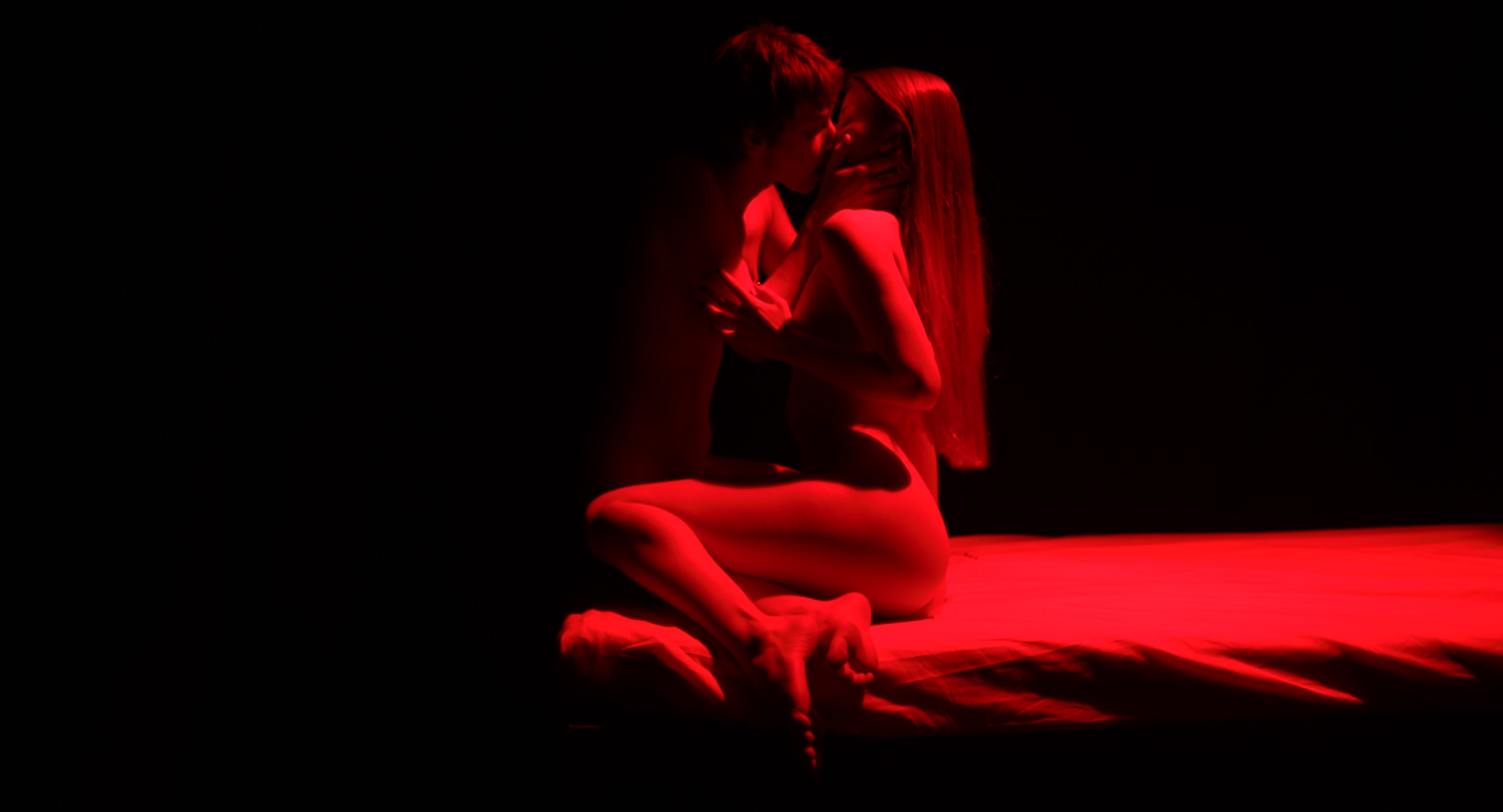 This year marks the second year for Slayed! LGBTQ Horror Shorts at the Brooklyn Horror Film Festival.  This co-presentation with NYC’s queer NewFest film festival continues to offer an eclectic and interesting selection, even if a couple of entries fell a little flat.

In “Jeremiah,” a young Asian man with a crush on his football teammate is troubled by visions of a folk tale monster he grew up dreading.  The eerie cinematography and locations are top notch, as are the young actors playing the boys; they have a believable chemistry.  The Hitchcockian score also adds a sense of dread.  But the short left me wanting more information on the monster and the storyline—it may be intended as a pitch for a feature length film.

In the Spanish language “Estigma,” my favorite of the program, two young men start to get it on—but a freakish insect interrupts their liaison.  I’ve long remarked that some of the best horror exaggerates real life fears, and this short dramatizes the anxiety experienced by HIV positive men quite well.  The makeup and practical effects really help sell the film, and the two leads are authentic and sexy.

The black-and-white “The Original” concerns a lesbian couple and has an intriguing premise: a specialized surgery can transfer the ailing partner’s mind into a healthy new body.  But although the piece is emotional, creepy, and at times darkly humorous, the ending didn’t quite land for me.  I was left with a lot of questions; maybe this, too, is a stealth feature film proposal.

My two least favorite shorts, though very different, both come off as one-note gags that barely justify their extremely brief runtimes.  “Penance” is a smug, heavy handed take that! to the Catholic Church’s homophobia.  It’s a deserving target—I say that as a former Catholic myself—but the gruesome perversion of communion doesn’t really go far enough to be truly satisfying.  It abruptly ends before it can justify its own existence.  Meanwhile, the bizarre “Docking” was somehow selected by the Sundance Film Festival; I can only assume somebody wanted to be cool and subversive by picking it.  It’s nothing but a dirty visual joke with giant erect penises subbing in for Star Wars spaceships.  I’m no prude, but this just felt like a waste of time, effort, and money.

“Bathroom Troll” is a candy colored satire that, while not as clever or as much of a statement as it thinks it is, is nothing less well-executed and quite fun.  The crowd-pleasing Carrie takeoff has “Cassie,” an androgynous teen, getting tormented in the bathroom by mean girls and then roped into a plot by her religious zealot mother.  The twist is that, unlike Carrie’s mom, Cassie’s is a Satanist, and the pair conjure up a demon to enact vengeance.  The demon is entertainingly campy/vicious in the Freddy mode, and every actress (it’s an all-female ensemble) knows exactly what tone to hit to make this short work.  I just wish there was a clearer transgender element, since the recent “bathroom panic” was clearly the inspiration here.

The program ended on a high note with the endearing “Switch,” a sort of 21st century Orlando with a teen who inexplicably changes genders– and lovers.  It’s fun, engaging, and sexually explicit, but in a very heartfelt and tender way.  The young cast is appealingly naturalistic, and the performers who play the lead’s two personas complement each other quite well.