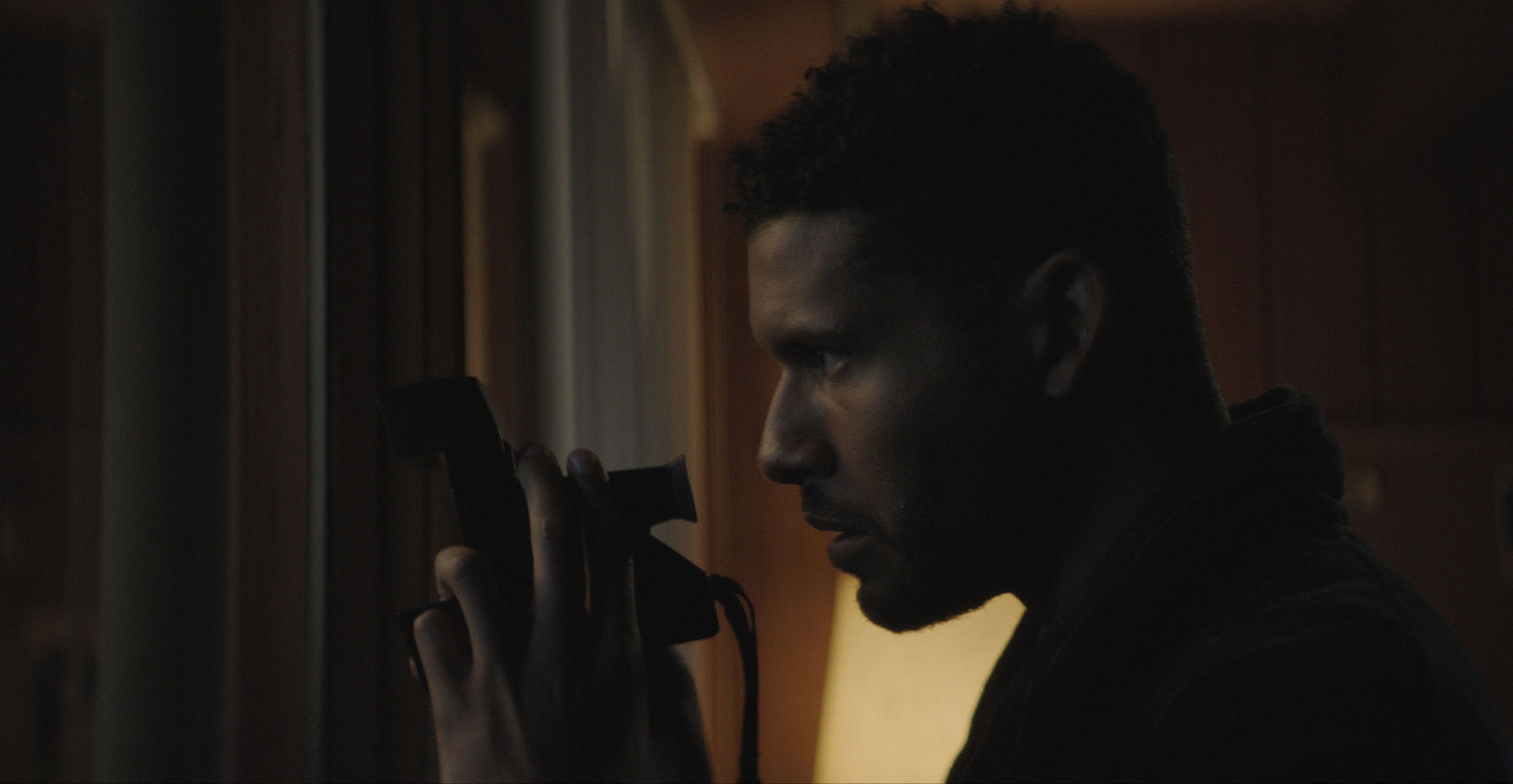 Spiral is the quintessential film I wanted to like more than I actually did.  I was excited to review a queer horror film, especially one specifically addressing homophobia in the 1990s.  Alas, Spiral’s reach winds up exceeding its grasp.

In director Kurtis David Harder’s film, a gay couple with a teenage daughter move to a small town—and Malik (Jeffrey Bowyer-Chapman) soon suspects something is amiss.  Are the neighbors part of some bizarre cult?  Did the lesbian family who lived in the house previously suffer a horrible fate?  Or is Malik—still traumatized from a hate crime years earlier– just suffering from a delusion?

Bowyer-Chapman (UnREAL) is the best part of the movie.  He gives an arresting performance and is believable, endearing, and sexy as a gay man trying to find his footing in a relationship with an older man and as a step parent.  As his partner Aaron, Ari Cohen essentially plays the standard disbelieving husband role we’ve seen in countless horror films, but for the most part he avoids coming off as unsympathetic (he’s a cute daddy, too).  Jennifer Laporte is the other cast stand out as daughter Kayla, whose angst never rings false. Lochlyn Munro (Betty’s slimy dad on Riverdale) is effortlessly slimy here as the suspicious neighbor.

The set-up is tight, with the film seemingly aspiring to be a gay take on Rosemary’s Baby and/or Get Out.  Intriguing threads are set up: Malik realizes the documentary he’s editing is about a conversion therapy advocate; the grieving man from next door seems like he might be interested in Malik; blackmail photos appear to threaten his relationship with Aaron.  But the shift to overtly supernatural content feels jarring and a little silly, and those three threads never really pay off.  By the time the end game is revealed, Spiral has trampled over the goodwill it earned during its first hour.  The tone is a problem, too; the premise is fairly ludicrous, but the movie wants to be deadly serious.  If it had leaned into the campiness a bit, it might have been an enjoyably pulpy allegorical thriller.  Instead, the movie comes off as pretentious, with its statement on the shared struggles of different marginalized groups landing with all the subtlety of a cartoon anvil.  (A quote lifted from Harvey Milk feels almost blasphemous.) What’s more, the audience’s investment in Malik and his family is betrayed rather callously by the narrative.  Ultimately, Spiral is a misfire, though I’d love to see Bowyer-Chapman in bigger and better things.