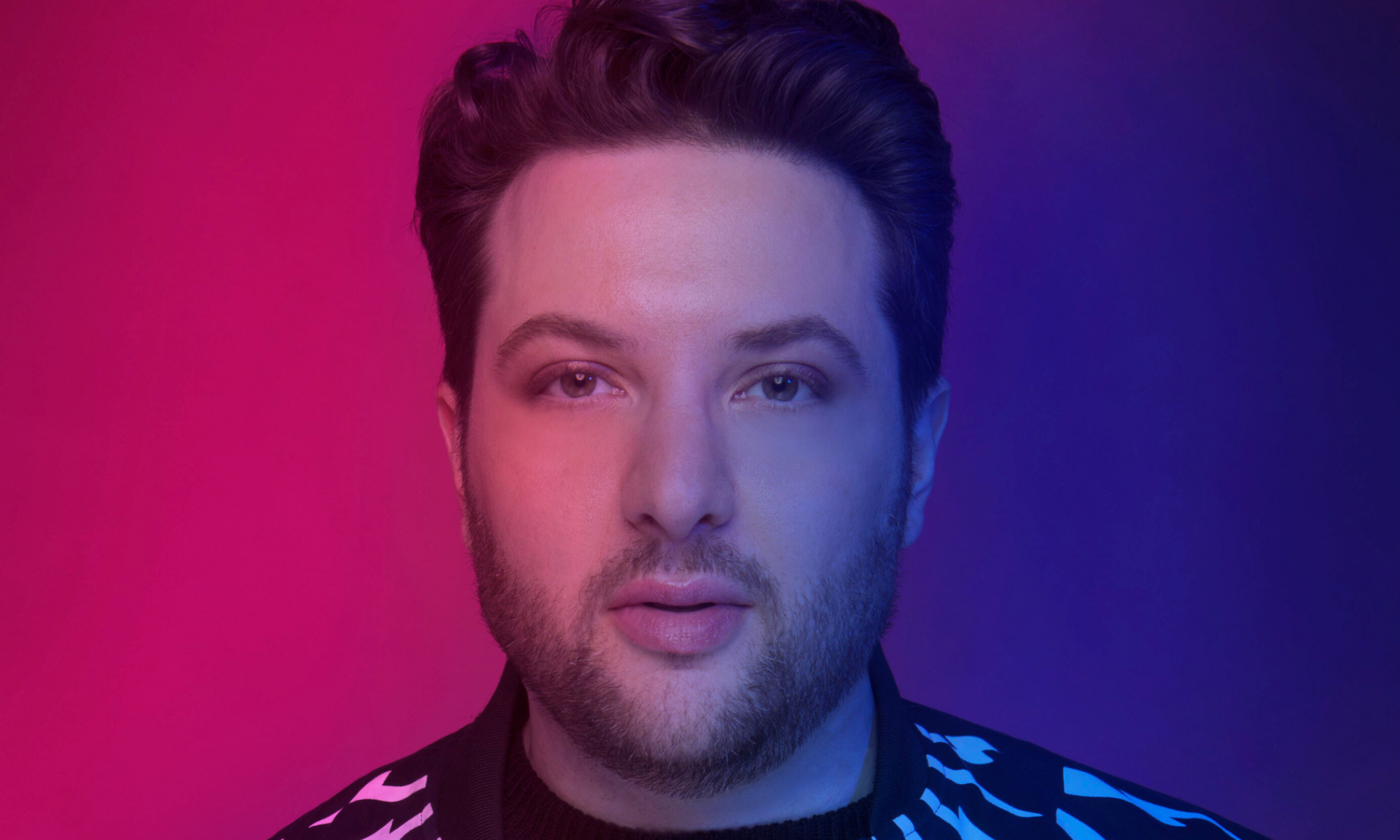 A writer for all ages, L.C. Rosen (otherwise known as Lev Rosen) is the author of Young-Adult books Jack of Hearts (and Other Parts) as well as the upcoming novel Camp coming out on May 26th that you can pre-order here. Known for their sex positively and deconstruction of toxic masculinity, Rosen’s books are unapologetically queer, as quoted to give “queer kids own voices queer writing. So they can see THEMSELVES, and not their reflection in straight culture’s eyes. Let queer kids see themselves as messy, and making mistakes and HUMAN.” L.C. Rosen lives in New York with his husband and cat.

Geeks OUT’s own Michele Kirichanskaya had the privilege to ask Rosen some questions about their previous and upcoming work.

When and how did you first realize you wanted to become an author?

I’ve been writing my entire life.  At my 8th grade “graduation” the teachers gave me a little wizard figure and told me I was a “wizard with words” and was sure to be a writer.  I still have it!  I’ve just always loved stories and making up stories.  I honestly feel like I never had a choice in the matter.  Oh, except lawyer.  Dad really wanted me to be a lawyer (like him).  I think I made the right decision.

What was the inspiration for Camp?

The real starting inspiration was this desire to do a contemporary queer YA version of a 1960s Doris Day/Rock Hudson sex comedy.  I have no idea where that desire came from (probably watching Down With Love over and over), but once it was in my brain, I fussed around with it until I realized that instead of a battle of the sexes, it could be a battle of the masc/femme.  And these movies always have a playboy pretending to be a romantic to woo a romantic woman, but then they actually become a romantic!  But that alone felt like an unpleasant motivation.  So I mixed up the elements a bit – a romantic pretending to be a butch to win the supposed love of his life felt like a modern queer interpretation of those elements.  But once I started writing it, I realized I needed to sort of get to the heart of Hudson’s masc4masc mentality and if Randy really feels like it’s love if he’s pretending to be different, and it opened itself up to more complexity.

In 2019, the Met held an exhibition called Camp: Notes on Fashion, inviting a variety of artists and performers to provide their own interpretation on the word. In your book we see multiple meanings of the word. What’s your take on Camp?

Oh man, how much time you got?  First, I think telling people to dress camp is an act of pure sadism.  Being told to do camp means you can’t really do camp, because camp is about expectations and playing with them, so it’s defined by context.  Doing drag on a camp runway isn’t camp.  Doing drag at your grandmother’s funeral is.  So because of the expectations of camp, these poor guests were being told to do a camp version of camp, which involves playing with the idea of camp itself.  I thought Lady Gaga did an ok job of it, but she did that by making it about her performance: the changing of outfits, the parading in front of the cameras.  Celine Dion did it by becoming a camp version of Celine Dion.  She was making fun of her own image, toying with it.  But for the most part, I thought the outfits didn’t suit the nearly-impossible challenge.

As for the exhibit itself, I wished they’d provided more context.  It felt like they were saying “look, this outfit has a big collar – that’s camp, right?”  But again, it’s about context – show us what this outfit was playing with in the context of when it was created.  As for why it’s the title of my book – it wasn’t originally.  This was a title by committee situation, as often happens with books.  But I like it because it has a lot of meaning – not just the summer camp location – but the idea of the performance of gender.  That butching it up is just as camp as a drag look.  At one point in the book, Randy even puts on a “masc fashion show” for his bunkmates, mixing up his outfits to look butcher as they shout stuff like “she almost passes” and “Ooooh, honey, butch!” – it’s masculinity as a drag show.  That’s why the title works for me.  Everyone is camping up their identity – even if it’s a false one.

I’m going back to my inspiration here, and saying Down With Love.  Randy, George and maybe Ashleigh would worship the way Barbara and Vikki dress, enter a room, walk, talk.  It would be hilarious.  I’d love to see that crossover.

In a previous interview with i-D, you talked a little about the disparity between Own Voices m/m fiction and that which is written by female (often cis-het) authors? Can you expand on this?

I think that own voices m/m work in YA is something that often gets overlooked and is actually really important and vital.  The way I look at it, an author’s first audience is almost always themselves.  When you write about someone who isn’t like you (as a main character), you have to ask yourself why you want to write about them.  And I think when people who aren’t queer write queer men, the answer is often fetishizing or exploitative.  Plenty of m/m writers who aren’t queer men talk openly about how m/m makes more money, so they focus their attention there.  Or how they think m/m romance is hot (the same way straight men would say lesbian porn is hot).  When you’re writing for adults, that doesn’t matter much, because adults usually have a sense of their own sexuality in relation to the outside world, have a sense of their own identity.  But when you’re talking about teenagers, who are still figuring out how the world sees them, if they look for that in a book that was written by someone who wrote about people like the teenager just because it turns them on, or because it makes them money, then that view is going to be in the writing, and it’s how the teenager is going to end up seeing themself.  They’re going to fetishize themselves, or see themselves as an object for straight people to tell stories about, as opposed to someone with their own stories to tell.  Authenticity is important because it tells queer teens about what being queer is really like.  And that’s not to say non-gay men shouldn’t write stories about gay men, but I think it requires a real examination of their motives and a willingness to make someone else the first audience and put their own viewpoints as secondary, which is difficult.  It means doing the work, and talking to queer men about their experiences, and how they see themselves and how the world sees them.  And it means not just writing about gay men because you think it’s fun or hot or whatever.  If you want to do that and keep it in a journal, fine, I won’t kink shame.  But if you’re doing it to be published and read by queer teens, then you’re essentially telling queer teens that they exist for your pleasure or to make money off of.  That’s not cool.

In both your books, Jack of Hearts (And Other Parts) and Camp, you talk about the prominence of femme shaming of queer men, even within the queer community itself. How is this topic relevant for you as well as relevant for the YA audience?

I think a lot of gay men grew up thinking that being gay meant behaving in a specific way, and if they were like me, they resented that, and so tried to prove we were more than just the vapid stereotypes we saw on TV, and which our peers expected of us.  But the truth is, that’s just straight people telling gay people what being gay is: either you’re a stereotype, or you’re a “real person” – which means you act the way straight people do, defined by the patriarchy and obsolete gender roles.

In Jack of Hearts, I wanted to show the way straight culture punishes gay men for having the nerve to be both a stereotype and full-fledged human, and I wanted readers to see someone who acted like a “bad gay” but was a complicated and good person.  But with Camp I want to play with the way gay people can internalize that and then become enforcers of the patriarchy ourselves.  I thought a lot about the idea of the “Special Gay.”  That is, gay men who come out, and whose homophobic parents or friends tell them “I don’t like gay people aside from you – you’re special, you don’t act like the rest of them.”  When you’re a teenager and your parents or friends tell you that, you start clinging to that identity because you know the moment you wander from it, you’ll be rejected by the people you depend on.  You internalize it – it becomes the most important thing about you: “I’m gay, but I’m not like those other gays.  I’m special.”  And when you start looking for romance, you know that you need to find someone else who fits those standards too, otherwise this potential partner will be rejected by your loved ones, or worse, they’ll see your choice in partner as a reflection of you and reject you.  So I wanted to play with that idea – that behaving a certain way, for queer teens, is needed to survive.  And in both Camp and Jack, what I’m really talking about is how coming out isn’t the end of a story.  It’s not a happy resolved thing like a lot of books and movies want us to believe.  One you’re out, you still experience homophobia – often even from people who love you, and that shapes the way you see your queerness.  Coming out is just a first step.  Not a happy ending.

What do you wish to see for the future of YA?

More diversity, of course, especially in terms of authors.  More diversity in terms of where YA takes place.  More queer communities in YA, instead of just one or two queer kids with mostly straight friends.  More sex-positive YA.  More YA that says “there’s no wrong way to be queer.”

Finally, are there any LGBTQ+ authors and/or books that have inspired you and your own work? Can you recommend any titles or authors for other readers?

Oh man, I have so many recommendations!  I’m going to limit myself to three.  Surrender Your Sons by Adam Sass, which is coming out soon and I had the pleasure of reading early, is this amazing queer adventure novel – essentially imagine queer kids shipped to a conversion camp on the island from Lost fighting to escape.  Julian Winters most recent book, How to Be Remy Cameron, is all about shedding labels, which is a topic dear to my heart.  And I am CRAZY excited for The Fell of Dark by Caleb Roehrig, which I haven’t read yet, but is gay vampires and Roehrig does suspense so well I’m sure it’s going to be a bloodsucking delight.