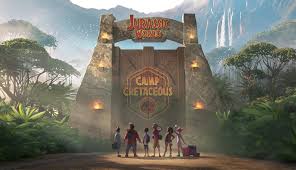 In this week’s episode of the Geeks OUT Podcast, Kevin is joined by John Jennison, as they discuss Sony developing a Silk series from Marvel, a new trailer for Jurassic World: Camp Cretaceous, and celebrate Star Trek: Discovery introducing a non-binary and a trans character in This Week in Queer.

KEVIN: Nickelodeon pulls Made by Maddie after Hair Love comparisons & a new trailer for Netflix series Grand Army drops that is already falling into controversy
JOHN: New teaser for The Haunting of Bly Manor

Sony developing Silk series along with other Marvel based shows

Star Trek: Discovery is introducing a trans and a non-binary character