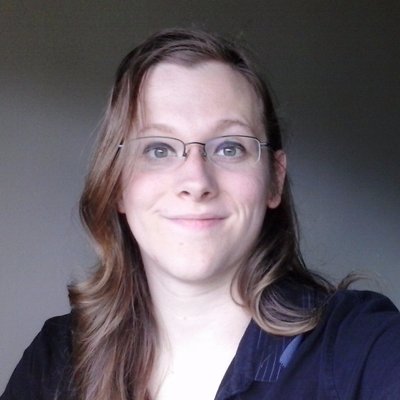 A graduate of UC Santa Cruz, April Daniels is the Lambda Literary Award nominated author of the Nemesis series, following trans superhero, Danny Tozer, who inherits her superpowers after a fateful encounter with a dying superhero. Adding to the growing LGBTQ+ superhero narrative, Daniels continues to write characters who are queer, powerful, and often a little imperfect. I had the opportunity to interview April, which you can read below.

Who are some of your favorite superheroes, fictional or in real life?

Spider-Man, when done well, is hands down the best superhero. His mix of powers and vulnerabilities is perfectly tuned. His motivations and weaknesses are tightly wound through each other and his supporting cast is balanced and expansive. He is relevant everywhere from street-level crime to cosmic warfare. The rest of us can only hope to create a character so versatile and finely conceived. Also, I just want to take this opportunity to point out that he’s even more interesting if you read him as Jewish and bisexual. No, it’s not cannon, but come on. Come on.

In various interviews, you had spoken about how you had written Danny’s physical transformation as a response to the media’s fixation/ fetishization of the trans (especially trans female) body. Could you expand on this?

Sure. Trans girls have body issues just like cis girls, and I blame ads targeted at young women for this. If, at the start of my awareness that I was trans, I’d had the option to completely rewrite my body and look however I wanted to, I’d have ended up looking something like Danielle–with a form that validates and answers the unrealistic demands of the advertisement agencies. Transition is scary. Transition is hard. Transition seems like it’s going to take forever. And at the end, there’s a big unknown of how we will look, and it’s terrifying.

Fear of ending up looking “bad” kept me from transitioning as soon as I could have. It has taken me years to understand that feeling good about how I look doesn’t require me to look like the girls in magazines. A big part of my life was spent feeling ugly and unlovable. For this, I blame the beauty and fashion industries, which push a very narrow concept of feminine power.

This is why one of Danielle’s superpowers is being “super pretty” and also why she is disgusted when she realizes what caused her to make that choice–her perceptions of herself and what she could be were warped by a childhood growing up around ads targeted at creating and exploiting insecurities among women. At first, she’s scared of losing this narrowly-proscribed beauty, but by the end of the book, after she’s seen that her beauty helped her accomplish none of the tasks that mattered, she doesn’t care so much.

Noticing the general landscape of publishing and media, while trans representation seems to be steadily (if slowly) expanding, there continues to be a dearth of rep for trans people who do not identify as straight. Why do you think that is and was Danny, who identifies as a trans lesbian, written as a response to this?

Oh Dreadnought was absolutely a reaction to that state of affairs. There was nothing–nothing–like Dreadnought out there for me when I was young. Anything which featured trans women was a Very Indie And Painfully True kind of affair set in the real world I was trying to escape, or it was lurid cis-gaze bullshit centered on demonizing and exotifying trans women. Or it was both, that was always an option, too. A really popular option, as it turned out. (Transamerica is a terrible movie that should eternally shame everyone involved.) The idea of someone changing their gender presentation was “wacky” or “scary” or “outrageous” but not “empowering” or “beautiful” or “healthy.” Transition was something broken, depraved adults did. It wasn’t something kids daydreamed about–not officially. Not publicly.

So I sat down to write what I wish I’d found when I was 15: crunchy wish fulfillment that almost completely avoided reckoning with the cruel realities of being trans while also leaving the facts that will inevitably force such a reckoning hanging out clearly in the background of the narrative. Then her parents showed up in Chapter 3 and there was no avoiding them. I realized I’d have to wing it for most of the emotional texture, and just do what felt “right.” It ended up being as much a howl of outrage as it was a celebration.

While the books fit into the superhero narrative of containing dastardly foes with larger than life powers, it seems that the actual villains are those who bear a closer resemblance to people in real life, like the TERFy Graywytch and Danny’s abusive parents. How do you think fiction can reflect the real challenges queer teens go through and inspire them to be their own heroic selves?

Really, I’d like a world where queer kids didn’t need to be heroes. I don’t really know what advice I can give except that it’s a good idea to learn when to run and when to fight and how to tell the difference. If you find yourself doing one all the time, try doing the other.

As a writer what advice would you give to other young queer writers on their own creative journeys?

Write what makes you excited. Don’t worry about breaking radical new ground, just make it as good and satisfying and exciting as you can. If if it doesn’t sell, write something else that also makes you excited. Keep writing different things that make you excited. Sooner or later, someone else will get excited, too. Don’t get too attached to your projects; none of my early work got published. The important thing is that you learn something every time you complete a project. And yes, you need to bring projects to completion even if it looks like nobody is interested in what you’re doing. They’ll become more interested once you’ve completed a few and shown them that you’re the real deal.

Are there any stories you are currently working on and are at liberty to speak about?

Yeah, I’m working on Dreadnought 3. I can’t say much about it, except that I’m determined to stick the landing on this trilogy. There aren’t many new faces in this one, but there are a lot of returning players, some whom have radically new relationships to each other, and some who are in a very different place in their lives than when we last saw them. It’s taking a long time because to tell a coherent story I have to understand how I think the world works, but after the monster’s inauguration, I decided I didn’t really know anything after all. As a consequence it’s taken a while to build back up to a coherent idea of how Danielle’s world functions. Anyhow, totally unrelated, but remember Bosco the superpowered bully? He’s a cop now.

Finally, what are some LGBTQ+ books you would recommend to the readers of Geeks OUT?