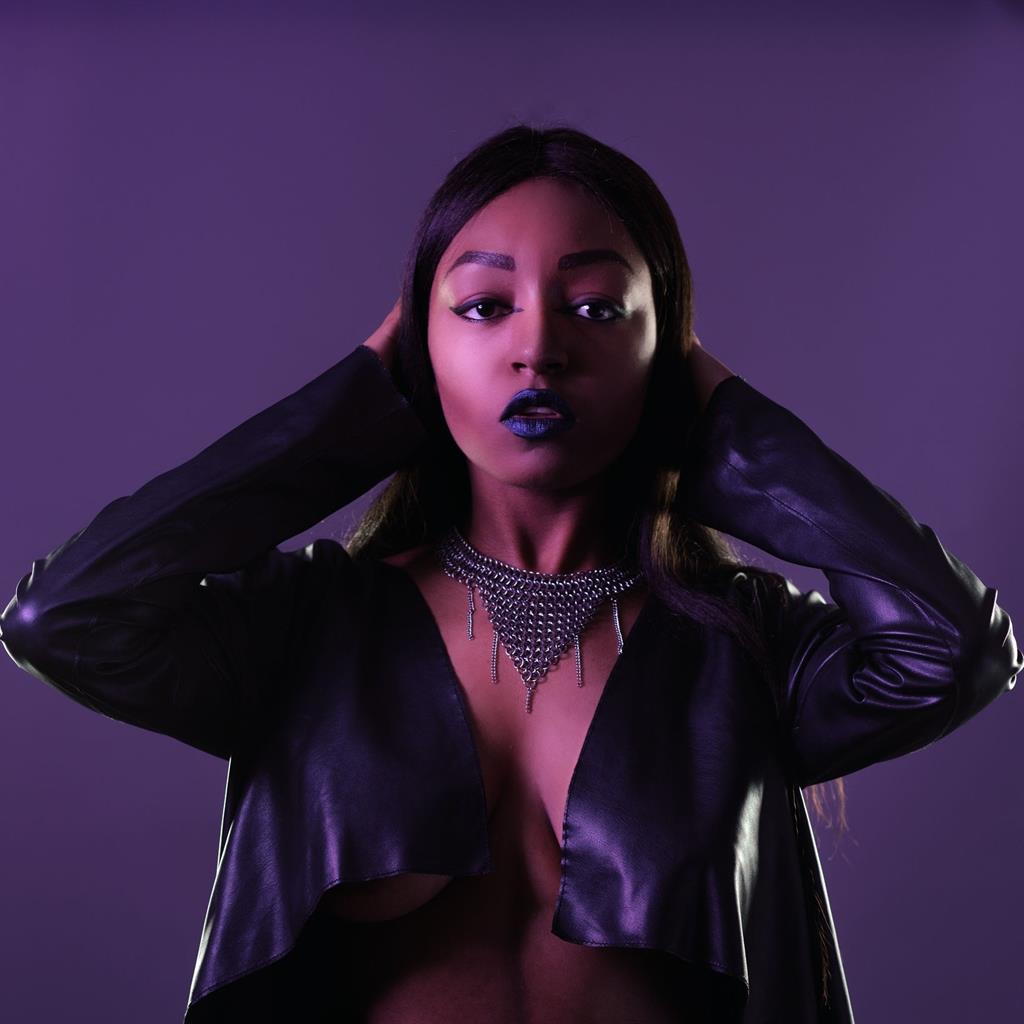 An alternative fashion model of Caribbean descent (Trinidadian, Jamaican, and Barbadian descent) Yasmin Benoit is a proud Black Aro-Ace model/activist from the UK. Creator of #ThisIsWhatAsexualLooksLike Benoit revels in breaking stereotypes about what asexuals/aromantics are perceived and look like. I had the pleasure of interviewing her, which you can read below.

How did you get into modeling? What made you decide to stay on this path and how did you come to incorporate your identity as an asexual aromantic person with it?

I just started reaching out to local photographers, building a portfolio, and then I started getting the attention of brands who wanted models with my look. I try to use my work to increase representation for alternative people of colour, that was why I was motivated to do it in the first place, and break down the misconceptions about how black people in particular are supposed to dress. I stay on that path because I’m pretty good at it, I get to be creative, work with cool people, get free clothes and use it to amplify the other messages I want to put out there – like raising awareness for asexuality and aromanticism. That’s how I incorporate it. Now that I’m out, my modelling work inevitably connects to my modelling too and helps to dispel misconceptions about being aspec.

Because of your identity, you stand at both the fronts of hypersexualization as a model of color and desexualization as an asexual person. Do you ever experience these contrasting forces, and if so, how do you resolve that tension?

They can be amusingly contrasting sometimes, like completely contradicting. It’s fine for me, I’m just doing my thing and expressing myself how I want to, but it’s pretty funny when I’ve got some people calling me a “slut” and a “whore” and others calling me a “virgin loser” at the same time. It’s other people who can’t decide which stereotype they want to go for and both can’t exist at once.

David Jay, American Asexual activist and creator of AVEN, is often held up as the “Model Asexual” for his visibility and non-threatening position as a white, cisgender, able-bodied, neurotypical man? Why do you think that is and how can we change this to broaden people’s understanding of what it means to be asexual?

Within the community, I think he’s mainly known for having founded one of our biggest asexuality organisations and most popular forums. I don’t know how many relate to his experiences as a white, cisgender, able-bodied, neurotypical man but he’s palatable and inoffensive, which is always helpful. I think that for those outside of the community, his ‘normality’ was part of the appeal. They made the point of being like, “Look at this guy, can you believe he’s asexual?” but that was a different time. There’s a lot more activists out there now so we aren’t only represented by David Jay. Sure, most of the activists are white, our representation is predominantly white and the community does tend to find them easier to process, but I’ve had a lot of support and I’m pretty much the opposite of David Jay in terms of our demographic.

There are those who might say that Aro-Aces do not belong in the LGBTQ+ community. What would you say to this?

I’d say that I don’t really care because we’re already there and it isn’t a point of debate. It doesn’t make a difference if Jane from Nebraska thinks we aren’t part of the community, that shouldn’t impact what we can and can’t do. A large amount of my work is within the LGBTQ+ community, I’ve never encountered real-life exclusion from anyone in the community and I’ve felt like part of the community since I saw my first asexual flag at a pride festival when I was fourteen. That’s the first place where I met other asexual people and I felt embraced by the queer community quickly. It’s a shame that assholes on the internet make aro-ace people feel like they can’t have that experience, because we really can. We are queer.

What resources/ pop culture references would you recommend for the asexual/aromantic readers of Geeks OUT?

There’s quite a few books out there with aro-ace characters or covering that topic. Let’s Talk About Love by Claire Kann, Loveless by Alice Oseman, I’ve heard that Beneath the Citadel by Destiny Soria, Beyond the Black Door by A.M. Strickland, Sawkill Girls by Claire Legrand, Last 8 by Laura Pohl and Scavenge the Stars by Tara Sim have characters on that spectrum somewhere. Also, Ace by Angela Chen is a non-fiction example that I actually wrote a piece for. As a writer, I come out with new articles on asexuality and aromanticism quite regularly. I have the #ThisIsWhatAsexualLooksLike series that I write for Qwear Fashion and I hope to realise a book someday. There’s also Todd from Bojack Horseman, he’s ace.

What changes do you personally want to see within the mainstream visibility of the LGBTQ+ community?

Lastly, what advice would you give to other asexual/aromantics out there?

Just do you. As far as we know, you’ve only got one life, so don’t waste it trying to be someone you’re not or trying to impress people who don’t deserve it.