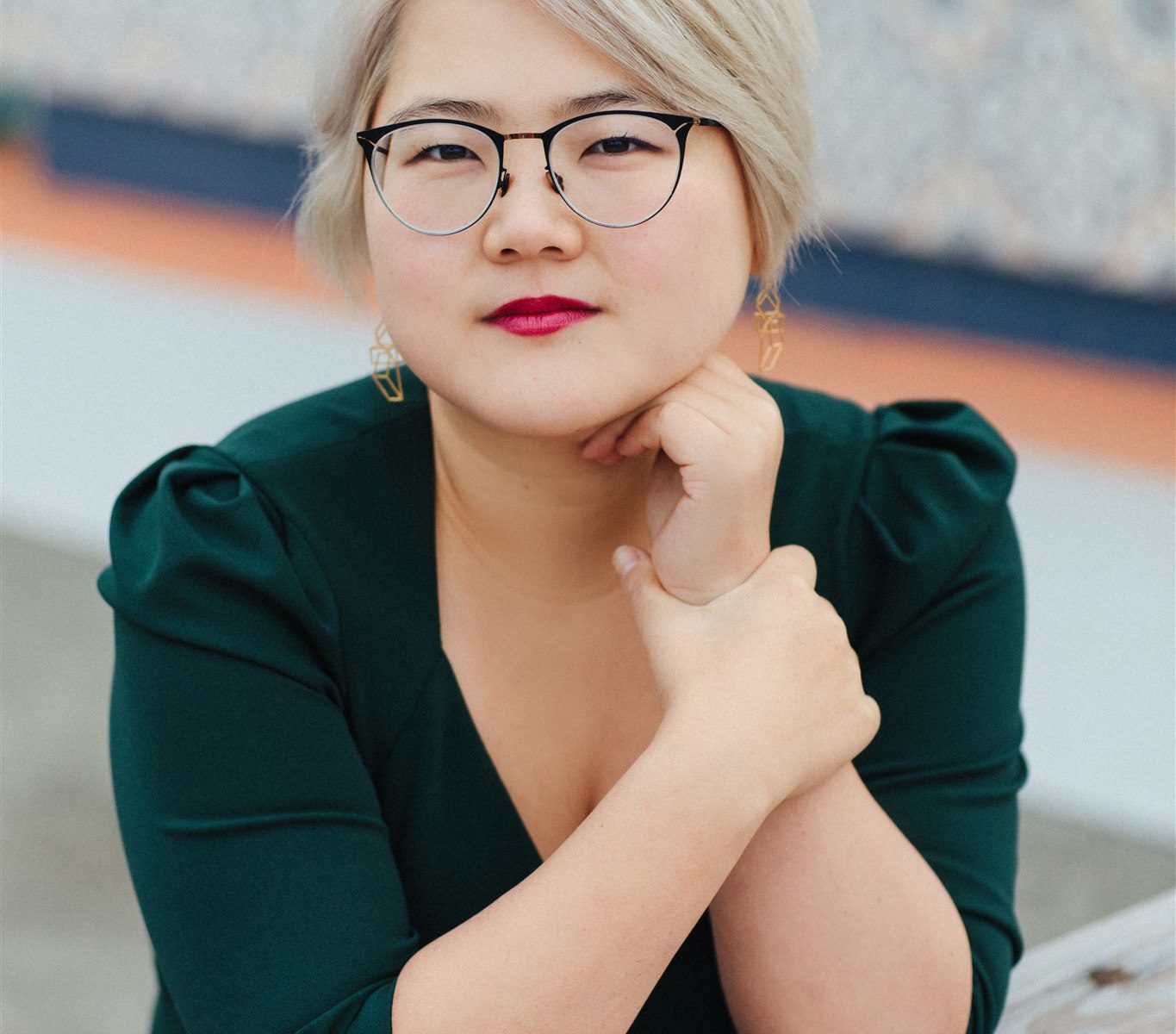 Angela Chen is a journalist and the author of Ace: What Asexuality Reveals About Desire, Society, and the Meaning of Sex. Her reporting and essays have also appeared in The New York Times, The Wall Street Journal, The Atlantic, The Guardian, Paris Review, and more. I had the opportunity to interview Angela, which you can read below.

Where did the impetus for Ace come from? Has this project been something you’ve been ruminating on for a while?

The short answer is that I wanted to write about asexuality because I am ace and didn’t realize it until I was 24. More specifically, it was frustrating to me that the existence of asexuality and the ace lens felt so hidden—like something that I had to go searching for in order to find, instead of a perspective integrated into the way that we already think about sexuality and relationships. There were other books about asexuality out there, like The Invisible Orientation, but not many. I really wanted to write a reported book that included detailed narratives from people’s lives and, because I am a professional journalist, thought that I’d be able to do that.

In previous interviews, such as the one with the podcasters of Sounds Fake But Okay, you noted a difference between talking to ace interviewers versus non-ace interviewers. Could you elaborate on this?

Absolutely. When talking to non-ace interviewers, or for publications that primarily have a non-ace audience, I receive a lot of questions asking me to define asexuality or to debunk misconceptions. It’s very ace 101. I really appreciate all the interest from non-aces and think it’s so important that we show that the ace lens can be valuable for everyone, but the questions necessarily are more basic.

When talking to ace interviewers, we can skip all the questions about what asexuality is and isn’t, and talk more about what it means and explore more nuances instead of focusing on definition. I also feel like I can be more critical of the ace community when speaking with ace interviewers. The community isn’t perfect—no community is—but when speaking to allos, I feel more pressure to emphasize the best parts of the community and that people are ace and happy.

When talking to ace interviewers or an ace audience, I feel more okay talking about what I think the ace community could be doing better, or saying that sometimes I don’t feel great about being ace, and that should be okay too.

There’s still so much questioning about whether asexuality is valid. Doubters really want to explain asexuality away by saying that someone isn’t asexual, they’re just shy, or haven’t found the right person, or maybe it’s because of childhood trauma, or repression, or whatnot. Basically every ace person that I know has questioned whether they’re “really” ace, which can be exhausting and drain energy that could be better used elsewhere.

Don’t get me wrong. I think it’s good to ask questions and explore and of course there’s nothing wrong with deciding that you’re not ace. But it’s telling that people really want aces to question until they discover they’re allo, whereas allos are not really encouraged to question whether they’re ace. It’s a double standard, because it’s okay to be allo but many people think it’s not okay to be ace. Instead of exploration being a valuable and good thing that you do to understand yourself, aces feel like we have to keep questioning ourselves because we might be deluded.

Allos aren’t the only people who gatekeep either. Because aces are doubted by others, which is painful, it can be tempting to become gatekeepers ourselves. Especially in the early years of the community, there was talk about how people couldn’t be truly ace if they were disabled or if they were victims of sexual trauma, because that would “delegitimize” asexuality.

To my mind, that view is wrong. Very few people are gold-star aces, and we shouldn’t focus on that anyway. The purpose of the ace community is to be accepting and inclusive and help people find each other and share resources. Playing into ace respectability politics will make us turn on each other and exclude those who must be included and it doesn’t help us help each other and organize to change society. The way I see it, you can be ace for whatever reason and that’s fine, and it’s also fine if later you decide you’re not ace. (In general, I think it’s good to think of sexualities as fluid.) I think it’s important that aces fight compulsory sexuality and make it clear that you can have a happy life if you’re asexual, no matter why you’re asexual or for how long—and none of that relies on someone being a gold-star ace.

Ace: What Asexuality Reveals About Desire, Society, and the Meaning of Sex is one the first asexual non-fiction books to be published by a “mainstream” publisher. Was there a lot of pressure riding on this book? What challenges did you experience in trying to publish it?

I think a lot of publishers thought that the book would be too niche—essentially, that because the ace population isn’t huge, there wouldn’t be a big audience for the book and it wouldn’t sell. Others thought that maybe it’d be too academic. I disagree with both assumptions. The book is a bit academic, but it’s also reported and has a lot of stories of people’s lives. And even if the ace population isn’t huge, it’s still valuable to have this book exist. Not to mention that, as I keep saying, the ace lens is valuable for allos too.

I did feel like there was a lot of pressure riding on it, though I felt that from myself, rather than from my publisher. There’s such a void of ace representation and discussion in mainstream nonfiction books, which means that any new book on the topic is going to be expected to do so much and capture every sub-experience, even though that’s never possible for any book. I tried hard to make the book diverse in a lot of ways and cover topics like race, disability, and gender, as well as different types of ace and aro experience. But of course no book could cover all of ace experience. I said that right at the beginning, in the authors’ note. I tried to say what my limitations were, because I think that’s far more honest than not showing the limitations and pretending one book is representative. It’s not. There is so much more to say. There needs to be a rich ace canon.

Considering one book can’t cover everything about asexuality, are their subjects you wish you to expand upon? Would you be open to writing a follow-up to Ace?

At least right now, I don’t think I’ll be writing a follow-up to Ace. I’m primarily a science and technology journalist and think my work in the immediate future will go back to focusing on that. But there are so many other subjects that I wish other aces would write books about. There should be books just about sex-repulsed aces, and books focusing only on aros, books about aroallos (who often get overlooked), more books about demisexuality and queerplatonic relationships. I feel like every chapter of my book could have been its own book! Plus, there definitely need to be books about aces outside of the Western world—there’s so much to say about the aspec experience and many who are more qualified than I to write about these experiences.

While much of the book discusses the challenges and prejudices facing the asexual community, you also highlight some of the positive elements about this identity. Could you talk about that here?

Absolutely. Being ace can give you such a rich and valuable perspective on the world. Sometimes, it can feel like a superpower, like it makes you see things that other people don’t, like it makes you more perceptive. It can make you question so much about relationships (of all kinds) and sexuality that people take for granted. I think that, often, it can help you have richer and closer and more intimate relationships. Ace are some of the most emotionally and socially intelligent people I know. Like many other experiences that deviate from the norm, it makes you see the norm for what it is—and then it can bring more freedom by having you question it.

What asexual resources/pop culture references would you recommend for the readers of Geeks OUT?

In terms of general ace resources, I would recommend Julie Sondra Decker’s book The Invisible Orientation, as well as The Asexual Agenda, which is a wonderful group blog.

To be honest, I have never been the best at pop culture references—there’s a reason I’m primarily a science and tech journalist! (And writing the pop culture parts of the book was difficult for me.) There’s a lot of wonderful ace YA out there, which I think is super important. Alice Oseman’s Loveless comes to mind, for example, as does Claire Kann’s Let’s Talk About Love. This Goodreads list might be useful too.

Not right now! Still trying to recover from 2020.