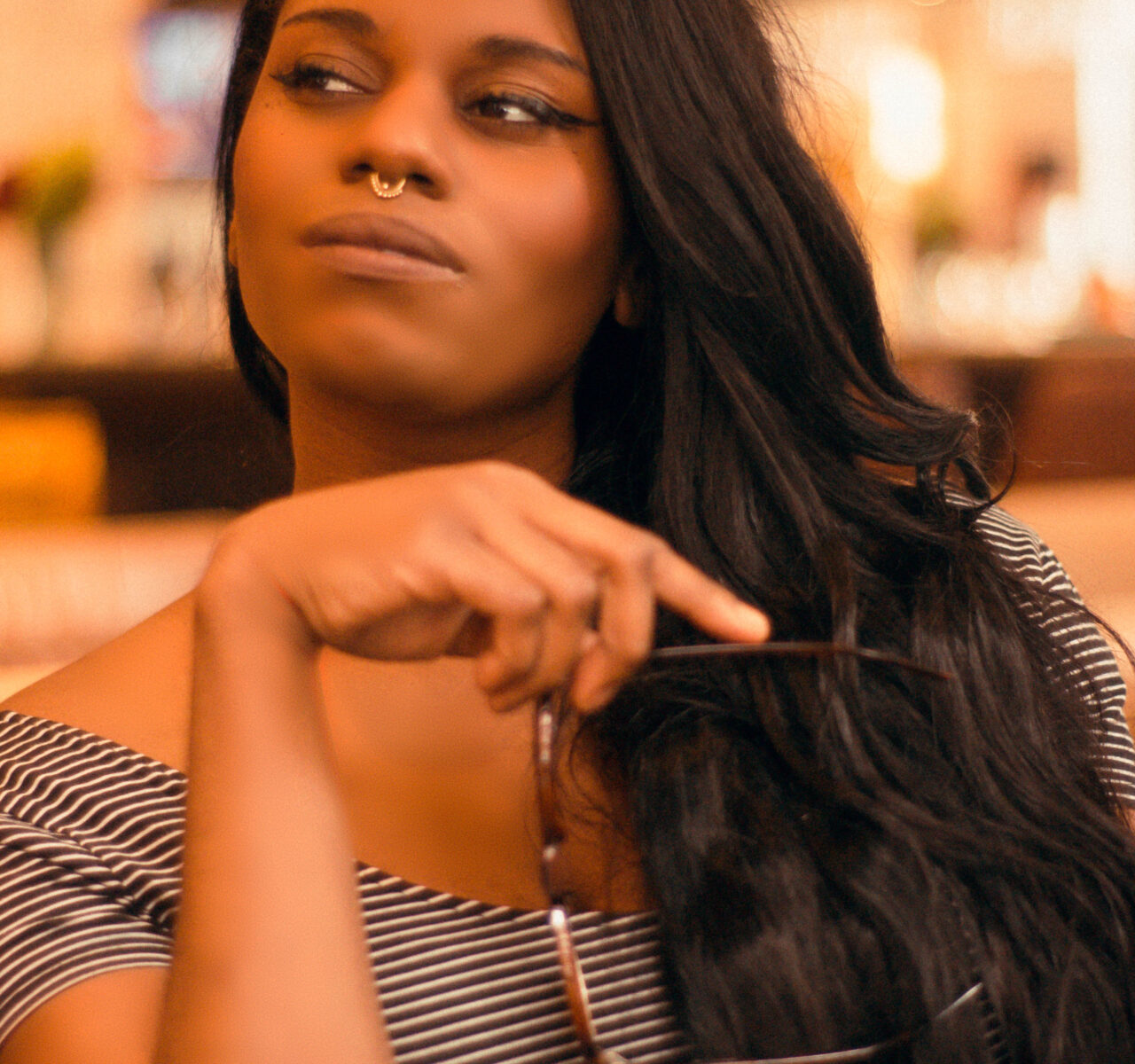 K. Ancrum is the author of  the award winning thriller THE WICKER KING,  a lesbian romance THE WEIGHT OF THE STARS and the upcoming Peter Pan thriller DARLING. K. is a Chicago native passionate about diversity and representation in young adult fiction. She currently writes most of her work in the lush gardens of the Chicago Art Institute. I had the opportunity to interview her, which you can read below.

First, how did you come to realize you wanted to be an author?

I’ve written books since I was 13, but I never really considered it to be a viable professional option until I was around 19. At the time I was writing on tumblr at lot and had started to write a web-book on there that was gaining a surprising amount of popularity. An agent who predominantly represented non-fiction began following the story and eventually reached out to me and encouraged me to consider submitting my work to agents who represent fiction. I think if she hadn’t approached me I probably would have continued writing just as much as I do today, but it would probably just be for my own satisfaction, instead of as a career

Who or what stories inspired your own personal realization as a writer?

A WRINKLE IN TIME was extremely influential and was the reason I started writing in the first place. I read it when I was 12 and I remember thinking “I want to make something that makes other people feel the way this book made me feel.”. I’ve mentioned this one quite a lot in interviews, but HOLES was also massively influential to me in regards to understanding that writing can be an intensely technical skill, from a very young age.

A large theme in your books, especially in The Wicker King, is on negligent adults who either refuse to recognize teens in need or are oblivious to it? Could you expand on this topic?

There are so many ways that parents can be “not there” for their children and I think that a lot of the time only a few ways are discussed.

The Wicker King was unique in that it showed many kids without present adults and how that impacted them, rather than orphaning the main characters for convenience. August had a mother who was physically there but emotionally unavailable in a way that wasn’t really her fault. Jack’s parents were physically absent and emotionally absent, but provided for him financially. Roger and Peter’s parents absence was more periodic but they formed a bond between each other that didn’t allow for outsiders very similar to Jack and August’s but less destructive. Rina’s parents straight up moved away to England and left her living in squalor as a barely-adult teenager.  She’s perilously lonely and friendless and pushes people away.  This book is filled with isolated children trying to make a house into a home: Rina letting August and Jack into her apartment and integrating them into her routine. August and Jack playing house and clawing each other to the bone searching for warmth. Peter and Roger letting August into their world and slowly forming a bond of trust with him.

I had a lot of friends in similar situations and a lot of them didn’t make it out okay in the end. It was a bit of a relief to have this make believe space to pretend that there could have been a world where they were okay.

Your books, while all grounded in the real world, seem to contain otherworldly elements, relating to magical realism like in The Wicker King, literally being out of this world in The Weight of the Stars, or even fairy tale elements like in Darling. Did you intentionally set out for this or did the style organically evolve this way?

Its intentional. I like fabulism and I feel more comfortable there than in strictly fantasy or contemporary. A lot of real life seems to straddle the ordinary and extraordinary and I enjoy playing with that in my own work.

Your upcoming book, Darling, is said to be a modern twist on the classic Peter Pan story. In what ways will the story touch upon the original tale and what ways are you planning to invert it? Also, fellow queer author, Aiden Thomas, is also coming out with a Peter Pan based novel, Lost in the Never Woods. Any theories for why this story seems to be resurging all of a sudden?

This is going to sound strangely straight forward, but it’s because the Peter Pan book copyright expires January of next year. There’s going to be an explosion of Peter Pan content for probably a year after. I plotted DARLING in 2013 and have been waiting for this to happen to release it.

Hypothetically speaking, if the characters of your books or you yourself could interact with characters from any fictional universe, where would they be from?

This is less characters and more about the fictional universe but, I’m very enamoured with Narnia and the melancholy freshness of the worlds in that IP. The concept of life-supporting worlds/universes at different life stages: Some barely budding with small creatures in the light of a weak young sun and some in desolation and burdened under the weight of time cast red in the light of dying stars. The newness of creatures trying to find a home in these places, living their own individual creation myths. There is a lot about the books that is worth giving one disapproving pause. But I think I would like to be that place in the magician’s nephew where the world was so new that anything you plant becomes a kind of tree.

Within your writing and work in general, what messages do you want to give to your readers? What do you wish you had received from books as a young reader yourself growing up?

I wish there had been more LGBT  content. I actually went into this in a paper I recently wrote about fanfiction and I want to include an excerpt:

We are in an interesting age of resurgence of mass produced LGBTQIAP+ media. As you all know, progress isn’t linear and its a bit too early to boast that “Things have permanently changed”, but currently we’re doing a lot better than we were just ten years ago. It’s recent enough for me and many other LGBTQIAP+ YA authors to vividly remember the time before these changes. It has also existed briefly enough that we can dubiously envision a time in our future without it. The maintenance of a place where marginalized communities can create and share artwork is vital, and has always been a part of LGBTQIAP+ culture. Fan fiction, small indie publishers and self publishing communities have been supporting marginalized writing for almost a century and show very little sign of being eroded by the shifting tides of public moral opinion or whims of mass production. Fan fiction in particular, is the cheapest and lowest risk form of community building within this art form. It is not a mistake or coincidence that nearly all of the mainstream published authors who admit to their past participation in fan fiction culture are women, people of color and LGBTQIAP+ people. Groups that have been historically underserved by mainstream media. Fan fiction isn’t a stepping stone to “real writing” or a place where people write weird NSFW. It’s a hurricane shelter: A place we can play in on an average day, and the most important place for our survival when the weather begins to look dangerous.

Are there any other projects or story ideas you are currently nursing and would be at liberty to say?

Yes! I’m working on an UNTITLED  Train Heist Novel. A cool UNTITLED cult novel for Scholastic and an adult novel about immortality called  WE STOOD ALONE, that hasn’t been purchased yet but my fingers are crossed!

Please please please buy Cemetery Boys by Aiden Thomas and Felix Ever After by Kacen Callender. They are both stunning and written with so much love.