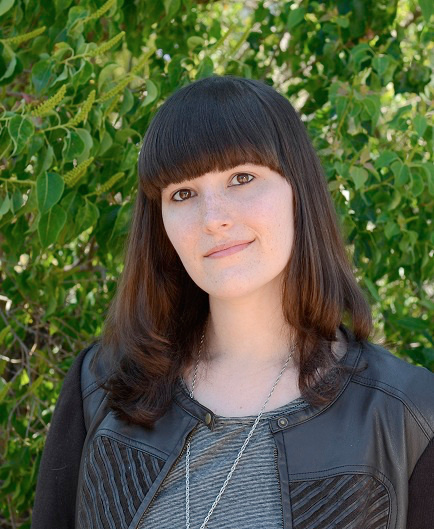 Tara Sim is a YA fantasy author who can typically be found wandering the wilds of the Bay Area, California. She is the author of the Timekeeper trilogy, which has been featured on Entertainment Weekly, Bustle, and various media outlets, and the Scavenge the Stars duology. When she’s not chasing cats or lurking in bookstores, she writes books about magic, murder, and explosives. I had the opportunity to interview Tara, which you can read below.

First of all, how did you get into writing? What drew you to the Young Adult genre specifically?

My dad loved telling people about how I would dictate poems and stories to him when I was 6. I dabbled in writing random stories (especially when I learned how to type) and I loved fantasy books, which eventually led to me writing my first novel at 15 (which was very long, and very bad). Some of those first fantasy books I loved were young adult, so I’ve always had a soft spot for those types of stories.

Solidly in-between. I like to plan out the big moments in a story, such as plot twists, and let the rest come to me while drafting. That way I have somewhat of a roadmap while discovering important landmarks on the way I wouldn’t have been able to see ahead of time.

According to the fact that both your series, The Timekeeper trilogy and the Scavenge the Stars duology, are speculative fiction, you seem to be a big fan of those mediums? What draws you to fantasy/science fiction?

I was basically raised on it, though unintentionally on my parents’ part. I think Disney movies had a part to play, as well as the discovery of certain fantasy books that were popular when I was younger. By the time I was in high school I was reading thick door stopper adult fantasy books, watching anime, and playing Final Fantasy video games. There’s just something about magic and different worlds that really compels me.

Absolutely. I never found myself in books growing up, and I wanted to change that for readers like myself who feel left out. I like creating safe spaces in my work (even if my characters are undoing harrowing circumstances).

The research. I never thought I’d end up writing historical fantasy as my debut, and I’ll probably never do it again, but it was as fun as it was aggravating. I could play with an alternate timeline even as my editor forced me to become BFFs with etymology and realizing a phrase I wanted to use wasn’t invented yet.

What’s a question you haven’t been asked before or wish you were asked more often?

I wish I was asked more goofy questions! I love talking about my characters and how they’d react to weird situations.

What advice would you have to give to authors, especially those struggling to finish their first stories?

I would tell them that a first draft is supposed to be bad, and you can’t make it better until you finish it. That, and to not be afraid to write what you specifically love, not what you think others will love.

My adult fantasy debut, THE CITY OF DUSK, comes out April 2022 from Orbit! I’ll also have more YA news on the horizon.

I’m a big fan of GIDEON THE NINTH, WILDER GIRLS, THE LUMINOUS DEAD, and STRANGE GRACE.