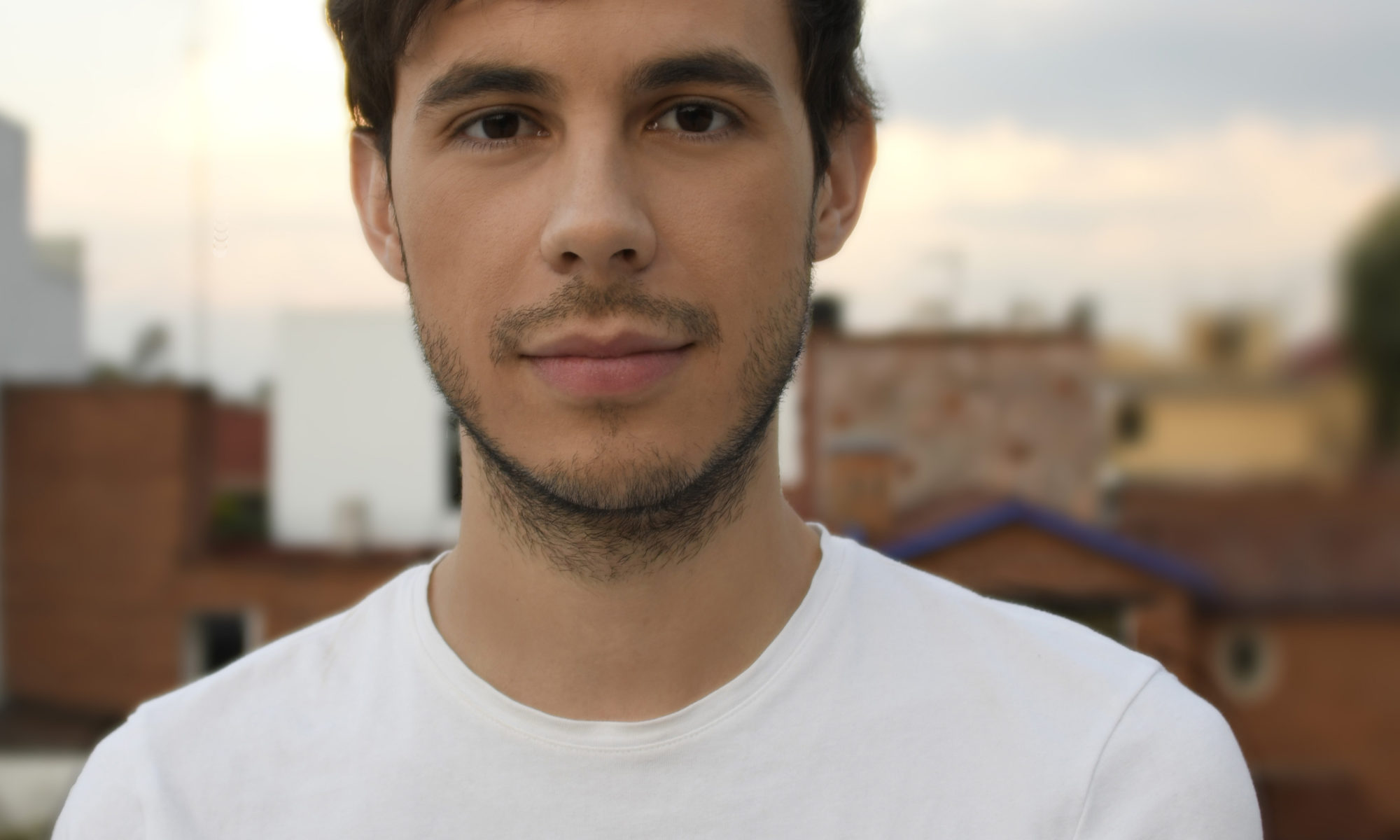 Daniel Aleman was born and raised in Mexico City. A graduate of McGill University, he is passionate about books, coffee, and Mexican food. After spending time in Montreal and the New York City area, he now lives in Toronto, where he is on a never-ending search for the best tacos in the city. You can connect with him on Twitter (@Dan_Aleman) and Instagram (@danaleman). I had the opportunity to talk with Daniel, which you can read below.

First of all, congratulations on your new book, Indivisible! Where did the inspiration for this story come from?

Thank you so much! This story came from a deep desire to tell a story about immigration in my own terms. I wanted to write a book about immigrant characters that felt human, compassionate, and sincere, and which showed us a perspective that is different from what we tend to see on the news.

I feel as though representation of immigration in media tends to focus on the political and legal dimensions of this crisis, and I wanted to talk about it for what it really is: a human issue.

When did you first know you wanted to be a writer? How did you find yourself coming into the creative writing field?

I’ve been a storyteller my whole life. I started writing short stories when I was seven or eight years old, and I went on to write full-length novels by the time I was a teenager. Writing has always been such an intrinsic part of who I am, and the thought of becoming a published writer has always been in the back of my mind.

I started pursuing the path to publication when I was in college, which was when I began to learn about the process of finding a literary agent. It took me four different manuscripts and many years to sign with my agent, but ultimately, I feel like all the rejections I received helped shape me into the writer I am today.

What books or authors inspired you growing up? Who and what inspires you now?

I have deep admiration for series like Twilight and The Hunger Games, which sparked in me (and millions of other readers) a huge passion for young adult literature.

Nowadays, a couple of authors I absolutely love are Angie Thomas and Jodi Picoult, who have inspired me in more ways than I can count. I love books that tackle complex topics in a human, nuanced way that is accessible to broad audiences, and that is something that both Angie and Jodie do flawlessly.

The book’s focus on deportation and inequality in America’s treatment of immigrants is a truly relevant issue for all of us to focus on, especially now. As an immigrant, do you feel like have own life experiences have influenced your process writing this book?

Absolutely! There are many pieces of myself and my family in this story. Many of the emotions that the characters experience in INDIVISIBLE come from a very personal place, and I do believe I was able to portray a unique experience in this book, seeing as my own family immigrated from Mexico.

There is a famous quote, “Fiction is the lie through which we tell the truth.” What are your thoughts on the ability of fiction as a medium for truth-telling and activism?

I adore that quote, because I believe it’s so accurate. I find that fiction can reveal so many things about ourselves and the world around us. In my case, I use fiction to understand myself better. In my writing, I explore many of the things that I fear and that I wish to change in the world, and my characters often mirror my own identity and experiences.

I also think that, as readers, fiction has a way of opening our eyes to the realities of people who are different from ourselves. Books have the enormous power to build empathy.

Besides being an author, what are some other things you would want people to know about you?

I am absolutely obsessed with Mexican food — particularly tacos. If I could pick a single food to eat for the rest of my life, that would definitely be it (particularly Al Pastor tacos, which remind me so much of Mexico City, where I grew up). I am also a dog person and an avid coffee drinker.

In regards to the realm of LGBTQ+ narratives, there are still many narratives that haven’t been told yet. As a queer person, would you say you intentionally sought out to write a story that you personally wanted to see in the world?

Definitely! With Indivisible, I wanted to tell a story that was a bit different from what we’re used to seeing. I think that stories that center queer issues have always been and will always be deeply relevant, but I also think that we need stories where we see queer characters dealing with issues that don’t necessarily center their queerness. With Mateo, I wanted to write about a boy who is loved for who he is and who is accepted by his friends and family — and who is also faced with challenges and ambitions that are unrelated to his identity as a gay teen.

What advice would you want to give other people who want to tell stories, especially their stories?

I think it’s so important to lead with honesty. As writers, we often feel pressure to adapt to what other people expect from us, but I think that the stories that come from a deeply personal, honest place always have a way of standing out.

It’s also important to persevere through rejection. Keep writing, keep creating, and eventually you will find someone who believes in your story as much as you do.

Yes! I’m currently working on my second young adult novel, which is somewhat similar to Indivisible in terms of themes and tone. Though the plot and characters are entirely different, this will be another book about immigration, identity, family, and growing up too quickly. I am also working on a third young adult novel, which is a departure from my first two novels. I can’t say much about that project yet, but I’m really excited about it!

Finally, what queer books would you recommend to the readers of Geeks OUT?

I always recommend Surrender Your Sons by Adam Sass, which I feel is sharp, poignant, and compulsively readable. Other recent favorites are Can’t Take That Away by Steven Salvatore and Jay’s Gay Agenda by Jason June. If you haven’t read these books yet, you need to add them to your TBR now!