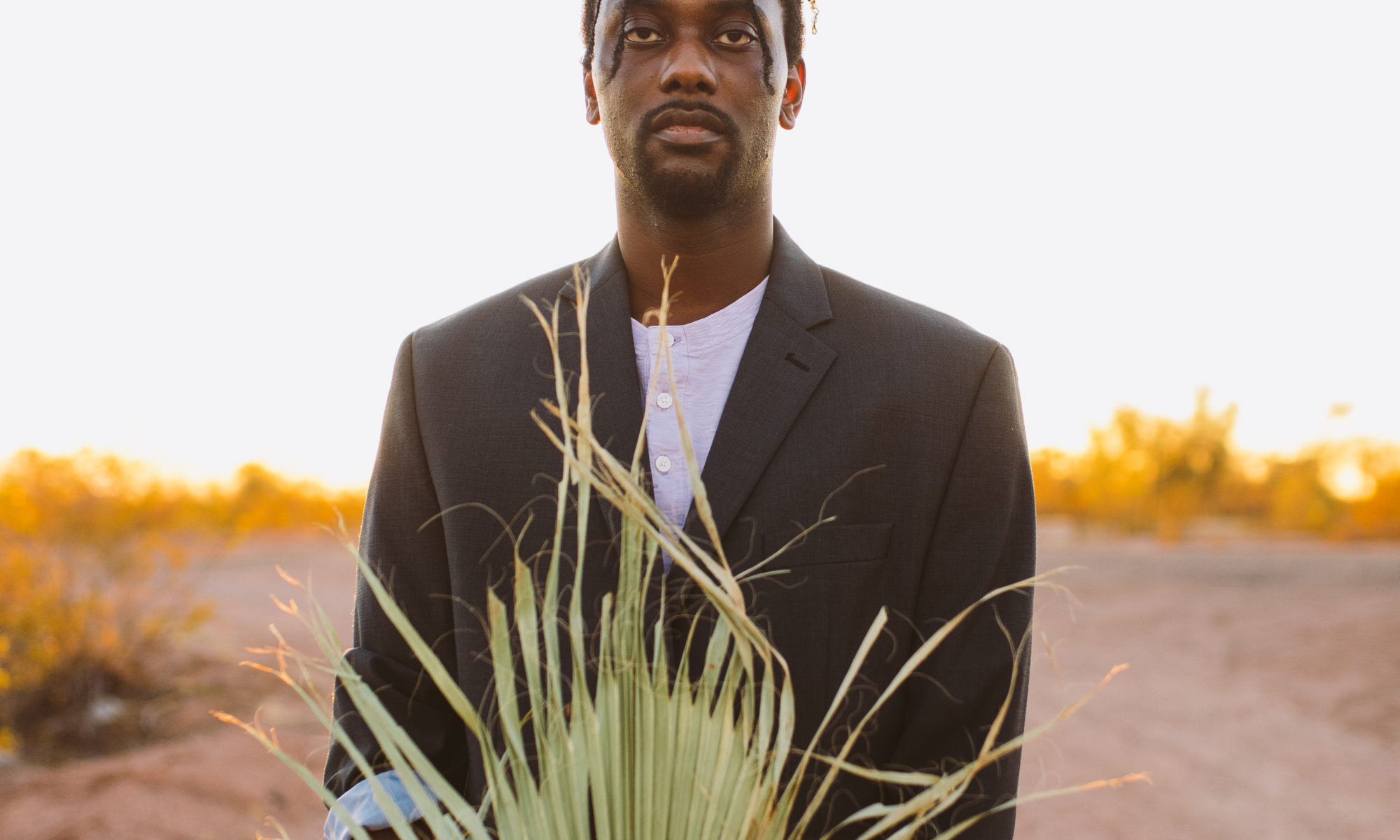 Sean Avery Medlin (he/they) is a gamer and Hip-Hop nerd, whose only wish in this world is to watch an unproblematic Black sci-fi T.V. show. Till then, Medlin teaches creative writing and guides cultural work for organizations across the U.S., while also creating rap, poetry, prose, and performance. Their music, literature, and theater all question the limits of Black masculinity, media (mis)representation, and personal narrative.

Medlin has shared stages with Saul Williams, J. Ivy, and Lemon Andersen. Their work’s been featured in Afropunk, Blavity, the 2018–2019 Chicago Hip-Hop Theater Festival, and the 2020 Tucson Poetry Festival. Their Hip-Hop play and album, skinnyblk, along with all their previous work, is available online at superseanavery.com. 808s & Otherworlds: Memories, Remixes, & Mythologies is Medlin’s debut collection.

I had the opportunity to interview Sean, which you can read below.

Hi Michele! Thank you so much for doing this interview! I’m really excited and interested in Geeks OUT!

So a little about me: I’ve been a self-proclaimed nerd most of my life, whether it’s rap music, poetry / spoken word, anime, video games, Greek mythology, or random science facts, ha. It took me most of my life to become comfortable with my geekiness, and I think that projections and stereotypes of Blackness or Black masculinity definitely interfered with that.

Now as an adult I recognize, welcome, and respect that all the best people, and artists, are GEEKS!  🙂 AND that oftentimes Blackfolk are among the geekiness of them all!

Judging from your book, you appear interested in a variety of subjects, such as poetry and literary non-fiction. How did you find yourself becoming drawn to these different forms of writing and do you think they ever play off each other for you?

For the longest time I did not understand the terms “literary nonfiction” or “creative nonfiction” for that matter. As a student of spoken word, slam poetry, and rap music, the norm is to write about your lived experience in creative, poetic, dramatic, and sometimes fantastical ways. So when I sat down to write what would become “808s & Otherworlds”, I was aiming for something like “creative nonfiction” or “literary nonfiction” because I’d seen MFA programs (and literary awards for manuscripts and pieces) in those genres. The more I tried to write for that specific category, the further away I got from what makes my writing special.

The integration of non-fiction elements into poetry is almost natural for me, because I mainly construct poems based on my lived experience. Storytelling, extended metaphor, rhyme, those devices were introduced to me by a Hip-Hop musical / literary tradition. In short, I’ve always thought of my work as poetry, and it wasn’t until others used nonfiction terms to describe it that I began viewing it from that lens.

As a writer, what drew you to spoken word and what do you think are the merits of this form of expression? Are there any poets you would say have inspired you or influenced your style?

Spoken Word really is the foundation of my writing. It’s a deeply Black american tradition, and I was introduced to it from a young age via musicians and bands like The Roots, Jill Scott, and Gil Scott Heron. The written word is always meant to be spoken, especially for my people, who were barred from formally reading or writing English for decades on end. A few of my biggest influences are Saul Williams, Danez Smith, Joshua Bennett, Jasmine Mans, and Aja Monet.

Since Geeks OUT is basically a queer nerdy organization, how would you describe your own literary/geeky tastes and preferences?

I’m a big Marvel fan, more on the cinematic side than comic side, and even then what gets me most is the mythology. I’ll spend hours reading online about alternative timelines and universes within Marvel, reading superhero origin stories and abilities, and watching fan made versus videos, aha. Like I mentioned earlier I’m into anime too, but now I mostly watch it with a critical lens, looking for imperial propaganda or commentary haha (cuz Japan is also imperialist, lest we forget).

The thing I geek out the most about is rap music, actually. I love listening in-depth to lyrics, breaking down double entendres, rhyme schemes, flow patterns, different kinds of rhymes, everything really. I’ll look up samples from my favorite songs, writing credits, the whole nine. Nothing makes me feel more alive than the goosebumps I get from hearing a good rap song.

Is there anything you do to help you get inspired to write or facilitate the creative process?

I’m a big fan of the freewrite. Some of my best or most interesting work started as a freewrite. I try to do a certain number of freewrites a week, depending on what kind of project I’m working on, like poetry, music, essays, whatever. It allows me to always have my thoughts on paper somewhere, and I can revisit them, edit them, pull the juiciest parts, or just never look at it again. The freedom of the freewrite is what I enjoy the most, no pun intended. It’s fun, and that fun fuels my process, especially in the generative phases. Once I have a lot of writing that I think might be related by theme, aesthetic, or content, I begin a mass rereading of the freewrites that move me the most, which leads to rewrites and revisions.

Aside from writing, what are some things you would want people to know about you?

I want people to know that you don’t have to be a fan of Hip-Hop, or an american Southwest citizen to enjoy my work. My work is mostly concerned with a kind of self-reclamation and declaration. Sure I write about specific identities, Blackness, nonbinary identity, bisexuality, etc. And I don’t hide my political and philosophical views. But at the end of the day, I’m trying to connect on an experiential and emotional level, I just want even a fraction of what I feel to be felt by the reader and listener. I want that, I want people to know that I want to connect with them.

Well I just put out an EP titled “I Never Left” in August 2021, which can be found on all streaming services, Apple, Spotify, Tidal, Youtube, Amazon, Google, etc. The deluxe version, which includes an extra 7 tracks, is available on sale only at Bandcamp. My rap name is the same as my author name, Sean Avery Medlin.

I’m also currently the Narrative Designer for an indie video game in early development stages, but I cannot say anything else about it!

Keep writing. That’s probably it. Keep writing. Make it a practice, and don’t be too hard on yourself if you can’t maintain a rigorous schedule. Building discipline takes time. And one more thing I guess: you don’t need an MFA to be a writer. You most definitely can get one, but it’s not a necessity. Okay wait, one last thing, forreal: find a community of writers who hold your work with care and rigor. That last one is actually the most important; all good art is collaborative.

What do you hope readers will take away from 808s & Otherworlds?

I want people to have a taste of my world, that’s all. I want readers and listeners to experience the hodgepodge of cultures and circumstances that has crafted me into the artist and human that I am. I want people to put down the book with a renewed (or new) interest in contemporary rap, modern day abolitionist movements, and vulnerable conversations on intersectional identities and relationships. I want folks to actually look up some of the songs and poems listed in the “References and Credits” section. I guess I want a lot, aha. I want to be received.

BOOM! So two of them I’ve already mentioned: Danez Smith and Jasmine Mans. Also Billy-Ray Belcourt, who has a book with Two Dollar Radio as well. Marlin M. Jenkins has a book called “Capable Monsters” which uses Pokémon to explore his experience as a Black gay man, it’s really awesome, and perfect for Geeks OUT!