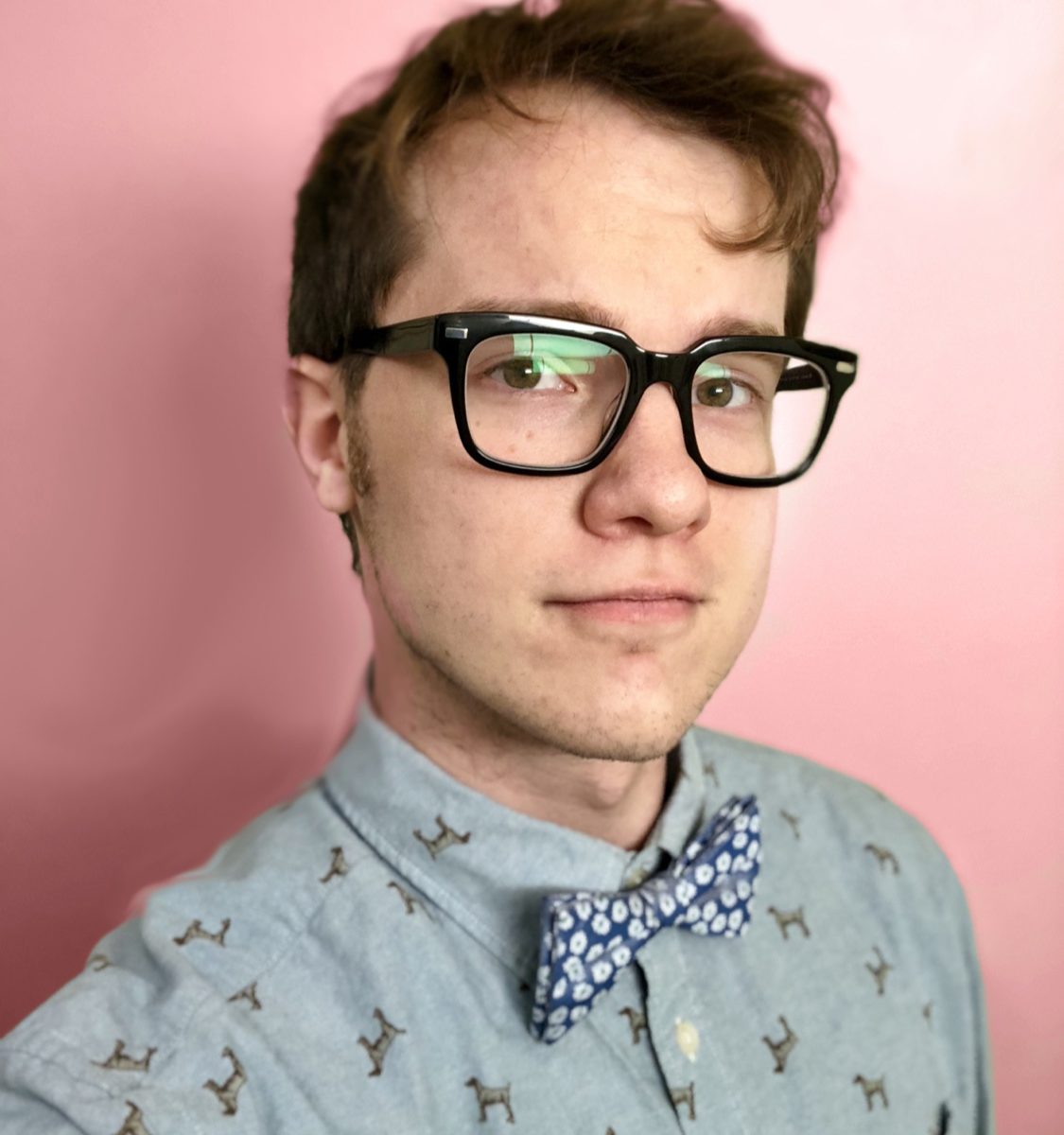 Damian Alexander is a cartoonist and storyteller who grew up in and around Boston. Damian’s illustrations and comic shorts can be found on The Trevor Project, Narratively, The Nib and others. He loves ghost stories, miniatures, and watching cartoons with his cats on sunny afternoons.

I had the opportunity to interview Damian, which you can read below.

First of all, congrats on your debut book, Other Boys! Could you tell us a little of what it’s about?

Thank you so much and thank you for interviewing me! Other Boys is a graphic memoir, primarily following my middle school experiences in the mid-2000s, but follows little me from kindergarten up until that age. Bullying, gender roles and stereotypes, and the death of my mother are some of the more serious issues it touches on. Though I made sure to sprinkle humor throughout and balance it all with bright and colorful artwork. Eventually the story leads up to middle school me realizing that I’m gay. I’ve wanted to tell a story about growing up as a little boy who played with dollhouses and doesn’t fit in, but never knew I’d be writing one about myself.

What first attracted you to comics? Were there comics or stories that caught your eye growing up that later inspired you to become an artist yourself?

When I was really little I would read “The Peanuts” comic strips in the newspaper with my grandfather and I loved how these colorful and cartoony characters were so poignant and witty. I think that was the first series that drew me to comics. My grandfather also gave me older comic books before I could even read, so I’d just stare at Archie and the 1994 Super Boy because I thought they were cute and didn’t realize it yet. Later, I found Brian Selznick’s illustrated books and fell in love with them, and it really got me into illustrated storytelling.

Could you describe your artistic background in some detail. Like how you got into art and what your art education was like?

I had always been interested in art because I always loved cartoons. My grandfather used to draw all the time in our dining room when I was growing up, and I’d watch him in amazement. He was a retired garbage man and it was like a side hobby as he got older. Most people in my family liked to draw, but would eventually move on from it at some point to pursue a different career. I come from a very low income family, so dreams were often put on the back-burner. I wasn’t lucky enough to afford art school, but I was lucky enough to end up at a public high school with great art classes and teachers. I continued to take art classes through college while also studying writing.

Queer graphic memoirs is definitely an emerging field right now. What drew you to writing non-fiction and do you believe your book stands in conversation with any other books at the moment?

There’s a lot more graphic memoirs coming out now than I’d ever seen before and I think “Other Boys” will fit comfortably beside books like “Flamer” by Mike Curato. In all honesty, I was much more into fictional stories and escaping in worlds of fantasy. Though occasionally I would post these little shorts online about my childhood, inspired by the weekly format of “The Peanuts,” and people liked them so much. “Other Boys” just blossomed out of that.

Your graphic novel originally started as a webcomic, correct? What drew you toward that medium?

The webcomic format is so easy and accessible. Anyone can just draw up something they think is funny or interesting, post it, and then get immediate reactions. The format also allows any artist from any diverse background and skill level to share whatever they like whenever they want. And allows queer artists like me to be seen as well. For the longest time comics seemed very white, straight and male, but I’m loving all of the diversity that’s breaking through recently.

I suppose, something like, “What were your artistic influences for this book?” I’ve been nervous people might not realize the way I illustrated the book was entirely intentional. The bold primary colors and black outlines are meant to be reminiscent of the cartoons, video games and LEGO sets I loved growing up. A lot of graphic memoirs have simple muted color schemes, and I wanted an explosion of color to fill the page, helping to off-set the melancholy tone at times. These colorful shows, games and toys, are what helped me get through the bad times during my childhood.

I would like my readers to know that they are not alone. I felt so alone as a kid, and I wish that I had even the slightest inkling that there were people out there who understood me or were even a little bit  like me.

What advice might you have to give to other aspiring creatives who might want to make their own comics?

The best advice I think I could give young creators is to just keep drawing and keep sharing it. Even if someone puts you down, which will probably happen at some point, just don’t let that stop you from doing what you love. At the same time, don’t feel pressured to share if you’re not ready or comfortable with it yet.

For other queer graphic memoirs I would recommend “Flamer” by Mike Curato as mentioned above, and “Spinning” by Tillie Walden. Some queer young adult novels I think Geeks OUT readers would also love are “Surrender Your Sons” by Adam Sass, as well as Caleb Roehrig’s “Last Seen Leaving” and “White Rabbit.” I also love everything by Brian Selznick, but especially “The Marvels,” which made me cry when I first read it.