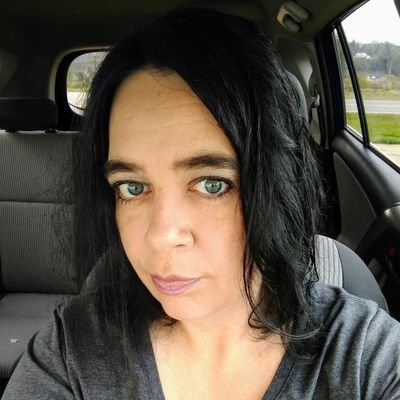 F.T. Lukens is the author of In Deeper Waters and five young adult novels published through Interlude Press. Their book The Rules and Regulations for Mediating Myths & Magic was a 2017 Cybils Award finalist in YA Speculative Fiction, the Foreword INDIES Book of the Year Gold Winner for YA fiction, the Bisexual Book Award for Speculative Fiction, and on ALA’s 2019 Rainbow Book List. F.T. lives in North Carolina with their spouse, three kids, three dogs, and three cats.

Hi. Thank you for having me! My name is FT and I’m an author of young adult speculative fiction.

How did you find yourself becoming a writer? What drew you to young adult and speculative fiction specifically?

Reading and writing have been part of my life since I was very young. I daydreamed a lot when I was a kid and had a big imagination. I would plot out whole stories on the ride to school, but it wasn’t until about 3rd grade that I started writing them down. My first short story was about a knight rescuing a princess from a dragon and my teacher in school loved it so much, she printed it out and hung it in the computer lab. That was the first time my writing and imagination were validated. From there, I just kept writing. Short stories and fan works and journaling. But it wasn’t until much later that I gathered my courage and decided to try and write professionally.

As for speculative fiction, I’ve always been drawn to fairy tales and stories with magic and comic books with superheroes. I’ve always loved Star Wars which the original movies had just released when I was growing up in the 80’s. The story reflects many of the classic elements of young adult fiction – young hero on a coming-of-age, self-exploratory journey which I also found in many of the books I was reading at the time. Between Star Wars and Star Trek: The Next Generation and then the wave of popular sci-fi & fantasy media in the 90’s (X-files, DS9, Highlander etc), there really was a variety of speculative media to enjoy.

And I enjoy writing for an audience of young adults. The themes that young adult novels explore are important and relatable across a wide range of ages.

Growing up, were there any books or authors that touched or inspired you as a writer, or that you felt personally reflected in?

For my thirteenth birthday, my brother gifted me The Hitchhiker’s Guide to the Galaxy (the more than complete version that had the first four books and two short stories) and from there I was sold. That book really influenced my sense of humor and how language could be used in different ways. Books by Mercedes Lackey and Brian Jacques and Robert Jordan and Ursula K Le Guin followed for my next several birthdays and I would read the first in the series and then go to the local library and check out the rest.

Can you tell us about the inspiration behind your latest book So This is Ever After? What inspires you in general as an author?

So This Is Ever After was inspired by a conversation I had with another author at a convention. Julian Winters is an amazing author who writes young adult contemporary and several of his books are romantic comedies. And we were talking about how I wanted to write a romcom but I’m just not a contemporary writer. And he said something along the lines of, well write it in a castle or a spaceship, and thus the seeds of the story were planted. I started thinking about the setting and the characters and the set-up on the drive home and then within about a week I had a whole plot and the first chapter written. The book really is an homage to everything I love – romance tropes and role-playing games and comedy.

Inspiration really can come from anywhere. For So This Is Ever After it was a conversation. For In Deeper Waters it was a fairy tale that I loved growing up. A few years ago, I was driving across a mountain and saw a lone electricity pole on the side of a steep incline in the middle of nowhere and I was like, how did that get there? And that started a line of thought that became a world-building element in something else that I’m working on.

How would you describe your writing process? What are some of the best/most difficult parts for you?

I start with the big picture and then work my way down to smaller details as the creative process progresses. Once I have the world building elements that I want to include, then I plot out scenes. I’m very much a plotter. I write scenes and details on notecards and place them in sequence. That way when I do have time to sit down and write then I know what scene I’m working on next and what needs to be included in the scene. The hardest part for me is staying focused while I’m working and maximizing the limited time I have to write and create.

Since GeeksOUT is a LGBTQ+ centered website, could you maybe tell us what queer representation means to you?

There was a second part to the question above about if there was a book that I felt myself personally reflected in when I was growing up. And while I can’t say a solid ‘no’ because there were characters that I related to and there were definitely stories that I loved, there wasn’t a singular character that I could point to and say, ‘yes, that character right there.’ Because while I’m certain there were books being written with queer characters, I didn’t have access to them. I didn’t know where to look for them. And even in spec media, where boundaries could be pushed, a lot of times it was always the alien, or they were only in the background, or they died, and that didn’t feel great at all. So it’s important to me that I write stories where queer young adults can see themselves as heroes and can have a happy ending and can be their authentic selves.

Besides writing, what are some of your other interests?

I love to crochet. I make amigurumi and post pictures of them on my Instagram. The first one I ever made was a little Yoda from a crochet kit and from there I was hooked (literally). Then I made a yeti from a pattern I bought on etsy and over the past several years I’ve made hundreds of projects ranging from dragons to unicorns to octopods and cacti. I love finding new patterns and working with different yarns to create something. My yarn collection rivals my book collection.

Be patient. Don’t rush into things and know that processes in publishing can be slow. But keep working. Keep writing the books and stories that you want to see in the world. Persevere. You’ll get there and I can’t wait to read your books.

I’ve not been asked about a playlist yet for this book. I don’t normally make playlists despite almost always listening to music while I write but I listened to so much pop punk while writing this story. And I did because that music was popular when I was really into role-playing games and in a sci-fi club which is where I learned about RPGs and character roles/tropes. So there was definitely some nostalgia when I was writing. Also pop punk songs are usually fast, short, and energetic, which really helps me with motivation and writing speed.

I’m currently working on edits for Spell Binder which is my 2023 release. It’s a young adult urban fantasy-esque book about magic rivals who have to work together to save their mentors. It has a character that is probably my favorite I’ve written thus far and explores some themes that were really important to me the past few years.