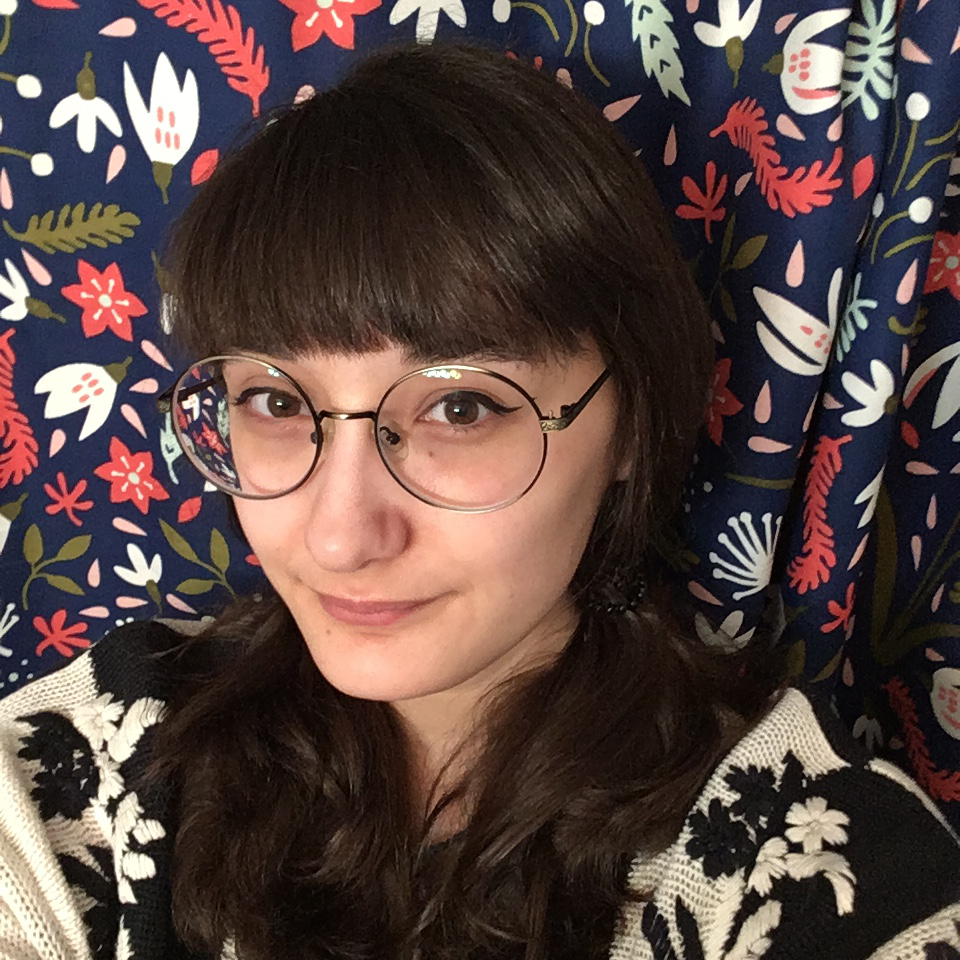 Jessi Zabarsky lives in Chicago with her cat and forty three plants. She was raised in the woods and will one day return there. Her first graphic novel, Witchlight, was published by Random House Graphic in 2020. You can find her online at @jessizabarsky.

I had the opportunity to talk with Jessi, which you can read below.

First of all, welcome to Geeks OUT! Could you tell us a little about yourself and your latest book, Coming Back?

Hi, I’m Jessi! I make comics with a lot of plants, magic, food, and big difficult feelings in them. Coming Back is about two young women, Preet and Valissa, who love each other very much but still have trouble navigating each other’s desires and beliefs. A threat appears in their isolated community, and soon afterward they each have to depart on separate journeys, both of which strike at the heart of their respective anxieties.

What drew you to comics? Were there any comics or artists you believe who inspired you and/or influenced your own personal style?

I’ve read comics from a pretty early age, but I think reading the first volume of Ranma ½ was when it clicked for me that comics were something that I could make, too. Takahashi’s work in general is a big influence on me, plus Miyazaki movies, the Nausicaa manga, and YA fantasy authors like Diana Wynne Jones and Tamora Pierce. I also have a deep love for picture books, especially ones with lots of little fiddly bits to look at in the illustrations.

What would you say are some of your favorite craft elements to work on? What are some of the hardest?

Writing is really fun and inking is so satisfying to me. Thumbnails are the hardest! There’s so much to keep in your head at once, it takes a ton of focus and mental effort. Good thumbnails also make penciling easier, so I have to try extra hard at them.

In addition to your latest book, Coming Back, your debut graphic novel, Witchlight, is also known for its beautiful queer characters. What does representation on the page (queer or otherwise) meant to you as an artist and reader?

I mostly want to reflect all the different kinds of people I see around me, it just feels natural. I also get bored of drawing the same type of person over and over very quickly! I love fantasy and sci fi, and when I started Witchlight, I wasn’t seeing a lot of comics with queer characters in those settings. I want to make and read the kinds of fantastical stories with rich worlds that I love, with different types of people as the leads. I want so many varieties of queer stories that it stops feeling like its own genre. I want fantasy that happens to feature queer people, and for that to feel completely unremarkable.

For those curious about the process behind a graphic novel, how would you describe the process?

The process varies person to person and project to project, but generally I start with a script, then do thumbnails, then page layouts and pencils on paper, and inks directly on top of the pencils. Then I scan the pages into my computer, do digital cleanup and fixes, lettering, and finally, color. With a publisher, they’ll want the front cover figured out earlier in the process, so that gets worked in around halfway or a bit later. It’s a long road and requires a lot of different skills!

Start making comics. Use whatever paper you have on hand and whatever you have to draw with (I made my very first comics in lined notebooks with regular pencils). Start with something low pressure, like a gag comic or journal comics. It can help to give yourself constraints, like the same panel structure every time, at first. Read lots of comics formats- newspaper strips, webcomics, manga, superhero comics, YA comics- check your library, most now have at least one comics section, if not several. Read critically- what do you like/dislike and why? Where do you get confused and what would you do to fix the problem? What works really smoothly? What stands out?

If you’ve already been making comics for a while, find tricks and shortcuts where you can. Making comics takes a lot of time and effort and you are one finite person! Remember that people read comics very quickly and no one will notice if every panel isn’t perfect. Work hard but make sure you’ll also be able to work for a long time! Do your stretches!!

Are there any other project ideas you are working on and at liberty to discuss?

I’ve got secrets in the works but for now you can check my social media (IG @hug_box, Twitter @jessizabarsky) for weekly journal comics where I draw myself as a small rabbit.

‘Hey, Jessi, why do you draw the moon as full in nearly every instance regardless of the time that’s passed in the story?’

Thank you for noticing, it’s because circles are a great design element and I love the moon and she deserves it.

I really love the Hakumei & Mikochi manga! It’s plausibly deniable in its queerness, but it centers two tiny “roommates” who live in the base of a tree and cook, shop, eat, and explore together (they’re wives). There are also several other female characters who definitely don’t have crushes on each other.

For more direct queerness, I’ve been really enjoying the book series that begins with A Memory Called Empire, a space opera about colonialism and selfhood. And an all-time favorite of mine, Ursula Le Guin’s short stories are really excellent for imagining different ways of thinking about sex, gender, and relationships!