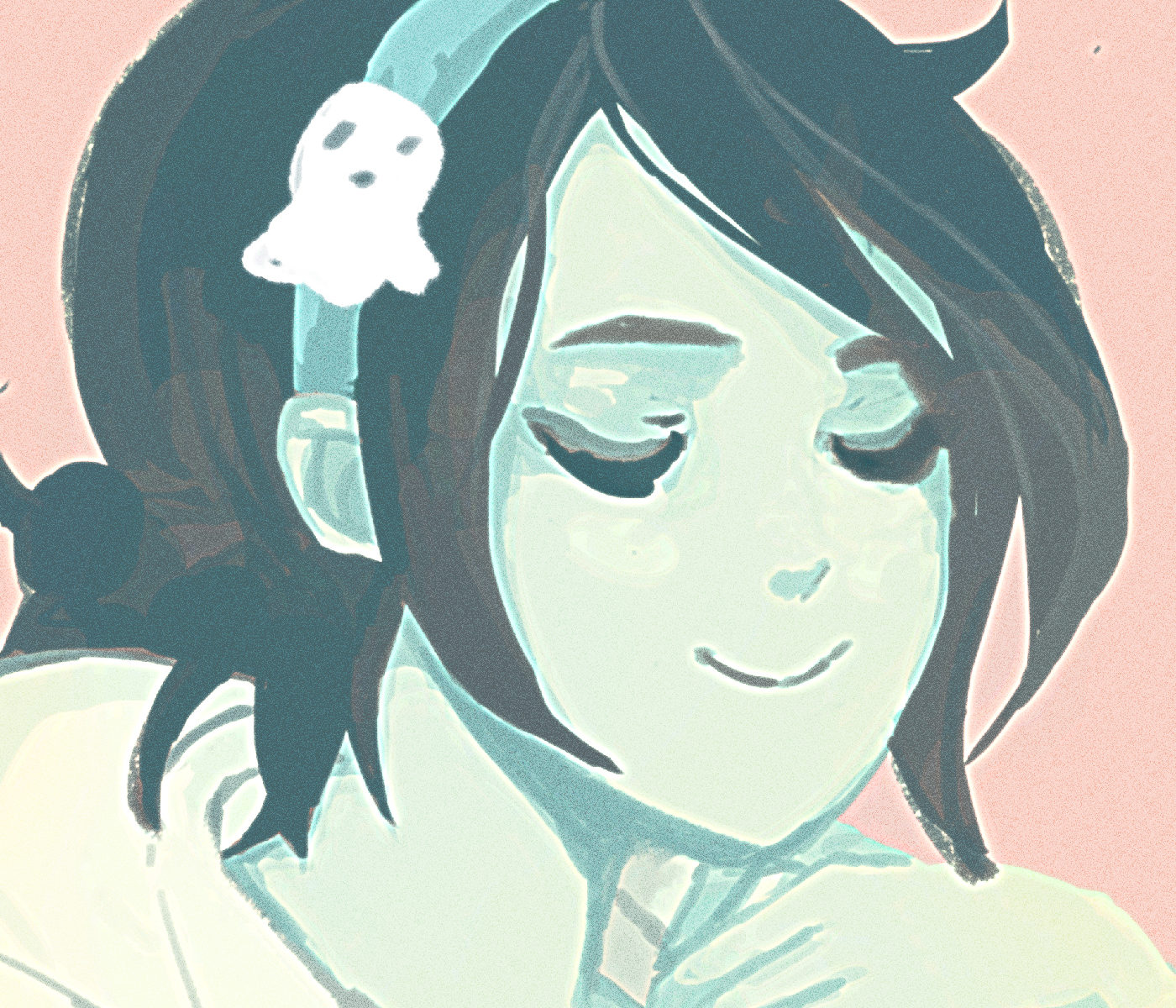 Keezy Young (they/she) is a queer comic artist and illustrator from the Pacific Northwest, currently in Seattle, WA. Today, Keezy writes, draws, and designs their own young adult comics. Their stories are cute, eerie, and often dark, but almost always hopeful at their core. Their work is character-focused, and they use action, romance, and mystery to explore LGBTQIA characters and themes, since those are the stories they always looked for growing up, but could rarely find.

I had the opportunity to interview Keezy, which you can read below.

Hi, I’m Keezy! I’m a queer comic artist and writer from the Pacific Northwest who loves telling stories about eerie, creepy stuff in a loving and hopeful way. My first graphic novel was Taproot, originally published in 2017 (and re-released in July 2022!), and I’m currently working on Hello Sunshine, which comes out with Little, Brown in 2025. I also do short comics and artbooks between my big projects!

As a graphic novelist, what drew you to storytelling through comics, and why specifically Fantasy?

I’ve been drawing for my whole life, ever since I was running up and down the stairs and using crayons on the walls. I came to writing a lot later, but I was always having ideas that I couldn’t quite manifest through a single illustration, so when I found picture books and comics, I was immediately drawn (ha!) to them.

And I always loved fantasy, too. I like being able to explore an idea through a different lens than usual, whether it’s me coming up with the idea or somebody else. It gets me thinking about the world in new ways.

As an artist, one of the comics you are best known for is your comic, Taproot: A Story About a Gardener and a Ghost? Could you tell us what inspired the story? And would you say you have any particular experience or connection with gardening/nature itself?

I grew up in the forest and spent a lot of time with my mom in her garden, so I’ve always felt connected to the world that way. And when I was a kid, I felt ostracized and unloved by the world because I was queer, like my childhood was taken from me in a way, so I wanted to write something for myself in the past–putting those two things together, my happy memories of gardening, and queer love, was really cathartic for me.

And like most of us, I’ve lost people. One of my very earliest experiences of death was my neighbor, a reclusive older man who I only really saw once. I was maybe 6, and had tripped and dropped my pea seedlings on the way home from the bus stop, was crying with scraped knees, and he came out to help me pick them up and put them back in my cup and make sure I was okay. He was kind and gentle, and that memory will always stick with me, even though it was a small thing. He died of suicide a couple of years later, but I will never forget that day, because it’s had ripple effects throughout my life. So I don’t necessarily want to say I’ve been inspired by death, but both his life and death, and those of all the friends who I’ve lost since then, have been with me for a very long time, and Taproot was partly a way of making peace with those losses.

What are some of your favorite parts about this story?

I think it’s easy to only want to see life in nature and growing things, but death is just as important, and nothing ever truly ends with death, it just changes. I think Hamal using his necromancy to make things grow could be seen as a good guy thing to do, but it’s still upsetting the balance, because death is a part of life that you can’t deny or get rid of.

I try to find inspiration from everywhere, but music is a big one for me. I love wandering around listening to music and daydreaming, and it’s where a lot of my ideas come from. Of course, I also gather a lot of inspiration from other people’s creativity, as I think most of us do!

What are some of your favorite elements of writing/drawing? What do you consider some of the most challenging?

One of my favorite elements is when I’m coming up with ideas, losing myself in a different world with different characters, exploring my own feelings and experiences through someone else’s eyes. I also love finally getting to put those ideas on paper and see the things I love come to life so I can share them with others.

My biggest challenge is perfectionism. When I lose sight of what I want and believe in, and start worrying only about what other people want to see, or what other people will think of my work, that’s when things start to get really jammed up. I’ve gotten better at shoving those feelings away over time, but I still struggle with it sometimes!

A lot of people ask about my identity as a queer comic creator, and why I tell LGBTQ stories–there’s nothing wrong with this of course, but I would love to be asked about other aspects of my life and storytelling more often! It might be kind of simplistic, but one question I’m surprised I’ve never been asked is “why do you never draw cloudy, rainy days”: the answer is that I grew up in western Washington and we’ve got plenty of those as is haha.

What advice might you have to give to other aspiring creatives?

Imperfect is better than unfinished! (Or alternatively, ‘shitty is better than incomplete!’) The most important thing about your story is not how perfect it is, it’s that your story deserves to be told. Give people a chance to love it, and they will, no matter how amateur or unrefined you think it is.

I’m currently working on a new graphic novel called Hello Sunshine (Little, Brown 2025) about a group of teenagers trying to find their missing friend. As time goes on, they realize something strange and supernatural is going on. It’s a story about mental illness and family, both found and blood, and most importantly, love of all kinds. And of course it still has queer characters and plenty of hijinks!

Trung Le Nguyen’s The Magic Fish is fantastic, and Laura Dean Keeps Breaking Up With Me by Rosemary Valero-O’Connell and Mariko Tamaki is one of my favorites.