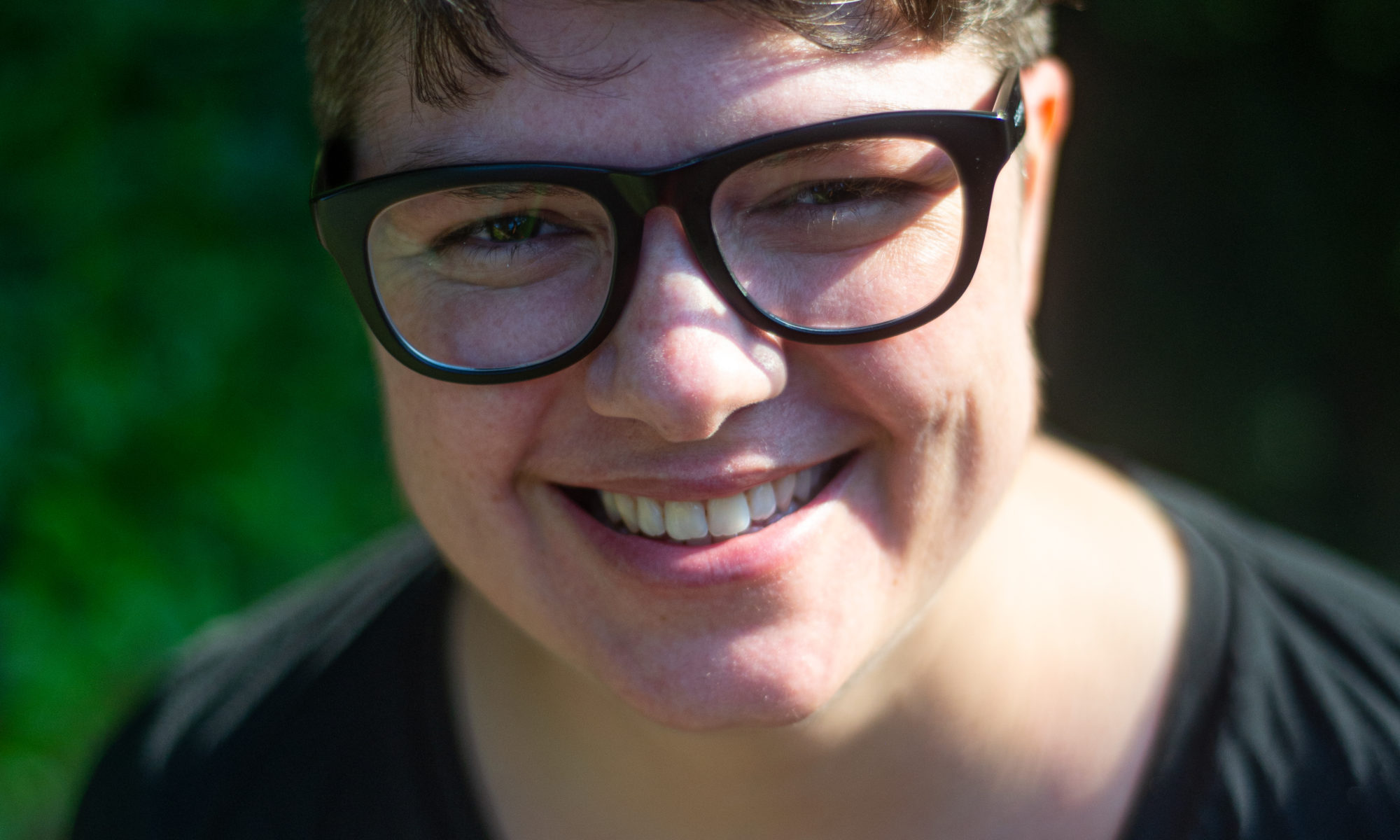 TJ Alexander is an amateur baker and author who writes about queer love. Originally from Florida, they received their MA in writing and publishing from Emerson College in Boston. They live in New York City with their wife and various houseplants.

I had the opportunity to interview TJ, which you can read below.

Thank you for having me! I’m TJ, I’m a writer who lives in New York, and I write queer romance books. Lately I have been keeping alive more houseplants than I’ve killed, so that’s going super well. I’m a Sagittarius. I’m told that makes a lot of sense once you get to know me.

What could you tell us about your book, Chef’s Kiss? What inspired the story?

Chef’s Kiss is the story of an uptight pastry chef named Simone who is working at her dream job, writing recipes for an old-school cookbook publisher. Suddenly she’s expected to create online content, which she really sucks at. But her new enby kitchen manager, Ray, turns out to be a total natural, and they get stuck working together on video projects. They start out really antagonistic towards each other, being complete opposites, but gradually love starts to bloom. I wanted to write a story about food media, which I’m kind of obsessed with, and I really wanted there to be a nonbinary love interest, since I’d never seen that in a traditionally published romance.

What kind of tropes can we expect from Chef’s Kiss?

Role call! It’s got your grumpy/sunshine pairing, your enemies-to-lovers, your slow burn. If you’re into food as a metaphor for love, it’s got that in spades. Oh, and a smidge of found family!

What drew you to the art of storytelling, specifically to the realms of fiction and romance?

I was always making up weird stories as a kid. I think fiction was a safe escape, growing up queer. Love stories particularly drew me in because romantic love was this big, huge, fantastical thing. When I was young and really hungry for those types of stories, the romance genre was Not For Me. I would pick up a romance novel and there would be some very strict ideas about gender that did not appeal to me at all. Still hot, but not for me, haha! So for a long time, I actually avoided romance. I would come up with ideas on my own and think, well, I guess I can just tell myself the stories I want to hear. I’m glad I finally wrote one down and that other people are going to get a chance to read it.

Since Chef’s Kiss is very culinary in theme, I was wondering if you had any personal interest in cooking yourself, and if so if that helped in writing the book?

I’m KIND of obsessed with food? I’m a decent amateur cook, but I’m an expert watcher of culinary media. My favorite thing to do is eat my lunch while watching a YouTuber put together a bento box or bake a fancy cake. I actually have a photo of Ina Garten in my home, hanging on the wall. So yeah! Hopefully I’m bringing a little bit of that unhinged energy into Chef’s Kiss! It definitely helped when I was creating some of the recipes that are part of the plot.

I would call it loosely structured. I discovered I write more productively in the mornings, which was a cruel twist. So I wake up early, same time every weekday, I sit down with my tea, I light my little candle that smells nice (non-negotiable), and I work until I reach that day’s word count goal. If I’m feeling frisky, I’ll go a little further than I have to. I usually follow an outline, but again, it’s very loose.

I don’t want to sound flip or dismissive but have you seen that meme that was going around awhile back? I think it was a tweet? Make a gay little man and give him a problem? Oh I found it! That about sums it up, I think.

My favorite part is hitting upon an answer that you didn’t know you were looking for, those lightbulb moments where you’re like, “Oh, THAT’S why they act this way/feel this way/etc.” Things get easier when that happens. The most challenging bit is probably writing what I call the “tent-pole scenes,” the parts of the story that everything else hinges on. They need to work because otherwise nothing works. That’s a lot of pressure, almost all of it self-made!

Gosh, I would actually love to not be perceived at all aside from my work, you know? Haha, I think I’m pretty shy even though I come off as a loud, talkative extrovert. I think those two halves of my personality got divided between my main characters in Chef’s Kiss, to be honest. But even though I’m a ball of anxiety most of the time, I am friendly! Just sweaty about it.

As of now, are you currently working on any ideas or projects that you are at liberty to speak about?

My deal with Atria is for two books, so I am working on that second one right now. I don’t know if I can say anything too spoilery about it, though, so I’ll just say it’s very queer and very tasty. There are other things happening too. Secret things. Extremely gay things.

Read whatever you can get your hands on that’s in the same wheelhouse as what you want to write. Even if it’s not an “exact match” for your project, it’s going to help you. As I was working on Chef’s Kiss, I read a ton of YA novels with trans and nonbinary characters because that’s where an amazing amount of that representation was being done. I also read romcoms of all stripes just to get a better feel for that genre. Nothing gets written in a vacuum, it all goes in the punchbowl.

OK! If you’re into giant mecha battles/historical retellings, I can’t recommend Iron Widow by Xiran Jay Zhao enough. I still think about that book’s ending once a week or more. If a modern AU/behind-the-scenes story is your thing, my favorite read of last year was Alison Cochrun’s The Charm Offensive. Anything by Malinda Lo–she literally never misses. Cemetery Boys by Adian Thomas was one of those YA books I mentioned reading as research, and it was an absolute joy. Oh, and you know what book would be perfect for those in the queer community committed to advocacy and pop culture? Can’t Take That Away by Steven Salvatore.