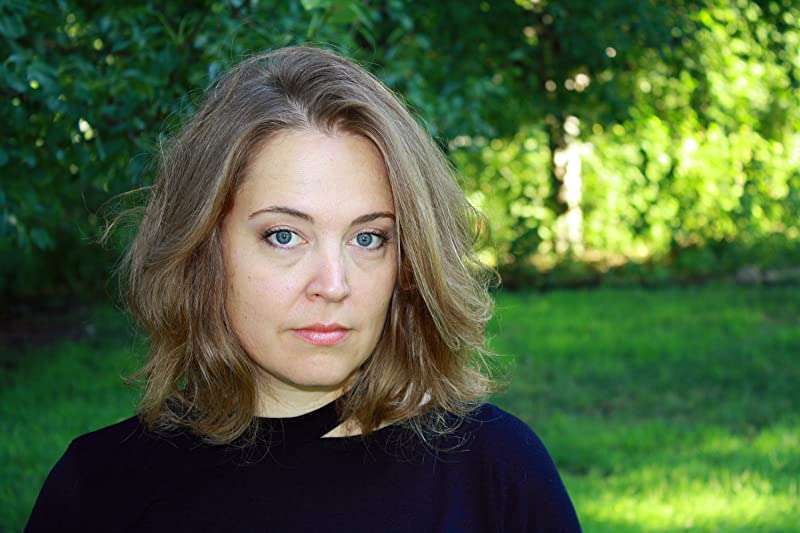 Tessa Gratton is genderfluid and hangry. She is the author of The Queens of Innis Lear and Lady Hotspur, as well as several YA series and short stories which have been translated into twenty-two languages. Her most recent YA novels are Strange Grace and Night Shine, as well as the forthcoming Chaos and Flame. Though she has traveled all over the world, she currently lives alongside the Kansas prairie with her wife. You can find her on Twitter and Instagram.

I had the opportunity to interview Tessa, which you can read below.

Hi! I’m thrilled to be here. I’m Tessa Gratton, author of several SFF books in both young adult and adult categories. Most recently the adult fantasies The Queens of Innis Lear and Lady Hotspur, magical, queer retellings of Shakespeare’s King Lear and Henry IV part i.  My YA tends to be quiet, weird, and queer, like Strange Grace, a dark fairy tale about a town that sacrifices a boy to the devil every seven years and the three teens who decide to change the rules. My work has been translated into twenty-two territories, which makes my basement a real international library. I live on the edge of the Kansas prairie with my wife right now, but have lived on two other continents at different points of my life.

When did you know you were first interested in writing, and what drew you specifically to the Young Adult medium and speculative fiction?

I’ve been a writer for all of my life, though I didn’t realize I wanted to be an author until I was in college. Then in graduate school I was having a really rough time—it was 2004, we were deep in the Iraq war, and my dad was part of the 3/25 Marines battalion. I was struggling with my family because of my queerness and just starting to pull apart my understanding of gender and how I relate to it. I also didn’t get along with my graduate cohort or professors. School and politics and culture wars were wearing down on me, and I realized that if I stayed on my path and went into politics, probably feminist lobbying, I’d just lose myself. So I had to step back and look at what I wanted, and decide how I could do it without giving up my integrity. I wanted to challenge privilege and make the world better, and I realized that what made me that way besides how my parents raised me to question everything, were the books I read as a teenager.  The SFF books.

I realized I could write the stories I’d always loved reading and writing for fun, and write them for and about teens. That was a way to do the work I needed to do. I’ve diversified into adult, but my heart is and always will be in kidlit. Teens are out there choosing who they’re doing to be, struggling with authority and fighting every day. I like to write for those kids, to give them stories about choice and love and longing to make the world better. And monsters and kissing, of course.

How would you describe your latest book, Moon Dark Smile? What inspired the story?

Moon Dark Smile is a genderqueer YA fantasy about a lonely heir to the throne and the dangerous great demon she kidnaps for a road trip through spirit-infested rainforests and volcanos ruled by ancient sorcerers in order to find a way to free themselves from the magical injustice that has been the foundation of their empire for generations—and maybe discover who they truly want to be, to the world, to each other, and even to themselves.

In the book before Moon Dark Smile, titled Night Shine, one of the main characters is Kirin Dark-Smile, the Prince Who is Also a Maiden. He ascends to the throne, and makes a lot of changes to the court and how his people think about him and gender. I wanted to write the story of his daughter, both because the great demon of the palace was a loose thread from Night Shine, but also because I’m interested in intergenerational activism. In how change changes. Kirin changes a lot, but mostly cultural and personal, not much that is structural. Those structure flaws are the ones his daughter Raliel, the MC of Moon Dark Smile, sees. The conflict of the book comes from consequences of the personal and political choices that Kirin and his friends make in Night Shine. It’s very possible to read Moon Dark Smile as a stand-alone, because Raliel and Moon’s story is their own, but taken as a duology the two books tell a more complete story.

Were there any stories (queer or otherwise) that you read or watched growing up that had touched you or felt relatable in any way? What stories draw you in today?

My favorite books when I was a young teen were Jurassic Park, The Vampire Lestat, Swordspoint, and the entirety of Robin McKinley’s works. I loved JP for how freaking cool it was, and I was a huge dinosaur nerd so the idea of it inspired me to really tear open my imagination. All of Anne Rice’s books felt queer to me, even when they were not overtly—especially the vampire books and the Mayrfair witches. There was something about the relationships and transformations that made me believe in queerness even before I realized that’s what I was getting from Lestat (and his awesome, oft-forgotten mother). Ellen Kushner’s Swordspoint is about a bisexual swordsman in a fantasy world and his wild queer lover—it’s the first book I read that was overtly queer, and weird, dangerous, and wonderful. And it had a happy ending! I’ve been lucky enough to work with Ellen as an adult and meeting her was incredible. Robin McKinley is a hero of mine, because of how she has always maintained her voice and vision in her novels—they are crafted delicately and center relationships and a hero who is coming into their own. They’re perfect fairy tales.

I can’t ignore the influence Vanyel Ashkeveron, the gay wizard in Mercedes Lackey’ Valdemar series, had on me. I was obsessed with him, and with the unapologetic way those books depicted gayness. It was part of the fantasy culture, and Vanyel was not only so gay, he was the most powerful wizard. It was possible to be both! That blew me away as a kid. I didn’t hold on to Vanyel as long as the others, I think because at the end of the day it was a tragedy. Beautiful, meaningful, but still awfully sad. I needed that when I was figuring out who I was, but once I got it in myself better, once I had tasted a little bit of queer joy, I wanted that more than I wanted the catharsis of tragedy.

These days I watch a lot more television than I used to, and it’s very balanced with my reading. I am drawn to stories about relationships and magic, and always have been. My favorite current shows are The Untamed, a Chinese drama based on a xianxia boy love web novel filled with rival families and betrayal and dark magic and very soft queers, and Star Trek: Discovery, which not only has some of the best writing and acting on TV today, but just keeps getting more and more and more gay! That’s fitting, because the first time I saw myself really on TV was in Jadzia Dax, from Deep Space Nine. She was absolutely canonically genderqueer in the late 1990s. The way the show used her alien species to be overtly queer blew my mind—it normalized genderqueerness in a way that, honestly, I still barely can find on TV. Unless it’s on ST: Disco.

Did you draw on any resources for inspiration while writing, i.e. books, movies, music, etc.? Where do you draw inspiration or creativity in general?

In general I draw inspiration from my daily life—from nature and exercise and my wife and family. I draw it from music that makes me feel a certain way, or from shows and books that make me ask questions and wonder how I would do it, and what I am desperate to add to that conversation. For Moon Dark Smile I listened to a lot of dreamy music, piano and strings, some dramatic soundtracks like Sunshine. I wanted the world to feel like Spirited Away or Princess Mononoke and I listened to those soundtracks and watched interviews with Hiyao Miyazaki to remind myself that I could still create when burned out or stressed (I wrote the whole book from proposal to finished draft during the pandemic). I read a thousand fanfics about two specific characters to be inspired by how a relationship can be inherently the same, inherently satisfying, even if the circumstances and entire world changes every time. To break myself out of the habits that were no longer serving me.

Follow your curiosity. Learn everything you can about whatever you want. Write, but write anything. Just keep doing it, and redoing it. Go on adventures when it’s relatively safe, whether it’s to a neighboring river or the other side of the world. Don’t be afraid to take the occasional risk, as long as you aren’t risking others. Talk to people who aren’t your neighbors or family or friends. Then listen to them. Read books in translation. Read books that have been popular for hundreds of years or just a few in other countries. Read whatever sparks joy. Practice being yourself, then practice still when who you are changes.

I am deeply excited to say that I wrote a Star War! It’s called Path of Deceit and it comes out in November. I can’t tell you anything else about it, except there are queer characters filling out that galaxy far, far away.

Next March I have another book I co-wrote with my friend Justina Ireland called Chaos and Flame. It’s an enemies-to-lovers romance fantasy book with dangerous prophecies, mad princes, velociraptors and kraken, lots of sword fights, assassination attempts, ancient magic and, of course, kissing.

Justina Ireland’s Dread Nation and the sequel, which are about what might have happened if the zombie apocalypse started during the Civil War.

Adib Khorram’s Kiss & Tell, about the gay member of a popular boy band.

Natalie C Parker’s Seafire trilogy, and her upcoming middle grade debut The Devouring Wolf, about some queer kids who also happen to be werewolves in Kansas.

Shelly Parker-Chan’s She Who Became the Sun

Of course Swordspoint by Ellen Kushner and the other books in that series, especially Tremontaine, which I also worked on for a few stories. Everybody is some flavor of queer, and it was glorious to work on, and I hope even better to read.