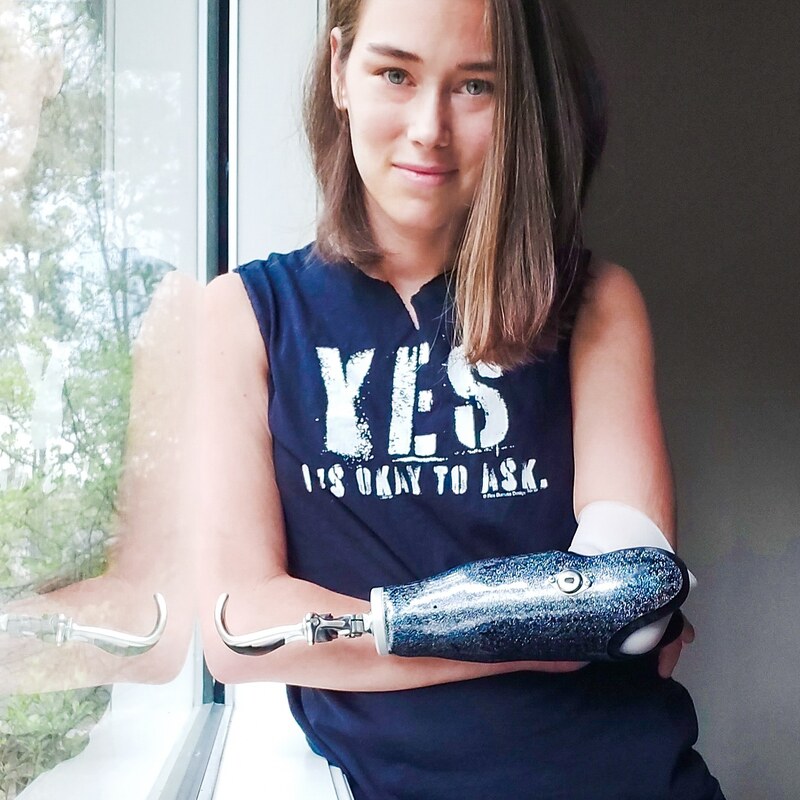 Samantha San Miguel grew up barefoot in South Florida. Living in this wild, diverse, and exuberant state taught Samantha a lifelong respect for the natural world with both its dangers and delights. Working there as an adult taught her a love for the colorful personalities that crowd the state’s borders. And leaving it taught her that whether in Florida, Cuba, or anywhere else in the world, you can never be an exile if there’s sunshine in your heart.

I had the opportunity to interview Sam, which you can read below.

Hi and thank you! I’m Sam. When I’m not writing you can usually find me reading, practicing some kind of sport, or hanging out with my family. I love animals and the outdoors.

What can you tell us about your latest book, Spineless? What was the inspiration for this story?

Set at the turn of the 19th century, Spineless is the story of twelve-year-old aspiring naturalist Algie Emsworth, whose family winters at a remote South Florida hotel. While searching for new species in the surrounding swamps, Algie makes a discovery bigger than he bargained for!

Though the book is set in a different location, the city of St. Augustine furnished both my concept inspirations. While visiting there a few years ago, I was startled to walk around a corner smack dab into a gigantic Spanish renaissance castle just hanging out along the sidewalk. “What is that?” I asked my husband, who was more familiar with the area than I. “Oh, just Flagler College,” he answered. As I delved deeper into the matter, I discovered that the college campus had begun as the flagship of Florida’s grand hotels: elaborate Gilded Age enterprises as architecturally fantastical as they were financially unviable. Their history captured my imagination, and the inkling of a story was born.

Some of my earliest memories are of my siblings and I telling stories to each other before falling asleep. As we got older the stories progressed into RPG campaigns in various fandoms, writing and filming our own movies, and for some of us, full-length novels. We never really stopped—these days, my older brother is my critique partner! So storytelling has always been a very natural part of my life.

Spineless, while historical fiction, was said to be inspired by your experiences living in Florida. Could you elaborate on this and any other personal elements that may have made their way into the book?

When I was a kid, the marine research institute in our area had a fantastic educational program specifically for homeschoolers. They’d show us deep sea submersible footage, bring us aboard their research vessel, and take us out for days exploring various aspects of the ocean and lagoon. One day we might hike to a jetty and learn about worm reefs, the next we might spend hours wriggling through mangroves on our stomachs observing fiddler crabs. If you’ve read Spineless, you can see how those early experiences impacted the book. Another major influence was growing up close to Pelican Island, the first U.S. national wildlife refuge. It was created to protect endangered wading birds, and hearing about the historic struggles between plume hunters and early conservation champions made a big impact on me at an early age.

My family’s roots are Cuban, and the relationship between Cuba and the U.S. is complicated and sad. It reminds me of Jane Austen’s description of a bad breakup: “Now they were as strangers; nay, worse than strangers, for they could never become acquainted. It was a perpetual estrangement.” I grew up down the road from my abuelo, who said goodbye to Cuba after Castro took over. Our heritage is a huge part of our family culture and identity, but despite many of us living only a day-trip’s distance away, no one in my family has been able to even visit the island for generations. The closest us younger ones have gotten is seeing the love in our older relatives’ eyes when they talk about it. As a kid, I got used to hearing people (never Cuban Americans) laugh at me when I mentioned I was Hispanic, because I don’t speak fluent Spanish. I wanted to express a little bit of what it felt like, for me at least, growing up as a child of that estrangement. Different century, different war, same sense of exile.

Switching gears to chronic illness rep, I’m a registered nurse by profession and noticed long ago that it was tricky to find thoughtful depictions of characters with physical challenges in children’s media. In most of the instances I saw, either the story revolved around the character’s health issues, or else their disability was essentially cosmetic. For example, in the recent movie The Sea Beast, the first mate has an above-knee prosthetic leg, yet is shown as having superhuman balance on swaying, slippery, and uneven surfaces. I wanted to portray a character who had physical challenges, but without subsuming his identity in his health or ignoring the real risks and roadblocks associated with disability.

How would you describe your general writing process? What are some of your favorite/most challenging parts for you?

Step 1: Think of a concept. Decide it sucks, think of ten more, and pick the least boring one.

Step 2: Wrestle said concept into a one-page synopsis and read it aloud to every friend, family member, or stranger who will stand still long enough, watching like a hawk to see if they betray a gleam of interest.

Step 3: Write a draft. Decide it sucks. Rewrite it.

Step 4: Declare nothing on earth will ever make this story come together. Press onward anyway.

I’m happiest once my drafts become a collaborative process between me and my agent or editor/s. The earlier drafts are always a struggle for me when the disconnect between my vision for the book and the messiness on the page is most glaring. There’s always the temptation to give up, but I get through it by gritting my teeth and reminding myself that anything worth doing is worth doing badly.

As an author, who or what would you say are some of your greatest creative influences and/or sources of inspiration?

My years working as an acute-care nurse had a huge influence on me as an author because they changed the way I view the world and other people. I’m not afraid to write about characters acting with impossible bravery in dire situations—my patients and coworkers showed me long ago that that kind of bravery isn’t actually impossible.

Aside from your work as a writer, what would you want readers to know about you?

I became a triple amputee in my early thirties after a bout with septic shock. Athletics are a huge part of my life, and I’m a serious paratriathlete. I have separate pairs of prosthetic feet for walking, running, biking, and dancing.

Q: How do you manage your time as a mom, writer, and adaptive athlete?

A: I prioritize. I have limited hand function due to nerve damage, so it takes me a longer time to get things done than it used to. Sleep, exercise, family time, and a healthy emotional and spiritual life come first. Writing is the next rung, and I’m also involved with various projects in the disability & accessibility arena. I try to keep everything else as lowkey as possible. For me, this has meant investing a lot of energy upfront into learning how simplify things like meal prep, laundry, scheduling, etc. Doubling up on stuff helps—for example, my husband is my training partner, so we get lots of great quality time working out together.

Think of writing the way you would a sport. Nobody’s born knowing how to do a backflip on a balance beam. Similarly, no one (at least no one I’ve ever met!) is born knowing how to effortlessly manipulate prose, characterization, and long-form narrative structure right off the bat. It takes practice. Read stories you love, read craft books, attend conferences or critique groups if you find those helpful—and if not, don’t. Find a writing buddy to swap stories with. Ask yourself why you write and put it on a sticky note somewhere visible. Don’t chronically sleep deprive yourself in order to fit in writing time—fire up your creative brain by figuring out a different way to fit the writing in. Never underestimate the value of mental white space.

For tropical steampunk vibes, check out The Twenty-One Balloons by William Pène du Bois. For a well-rounded protagonist with physical challenges, try Insignificant Events in the Life of A Cactus by Dusti Bowling. To satiate your sea monster cravings, go for The Monster Missions by Laura Martin.