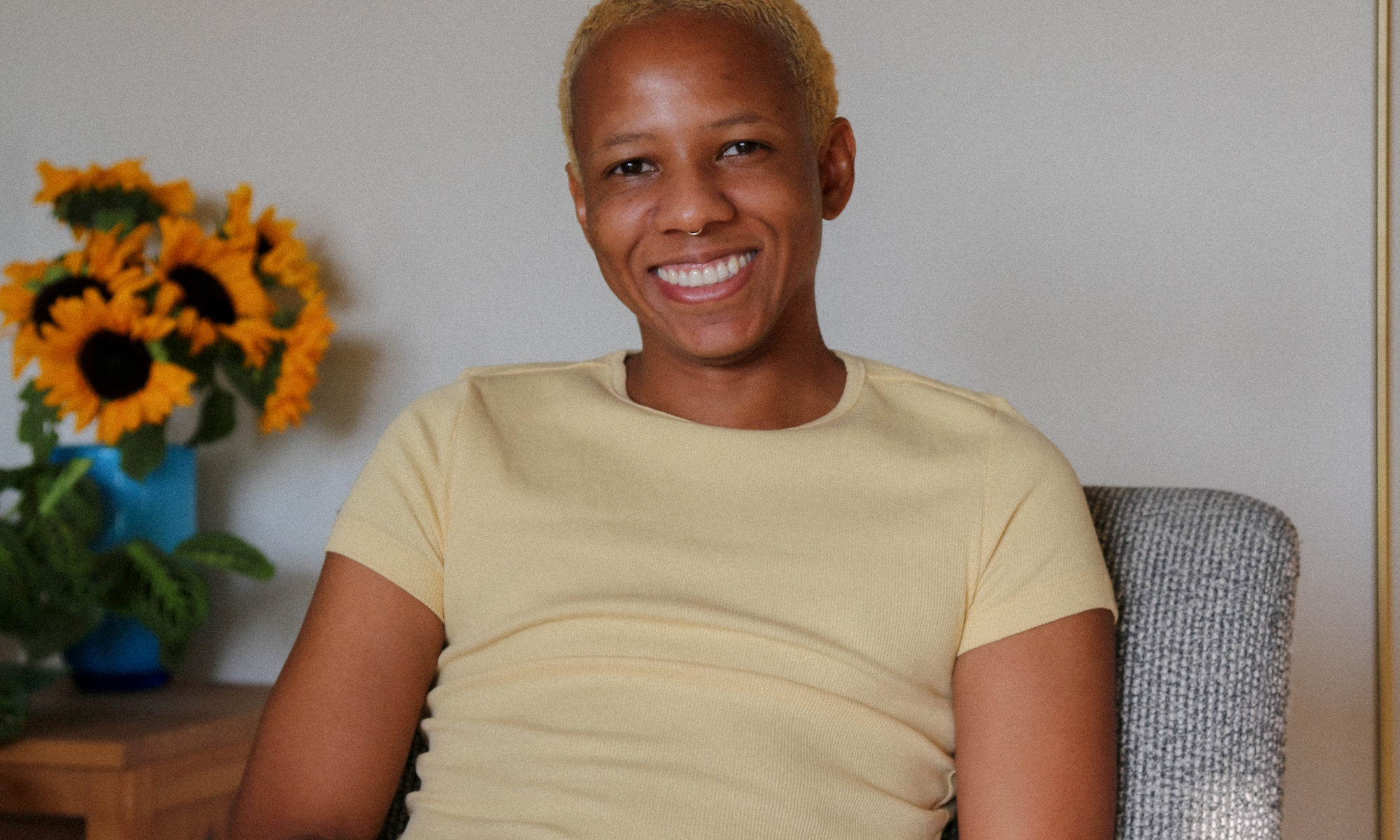 Kacen Callender is the bestselling and award-winning author of multiple novels for children, teens, and adults, including the Stonewall Honor Book Felix Ever After and the National Book Award for Young People’s Literature King and the Dragonflies. Callender enjoys playing RPG video games, practicing their art, and focusing on healing and growth in their free time.

I had the opportunity to interview Kacen, which you can read below.

Thanks for having me—and yes! I’m a writer, and aspiring illustrator, and love to game in my free time. ☺

What can you tell us about your latest book, Lark & Kasim Start a Revolution? What inspired the story?

Lark & Kasim is about seventeen-year-old nonbinary Lark who is an aspiring author and thinks that the only way they can be published is to gain over 50K followers on Twitter. They’re well on their way, until their former best friend and now number one enemy, Kasim, accidentally posts on Lark’s Twitter page about Kas’s unrequited love. The post goes viral, and Lark is pulled into a spiral of lies where they need to learn authenticity and accountability, and self-love.

The story was originally inspired by response to another of my YA novels, Felix Ever After—though I was so happy to see the overwhelming amount of love that Felix received, I also saw a backlash to his mistakes as a learning, growing human, and realized that there is a double standard in both books and real life: that the more marginalized a person is, the less space we have to make mistakes and learn and grow before we’re deemed as unlikeable. This sparked Lark, a character who desperately wants to be liked so that they will feel safe in a world that so often does not accept them.

What inspired you to get into writing, particularly young adult and middle-grade fiction? Were there any favorite writers or stories that sparked your own love and interest in storytelling?

I loved fanfiction when I was young—my first fanfic was a Card Captor Sakura retelling of The King and I (I’m not sure how it makes sense, either). Storytelling was always an important form of escape, so I was lucky to have books like the Animorphs series.

The only constant in my writing process is that with every book I write, I have to sit down and figure out what the process is going to be. It changes from book to book, with some stories requiring a strict outline, and others needing more of a flow. My favorite process is when there’s a perfect balance of an outline that allows for flow and surprising new storylines in between every planned plot beat.

For Lark & Kasim, the process was very different because, originally, the story was meant to be set during the year 2020, following the timeline of the year. I realized as I wrote that the book was becoming much more about the year 2020 than it was about the characters, so I gave space to the setting and allowed it to be in a vaguer timeline that has been still affected by the pandemic. The original first draft became a very detailed outline where the characters were able to experience more conflict and scene together because they weren’t in quarantine.

My favorite element of writing is dialogue—getting so into character and scene as I’m writing that I catch myself saying the lines with my characters and acting out their gestures and facial expressions. That’s when I know a scene is particularly working.

The most challenging is making sure that readers are seeing the world and characters as fully as they are in my head. I feel the emotional attachment to my characters and story because they’re already inside of me, but sometimes language, scene, character development, etc. isn’t enough to transfer that same energy that’s inside of me into the reader, because we just haven’t had the same lived experiences and will always view the same story and sentence through a different lens.

I don’t think I’ve been asked “What was your favorite part about writing Lark & Kasim?” yet. My answer: I had a lot of fun breaking the fourth wall by playing with the parallels of Lark being a character who is at times aware that they’re a character in a book, and wonders what it means to be an unlikeable character, or an unlikeable person, as someone who will make mistakes. Breaking the fourth wall wasn’t planned, so those are the best moments when a spark of the unexpected makes its way past the outline and into the story.

What advice might you have to give to aspiring writers?

Lark & Kasim would be a great novel to check out for advice because I also enjoyed including a lot of thoughts on craft for young writers and teens or advice I wish I’d had when I first started out. But, it all mostly boils down to suggesting that writers follow their joy, instead of writing what it is they think others want to read.

I held out for a while, but I’ve finally started watching JoJo’s Bizarre Adventure.

There are projects that I’m excited about but unfortunately can’t speak on yet.

I recently started Mariama Lockington’s In the Key of Us—she’s a magician with language.