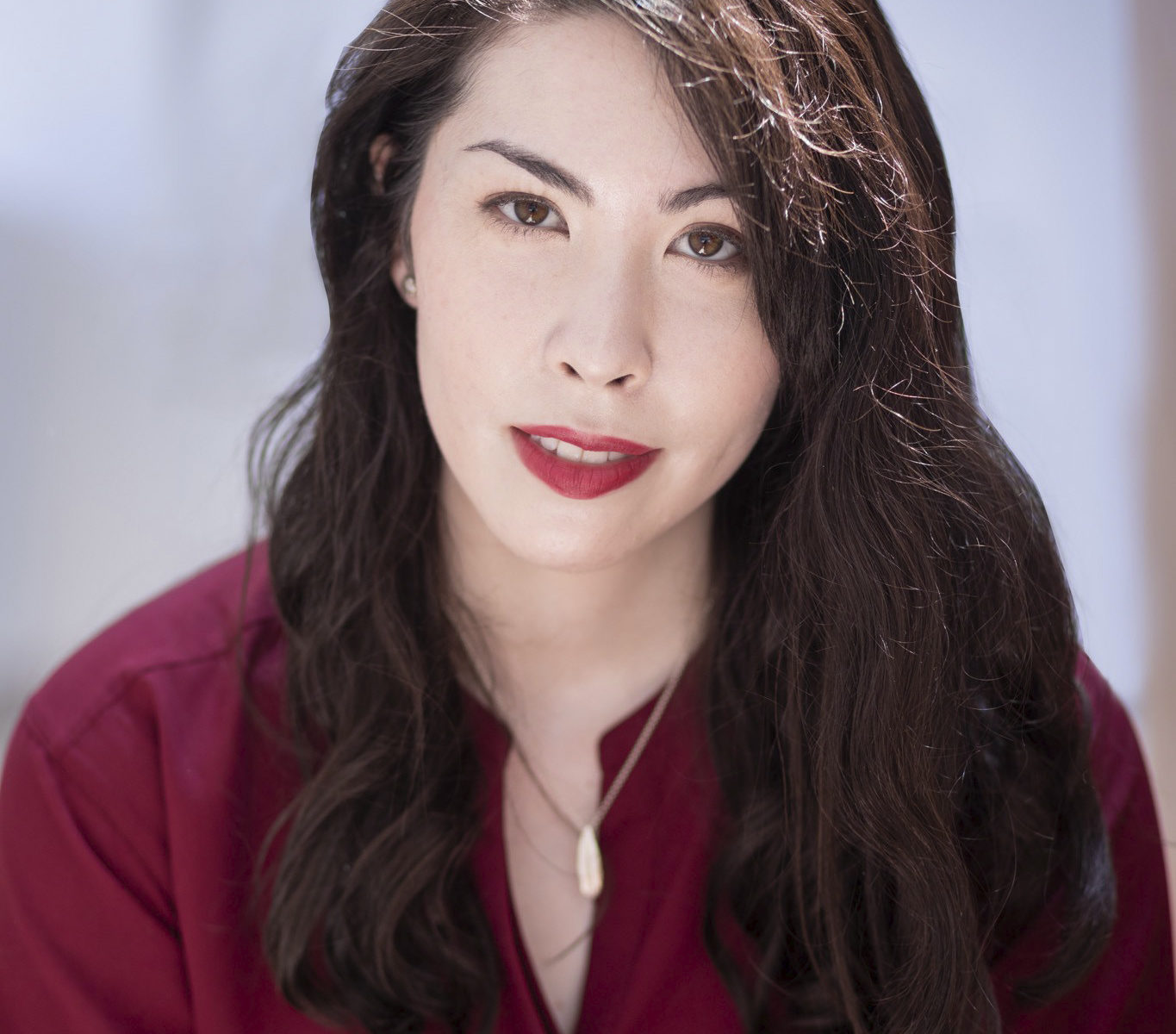 Kylie Lee Baker grew up in Boston and has since lived in Atlanta, Salamanca, and Seoul. Her work is informed by her heritage (Japanese, Chinese, & Irish) as well as her experiences living abroad as both a student and teacher. She has a BA in creative writing and Spanish from Emory University and is pursuing a master of library and information science degree at Simmons University. In her free time, she plays the cello, watches horror movies, and bakes too many cookies. The Keeper of Night is her debut novel.

I had the opportunity to interview Kylie, which you can read below.

Thanks so much! I’m an author, archivist, and former librarian from Boston, so I deal with books in all the stages of their life cycles. I write dark, eerie fantasy, often inspired by my own heritage. I love watching horror movies, doing escape rooms, and baking more cookies than one human can possibly eat before they go stale.

What can you tell us about your debut series, The Keeper of Night duology? What inspired it?

The Keeper of Night duology is about the journey of a half British Grim Reaper, half Japanese Shinigami girl who is kicked out of her home in Victorian England and flees to the Japanese underworld with her younger brother, where she makes a dangerous deal with the Japanese goddess of death in exchange for acceptance.

It was inspired by a dark Victorian English shows like Penny Dreadful and Black Butler, as well as a desire to explore my own heritage through mythology after reading a Vietnamese mythology-inspired fantasy called Girl Giant and the Monkey King by Van Hoang.

What drew you to writing, particularly young adult and speculative fiction? Were there any favorite writers or stories that sparked your own love and interest in storytelling?

I can’t remember a time when I didn’t write. I filled notebooks with stories as a kid and was lucky enough to have parents and teachers who encouraged it. I always loved speculative fiction because I was captivated by the expansive magical worlds of anime like Fullmetal Alchemist and books like Artemis Fowl as a child and hoped to recreate that feeling of I need to keep reading! that they made me feel in my own work. I actually fell into young adult fiction by coincidence—I started writing my first novel when I was 18, so my characters were also 18. It wasn’t a conscious decision to put myself into a certain marketing category, but I developed an appreciation for it and a good knowledge of the genre after reading YA books my agent recommended. Authors like Melissa Albert, V.E. Schwab, and Neal Shusterman were formative for me when I first started seriously reading YA.

The Keeper of Night duology is said to feature a biracial protagonist, exploring themes of assumed monstrosity through marginalization. What does it mean to you as an writer writing this into your work, especially as a mixed-race author yourself?

It was important to me to offer a take on the “half-magical-creature/half-human” trope in fantasy that is grounded in reality—for people like me, being caught between two worlds isn’t just a fantasy trope. Readers are often willing to empathize with a character who’s white and half unicorn (for example) but not with one who’s half Asian. I wanted to bridge that gap by writing a character who’s two species and also two races in order to really dig into what life is like when you’re constantly told you don’t belong anywhere.

How would you describe your writing process? What inspires you as a writer?

My writing process is constantly changing as the circumstances of my life change and as I grow more confident in my writing. These days, I like to write a chapter-by-chapter outline that I feel confident in, quickly write a zero draft where I’m allowed to write terribly, do several passes filling in the missing beats, and finally do a line edit once all the pieces are there. I find ideas everywhere I go—in the media I read and watch that makes me think “I love this but I would have done it slightly differently” or in the history I read about. Anything that moves me is inspiration.

There’s a special moment when drafting every book when I think of the perfect way to resolve a thread, or a great plot twist that fits in perfectly with what I’ve already written, and think Yes, this is exactly what the story needs! That’s the best part of writing for me. The most challenging part of writing is probably when I know the story isn’t working but I can’t figure out why—it just feels wrong. Sometimes there’s truly something wrong with the story, and other times I’m just hungry. It’s hard to tell!

One of the hardest parts of writing a book is finishing one. Were there any techniques/ strategies/ advice that help you finish a first draft?

The willingness to write imperfectly as well as giving myself hard deadlines is helpful. I use a word count tracker so I can see a line on a graph going up as my word count increases, which is really motivating for me, personally.

No one ever asks me to talk about the romance The Keeper of Night, and people tend to make a lot of (often incorrect) assumptions about my intentions in writing such a strange relationship. Without getting too spoiler-y, I’ll say that I love writing about how powerful yet destructive love can be. In this case, how you can think you love someone but really only love the idea of them, what they represent, what they can do for you, rather than respecting them as a complex person.

This is just a different field of my work, but most people don’t know I work in archives and am incredibly nerdy about archival preservation. I love taking care of historical items and making them accessible to a broader audience than just academics.

What advice might you give to other aspiring writers?

Consume lots of the books and media you love and try to put a finger on what about them moves you, then figure out how you can recreate that feeling in your own work.

The first book of my next fantasy duology, THE SCARLET ALCHEMIST, is coming out in Fall 2023. It’s about an orphaned alchemist in an alternate Tang Dynasty China where alchemists have unlocked the secret to eternal life, but only the rich are allowed to buy it. A biracial self-taught alchemist girl has the power to raise the dead, which captures the attention of the royal family and forces her into their inner circle, which is a very dangerous place to be.

There’s so many! Recently I absolutely loved reading Deep in Providence by Riss M. Neilson, Only a Monster by Vanessa Len, and Our Crooked Hearts by Melissa Albert.