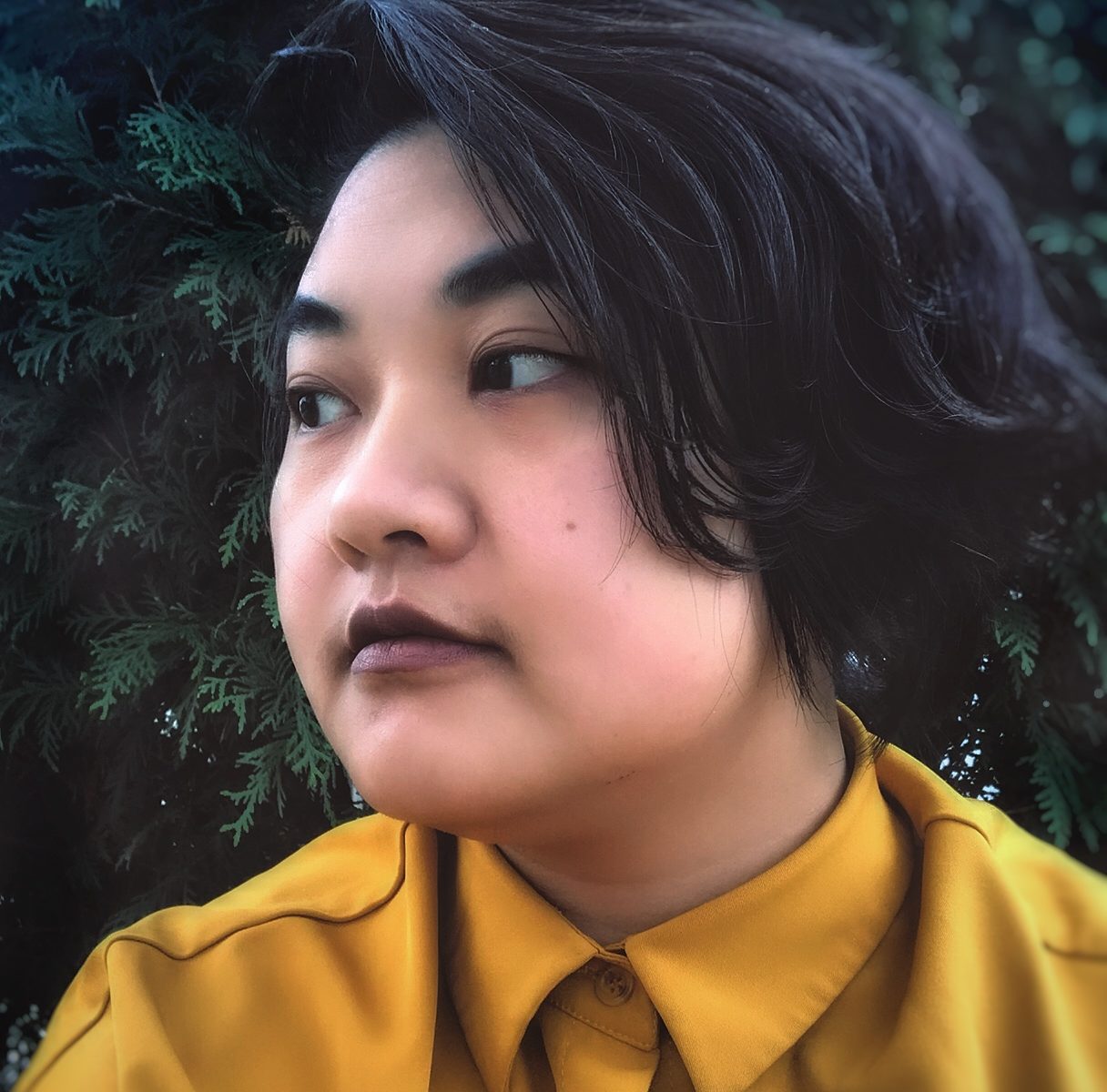 Chan Chau is the creator of the New York Times bestselling graphic novel adaptations of The Baby-Sitters Club: Kristy and the Snobs and The Baby-Sitters Club: Jessi’s Secret Language by Ann M. Martin. They graduated from the Minneapolis College of Art and Design. Their work appears in the award-winning comics anthology ELEMENTS: Fire and they have designed backgrounds for animated TV shows. Chan lives in Tacoma, Washington.

I had the opportunity to interview Chan, which you can read below.

I am Chan, a nonbinary cartoonist, and illustrator based in the Pacific Northwest. I have been working in comics for several years and have been nominated for multiple Eisners and several other awards.

What can you tell us about your latest project, and how did you get involved in illustrating for the Baby-Sitters Club series in general?

I am finishing up a book called Enlighten Me with writer Minh Le, published by Little Brown Ink. As for Baby-Sitters Club, my involvement was a surprise! I received an email one day from the lovely editor, Cassandra Pelham Fulton, with an offer to adapt the series, and that was that!

Did you have any previous connections to the Baby-sitters Club universe before working on this project?

I did not! I had heard of the Baby-Sitters Club when I was growing up, but I had no real connection to it otherwise.

How did you find yourself getting into comics? What drew you to becoming an artist?

I read comics and manga growing up. It wasn’t considered “reading” at the time; however, it was one of the only ways I read books. Comics require the ability to parse words and images together. I wanted to share my love for them and grow up wanting to make art.

As someone who both writes and draws comics, what is your favorite part of both processes? How would you describe your process working on comics in general?

Oh gosh, it varies from project to project, but my process is either highly chaotic or having assembly line-like precision. Nothing in between, unfortunately. I find myself loving either the Thumbnailing or Inking process; one requires me to set the whole stage of a book or story, and the other is where I can mindlessly listen to Youtube and work.

I’ve noticed within your work, whether working on Young Adult content, superhero-inspired comics, or the supernatural, you have a really beautiful style that’s so soft and elegant, and yet still super dynamic. As an artist, would you say there were/are any artists or comics that have influenced you creatively over the years?

While in school, I studied a lot of Western European and East Asian artists and styles. A few of my biggest influences are Roger Ibáñez, Shirahama Kamome, Thierry Martin, and Kerascoët. They all have a keen eye and hand for inking.

A comic of yours I’ve really enjoyed was Soft Lead, in which you imagine Superman as a newspaper cartoonist. I think the theme of discussing the value of creating art in a world that constantly needs saving is really potent right now and was wondering on your thoughts about what art means to you personally?

Art, to me, is an expression. Whether done for commercial use or fun, it’s all made with a purpose. Some folks would argue with me about that, but I don’t think artists would make art if they genuinely didn’t want to. I certainly wouldn’t, haha!

What advice might you have to give to aspiring artists/comic book creators, to both those who draw and those who don’t?

My advice is to get out there and make that thing you want to make. Try it out and see where it takes you because you will only know if something is working if you put your pen to paper (for both artists and writers). Read many comics and indulge in other media that bring you joy!

Aside from comics, what would you say are some of your other skills or interests?

Before I did comics full-time, I spent most of it being a freelance illustrator or product designer. I love to make merchandise with my art on it and present it at shows! There’s something about making your art a tangible object that I love.

I wish people would ask about my constant decision to make short stories or zines. Some of my peers will laugh at me because they know I continuously preach it as a valuable skill! Short stories provide a platform to show off a cartoonist’s vision, storytelling prowess, and ability to finish a comic. I’m utterly grateful for all the opportunities that zines/short stories have brought me.

Are there any projects you are working on and at liberty to discuss?

I have also been dabbling in pitching my own story, and I hope to talk about it in the near future!