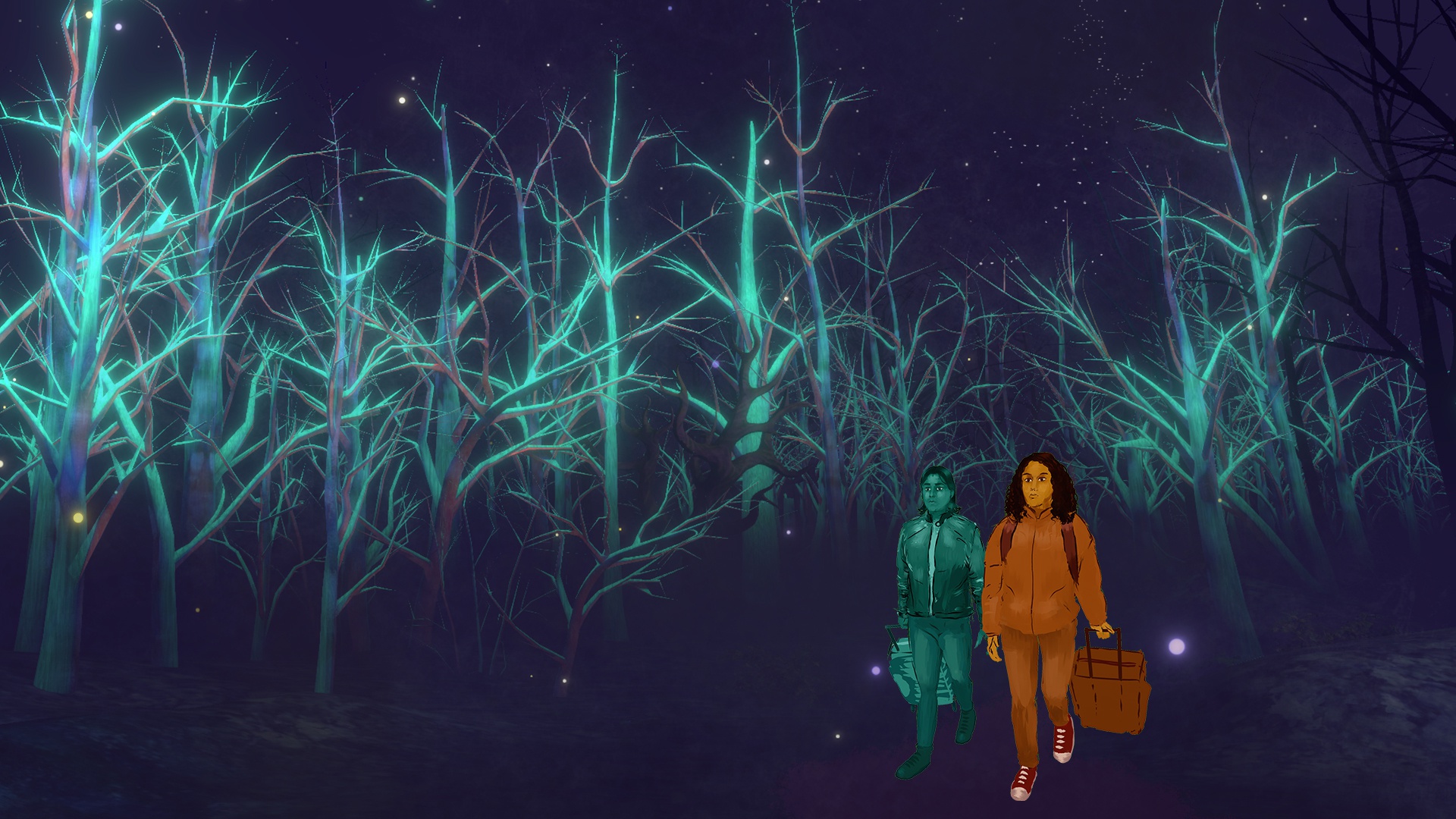 Tribeca’s annual Virtual Arcade Featuring Storyscapes is back with another diverse assortment of VR experiences.  I got the chance to experience four, including the remarkable Another Dream, second in the transmedia series Queer In A Time of Forced Migration.  Readers should note that this year’s Arcade also includes Doctor Who: The Runaway, an animated tale featuring the new Doctor—and a full scale Tardis on site!

In Another Dream, directed by Tamara Shogaolu, viewers meet a lesbian couple forced to flee Egypt in search of safety in the Netherlands.  It’s an incredibly moving story, elegantly animated; watching it, I couldn’t help but be bowled over by the immense courage of its subjects.  While the interactivity left a bit to be desired—all you get to “do” is trace the Arabic characters for each chapter title—the immersive nature of the short makes you feel like you are living through the predicament with the women.  You also share in their newfound peace and hope.

Kevin Cornish’s ambitious 2nd Civil War plays a bit like an augmented reality Purge installment.  Like that franchise, it’s ambitious and more than a little on-the-nose hammy.  The experience begins in the “real” world, where a tough-as-nails army officer begrudgingly approves your pass to report from the Conflict Zone of a war torn America.  (The actress was utterly real and made me distinctly uncomfortable.)  In the VR component, a prologue mixing real and recreated news footage leads into a series of encounters with dystopian Baltimore residents. You can speak dialogue from a range of options; unfortunately, I had to repeat some of the lines multiple times for the people to “hear” me.  Cheesy acting from some of the participants, like a one-armed journalist and a trashy tattooed mom, as well as the choppy integration of performers and background plates distracted from the intended effect.

The Canadian Gymnasia, directed by Clyde Henry Productions, gets an A for physical environment: a decrepit classroom with hard plastic chairs, pages of music strewn across the floor, and two nightmare fuel baby dolls, one seated and the other roaming eerily on wheels.  The VR itself is cool and creepy: balls and butterflies skitter across the floor and the dolls start singing one of those “childlike” songs calculated to give goose bumps.  It’s all nifty to look at, but ultimately feels like just so much production design in search of a Conjuring spinoff.

For pure, adorable entertainment, you probably can’t beat Eric Darnell’s Bonfire made by Baobab Studios.  The director cut his teeth on the Madagascar movies and Antz, and it shows: the adventure plays like a particularly witty “kiddie” movie that you’d have no problem sitting through.  Ali Wong is pitch perfect hilarious as a neurotic robot who, following a crash landing on a potentially hostile alien planet, keeps nagging you to look out for danger.  It will come as no surprise that Pork Bun the alien is no threat but rather a cute new friend—you can even pet it!  Ultimately you choose how to proceed with regard to this potential colonization site, and the fate of Pork Bun.  Viewers receive a cool souvenir video of their experience afterwards.

The VR Arcade plays daily as part of the Tribeca Film Festival.  Visit tribecafilm.com/immersive for more.