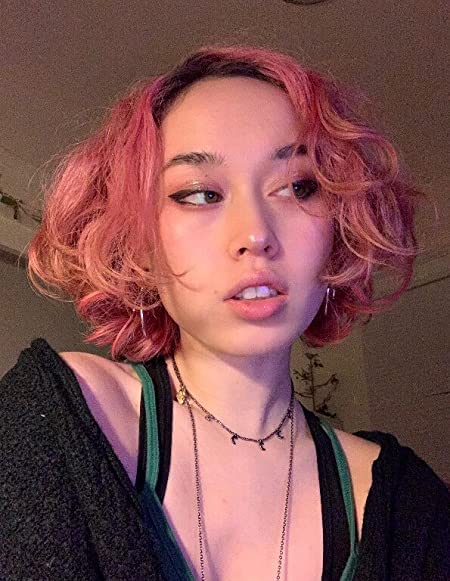 Zoe Hana Mikuta currently attends the University of Washington in Seattle, studying English with a creative writing focus. She grew up in Boulder, Colorado, where she developed a deep love of Muay Thai kickboxing and nurtured a slow and steady infatuation for fictional worlds. When she is not writing, Zoe can be found embroidering runes onto her jean pockets, studying tarot or herbology, or curled up with a cup of caramel coffee and a good, bloody but heartwarming book. She is the author of the Gearbreakers duology (Gearbreakers and Godslayers).

I had the opportunity to interview Zoe, which you can read below.

Thank you for having me! My name is Zoe Hana Mikuta, and I’m a YA author. I’m 22 and finishing up my undergrad English degree at University of Washington. Gearbreakers and Godslayers make up my first series!

What could you tell us about your series, Gearbreakers? What inspired the story and the world you’ve created?

The Gearbreakers duology is about renegade kids taking down 200-foot mechas (worshiped as deities). It has found family, enemies to lovers, and a sapphic romantic subplot between the two main characters—I found both the Asian and LGBTQ representation within the sci-fi genre to be severely lacking growing up. I was definitely inspired by dystopian media, and the entire plot of Gearbreakers stemmed from the bare initial need to write giant mechas. I built all the characters and the world.

How would you describe your writing process? What are some of your favorite/most challenging parts for you?

My writing process involves a lot of self-talk—it really is a practice in focus. Putting my phone in the other room or getting off the internet helps a lot. One of the most challenging parts of drafting for me is embracing the idea of the messy first draft, rather than editing as I go, which I think makes me harsh with myself. But when I get in a good flow, there’s nothing else like it. I’ll look up and three hours have passed.

Shirley Jackson reigns queen in my head, of course. Alberto Mielgo, who directed Love, Death + Robot’s Jibaro and The Witness. Anyone and everyone who worked on Over the Garden Wall.

As an author, when and where do you say you first found your interest in storytelling? And what specifically do you do with speculative fiction, especially mecha?

I think the earliest book I can remember reading that made me go “I want to do something like that” was Because Of Winn Dixie, which I read in the third grade. I was a big Percy Jackson and Spiderwick Chronicles kid, too, just a big reader in general. From very early on I knew that writing was the art I got the biggest kick out of. I think watching Pacific Rim in the theatre was a big turning point for me, too, into the sci-fi and mecha genre. Now I basically flip out whenever there’s giant robots in any of the media I consume.

I have a big interest in religion as a sociological feat (runs in the same vein as the study of literature, in that regard!)—I’m a History of Religion minor, and really big into philosophy even though I absolutely despise it at the same time. I aim to make Kierkegaard roll in his grave. I also dream of having a house with a little front garden.

I mentioned this earlier for myself, but embrace a messy first draft. Make it terrible, and then make it better, but not all at once.

The Malice duology by Heather Walter, She Who Became the Sun by Shelley Parker-Chan, The Scapegracers by H.A. Clarke.