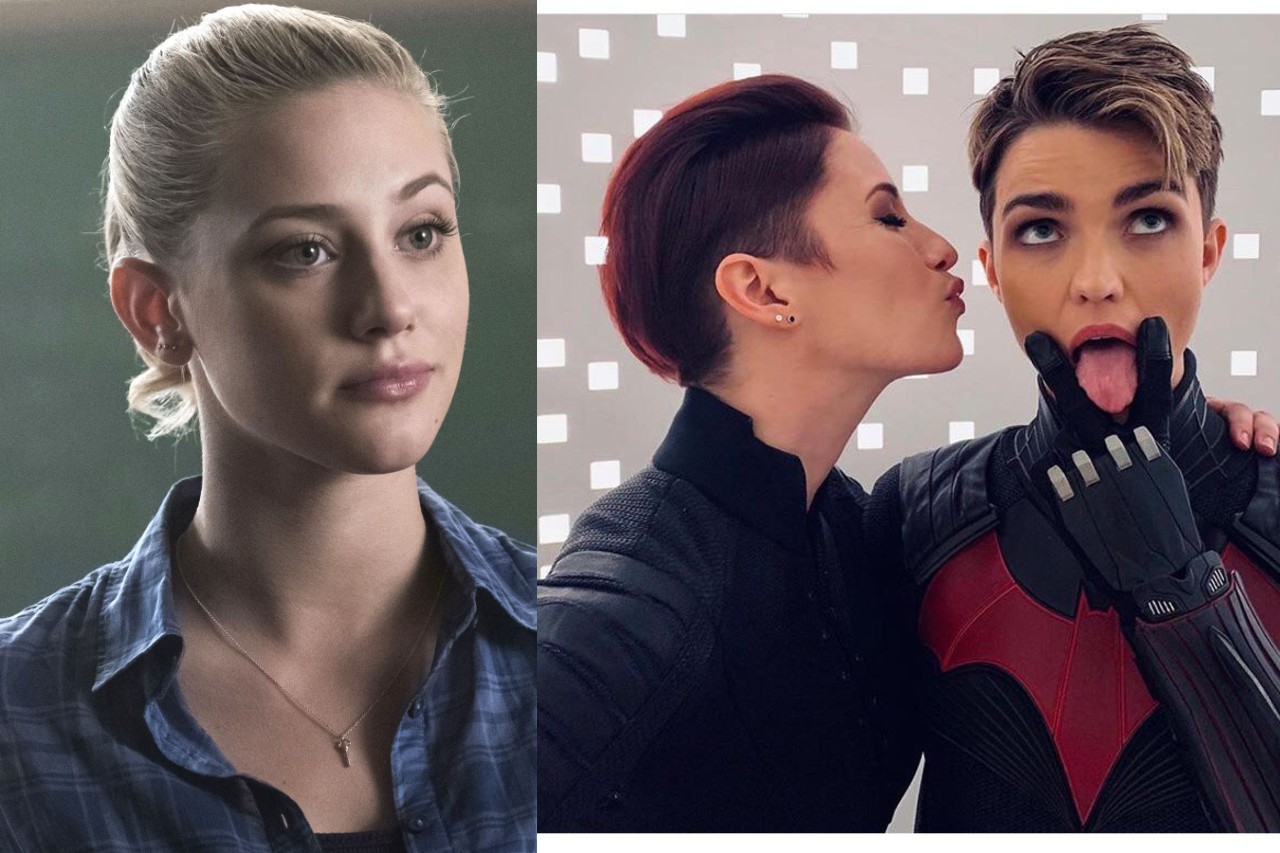 In this week’s super sized episode of the Geeks OUT Podcast, Kevin is joined by Calvin Cato, as they discuss J.K. Rowling’s latest TERF musings and the new Chuck Tingle book inspired by it, and celebrate CW stars Chyler Leigh & Lili Reinhart coming out as our Strong Female Characters of the Week.

Chyler Leigh from Supergirl and Riverdale’s Lili Reinhart come out

• Promised Neverland is being developed by Amazon
• Watchmen & Stranger Things win Peabody Awards
• New trailer for Crossing Swords
• New trailer for season 2 of Doom Patrol
• Batwoman will not use the “Bury Your Gays” trope
• Riverdale EP apologizes after being called out by Vanessa Morgan
• Premiere of Love, Victor moved out of respect for Juneteenth
• MTV Movie & TV Awards postponed
• Revival of Looney Tunes decides no guns for Elmer Fudd

The weird ‘facts’ JK Rowling has shared has turned into a fairly hilarious meme describing all of the ‘new information’ JK Rowling has bestowed about Harry Potter characters as well as other fandoms. It’s inception has come from the Harry Potter author divulging various tidbits on Twitter and it interviews about characters and plot points that really don’t have anything to do with the story. The intention to expand the Harry Potter universe is interesting in of itself, but telling us that a character is actually part of a minority way after the fact is hollow and irritating.Unfortunately, the stuff that JK Rowling comes up somehow outshines the creativity of Twitter with it’s sheer ridiculousness.

The latest revelation that she decided to share was that Dumbledore and Grindelwald had an ‘intense sexual relationship’.

First of all, no one was asking about that, and no one wanted it. Seriously there was never any time during the books or movies where I sat there wondering about any of the characters’ sex life. It’s not important to the story and at this point doesn’t give us any value at all. This revelation is nowhere as strange as the ‘wizards used to shit themselves before muggles invented toilets’ factoid, but the weird faux-representation she is trying to bestow is hurtful, annoying, and frankly pointless.

Full disclosure, I started reading the Harry Potter books when I was 11, rereading them all multiple times. The book series has it flaws, but I still love it with all of my heart. But as the years have passed the more and more JKR has tried to shove weird ‘inclusive’ things into the series, it’s taking away any joy I used to feel about these books.

People were obviously disappointed that a gay character (which wasn’t revealed in the books at all) would be in a movie with his love interested and there would absolutely zero queer context. It feels like someone dangling representation in front of faces only chastised when we want concrete examples of queer characters in the Harry Potter universe. It seems like she’s trying to be inclusive in ways that are safe to her and the franchising bottom line. JK Rowling and Harry Potter wouldn’t suffer greatly if there was actual canonical representation in Fantastic Beasts, but it probably would have hurt if she explicitly stated Dumbledore’s sexual orientation in the books.

This does NOT mean, however, talking about how two male characters used to bone a lot. It still leaves the representation at zero and overly sexualizes characters that are in books made for children and young adults. I’m not saying there shouldn’t be any of that in kids books, but it’s not what we’re asking for and it feels extremely strange to be given that over a decade since the last book was released. Saying Dumbledore and Grindelwald have sex is supposed to make me feel better about there being no out queer characters canonically? What does this solve exactly? Am I supposed to be satiated by this?

It would have been brave of her to include an openly gay character in a popular book series that debuted in 1997. But now it all just feels like I’m reading really bad fanfiction. I’ve read better fanfiction that includes more tasteful and concrete representation. Now I’m left questioning why no one in her circle is telling her to stop tweeting these empty platitudes. I’m wondering why her or anyone else feels like this is a solution to the lack of diverse representation in the books and the movies.

I’m not going to lie, the JK Rowling memes have been more creative than and interesting than Rowling’s revelations. But I would trade them all for actually queer representation in the Harry Potter universe. Queer wizards want to be seen too.