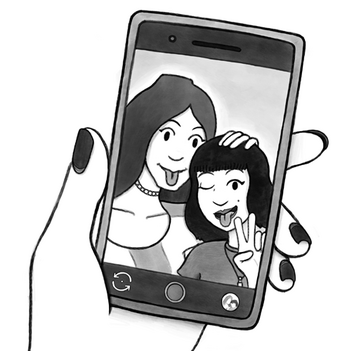 Trans Girls Hit the Town is a potent and amusing comic about an evening between a transitioned transgender woman, Winnie, and a more recently transitioned woman, Chloe. The sensitive portrayal of how the introspective Chloe navigates her evening is thoughtful. The story shows her anxiety, in a distinct character-driven manner, with frustration regarding how she deals with being in public spaces: a train, a restaurant, a bar, the street. She never knows if the next person she meets will be polite, or think she is an abomination. She encounters about equal parts of both.

Personal anecdote time. The narrative reminds me of a similar experience I had the night Sasha Velour won Drag Race. I attended a gay bar, saw her win, and then needed to go to a straight social space for a birthday party. I was bedecked in a glittery necklace, about a dozen rainbow bracelets, and a black shirt with “Sashay Away” in pink glitter on it. I was high on Sasha’s triumph, I didn’t even think about what I was doing, and where I was going. Feeling completely out of place like a big gay thumb, I was surprised to find the one out queer-identified person in the party approach me to say he liked my look. Trans Girls Hit the Town is a smart risograph comic that will resonate with every queer individual who has entered a heterocentric bar, and is relieved to be joined by someone with a shared experience.

There is a moment where our two protagonists enter a similar large space, as one says, where “there is no place to hide.” In this work, Emma Jayne finds a place of comfort for her main character in a one-person bathroom. But, the evening starts with her on public transit feeling aware of her gender dysphora, and being stared down by a stranger. Or, perhaps that’s just her perception of the circumstance. She does not feel comfortable in herself, much less cute. The discomfort is present from the start, but intensifies when the two go to this bar together. The perspective is from Chloe the whole time, wearing a crystal necklace around her neck and a modest dress, she wants so badly to pass. She is impressed by Winnie’s confidence. All she wants is to derive a little part of that. The fear of being identified as trans, or “clocked,” is prevalent throughout. It’s a sincere recounting of a young woman feeling herself through an uncomfortable social situation, though she wants so badly to succeed. We are put firmly in her shoes.

Upsettingly, she takes her frustration on Winnie. Just trying to take her friend for a safe night out, she awakes unexpected anger from Chloe, which is recovered. This comic is relatable for anyone experiencing social anxiety. More specifically, it speaks to suffering the gender dysphora that is experienced through being newly transitioned.

All that having been said there are humorous highlights. There is an ongoing thread connecting their conversations to the X-Men. Winnie compares strength to that of Wolverine’s, and the ladies play the arcade game “Z-Peeps,” having a dispute over who gets to pay Dazzler. The best gag happens when they leave the restaurant where they start their night. As they prepare to pay the bill, the man at the register says, “Anything else I get for you tonight, gentlemen?” with a look of scorn. The total comes to $22.05. They leave a tip of -$22.05, and sign the bill “fuck you <3.” It’s also refreshing to have to look up terms I am unfamiliar with. I can say this is likely to be the only comic to motivate you to look up “muffing” and “Rose of Versailles mace.” I’ll leave it to you to look them up, but I love that they name the mascot of trans sex “Mark Muffalo.”

Please buy Emma Jayne’s comic in hard copy here. You can also find it in a name-your-own-price digital edition here. 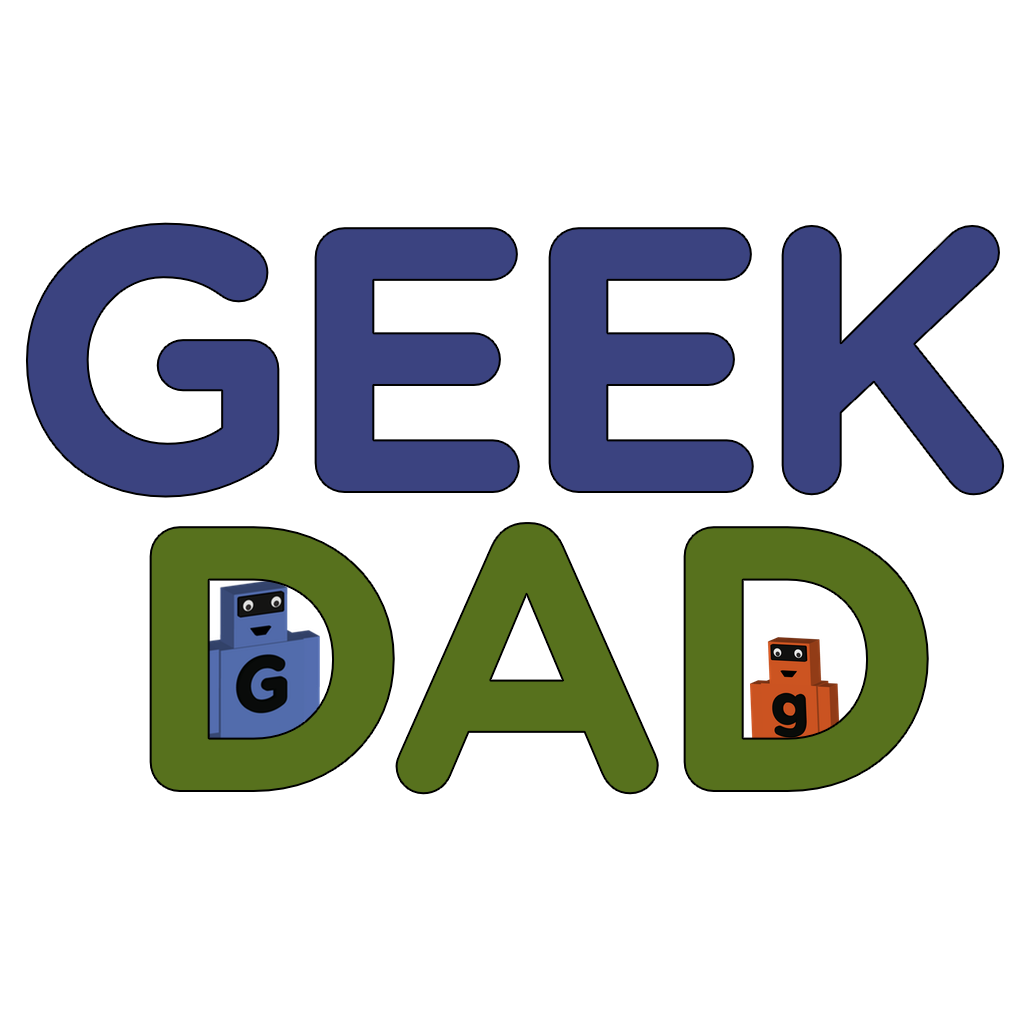 Earlier this month, GeekDad attended Flame Con, a queer comic convention held in New York City. While they were there, they spoke with the Convention Chair, Steve Gianaca, about Flame Con’s history and its mission to serve queer fans. [GeekDad] 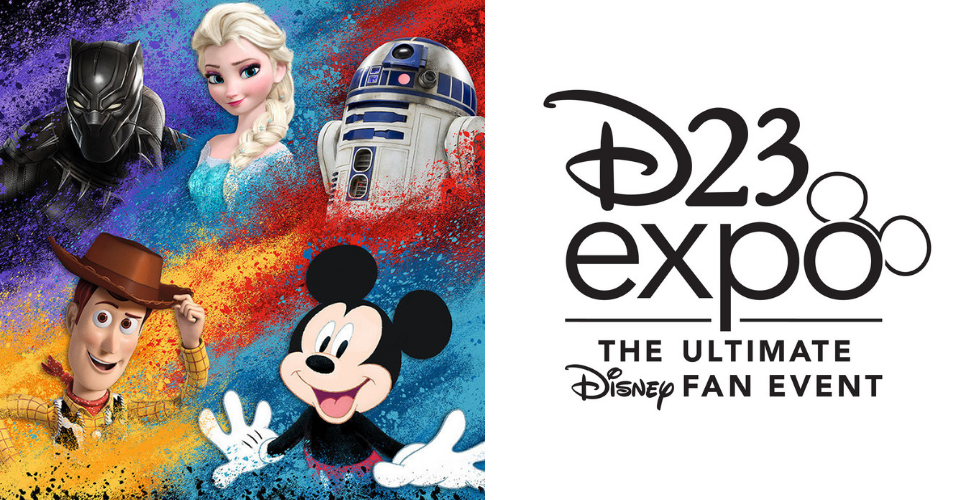 In this week’s super-sized episode of the Geeks OUT Podcast, Kevin is joined by Anthony Hargraves, as they discuss some of their favorite moments from Flame Con, review the announcements from D23 Expo (Ms. Marvel, She-Hulk, etc…) & celebrate Disney Channel’s new Moon Girl & Devil Dinosaur as our Strong Female Character of the Week.

• New trailer for Underwater
• New trailer for Antlers
• Matrix 4 in the works with Lana Wachowski and more returning
• Sony & Disney in conflict over Spider-Man’s future
• Black Panther 2 gets a 2022 release date
• More cast revealed for The Eternals
• First look at Cruella
• New poster for Star Wars: The Rise of Skywalker 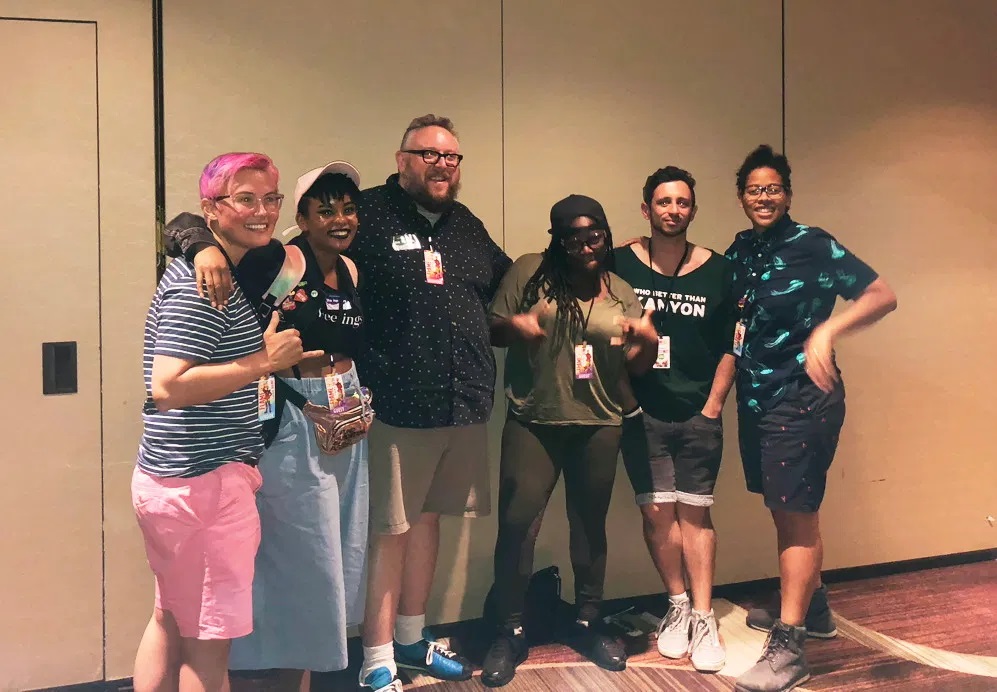 Here’s all the tea from the world’s largest queer comic book convention. [NewNowNext]

A great run down of Flame Con 2019 by Andrea Ateliers an independent Videographer, Photographer, Vlogger, and Blogger [AndreaAteliers.com] 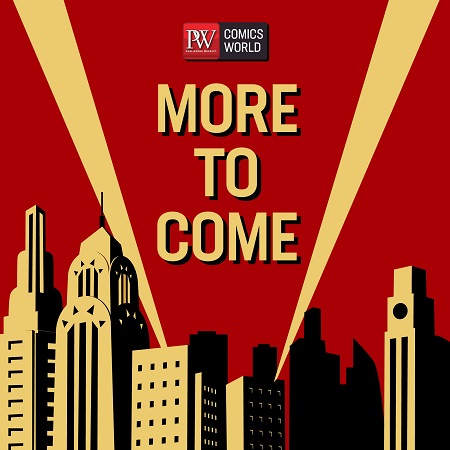