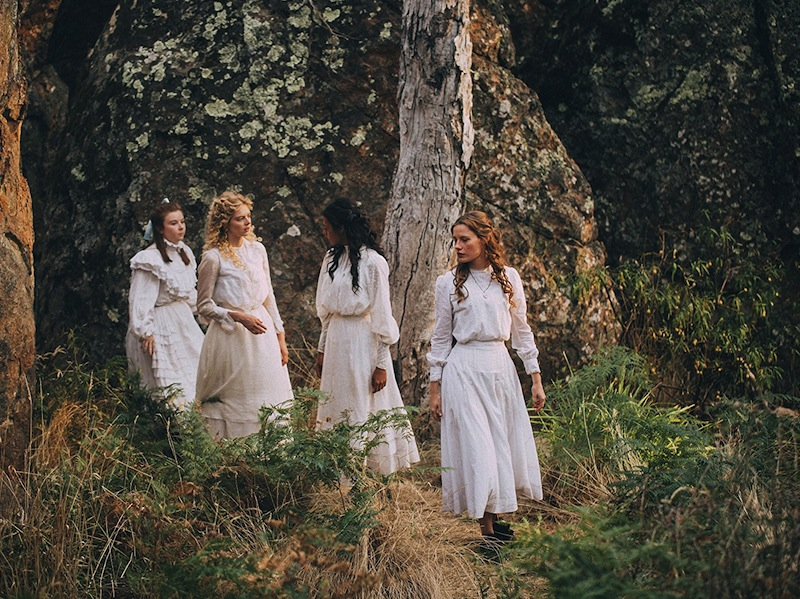 This twisty mystery could be your next obsession. Amazon’s miniseries Picnic at Hanging Rock is an adaptation of the Joan Lindsay novel (previously adapted into what has become a cult film directed by Peter Weir) about the mysterious disappearance of a group of girls at an Australian finishing school circa Valentine’s Day 1900. Based on the premiere episode screened at the Tribeca Film Festival, the series will be way more complex than even that tantalizing description suggests.

Fan fave Natalie Dormer (Game of Thrones) stars as Mrs. Appleyard, the enigmatic (to say the least) headmistress of the boarding school, who rules with an iron fist. From the very first scene, in which she poses as a widow scouting a potential home for the school (actually played by multiple houses, all ornate and gorgeous) and “converses” with her dead husband, we know there’s much more to her than meets the eye. The same can be said for the students, including rising star Samara Weaving (The Babysitter, Mayhem) as Irma, the girl all the boys want, and Inez Curro as pretween Sara, who’s wound up at the school following some mysterious trauma at home. By the time the girls embark on the all-important Valentine’s Day picnic, there’s enough intrigue for a season’s worth of soap opera afoot. Irma and her clique excuse themselves for a mountaintop excursion, which they’ve obviously planned ahead of time—but why? Just how close are these girls, anyway? The shit suddenly hits the fan, seemingly due to some supernatural force, and the hour ends on a cliffhanger.

Picnic at Hanging Rock is one of the weirdest things I’ve seen in a long time– and it’s glorious. Garry Phillips’s cinematography is exquisite; the costumes are colorful and eye-popping; the mostly female cast is superb across the board. Dormer in particular is in fine form, clearly relishing this enigmatic role. At the festival panel, she joked that she was dead set against “another corset job” but was persuaded by a chat with the director, and watching her sink her teeth into this part, it’s easy to see why! The eerie, hallucinatory effect of the program is enhanced by unnerving sound design and a great score by Cezary Skubiszewski. I am very much looking forward to bingeing this series, and based on the pilot, it could definitely catch on with a cult audience.