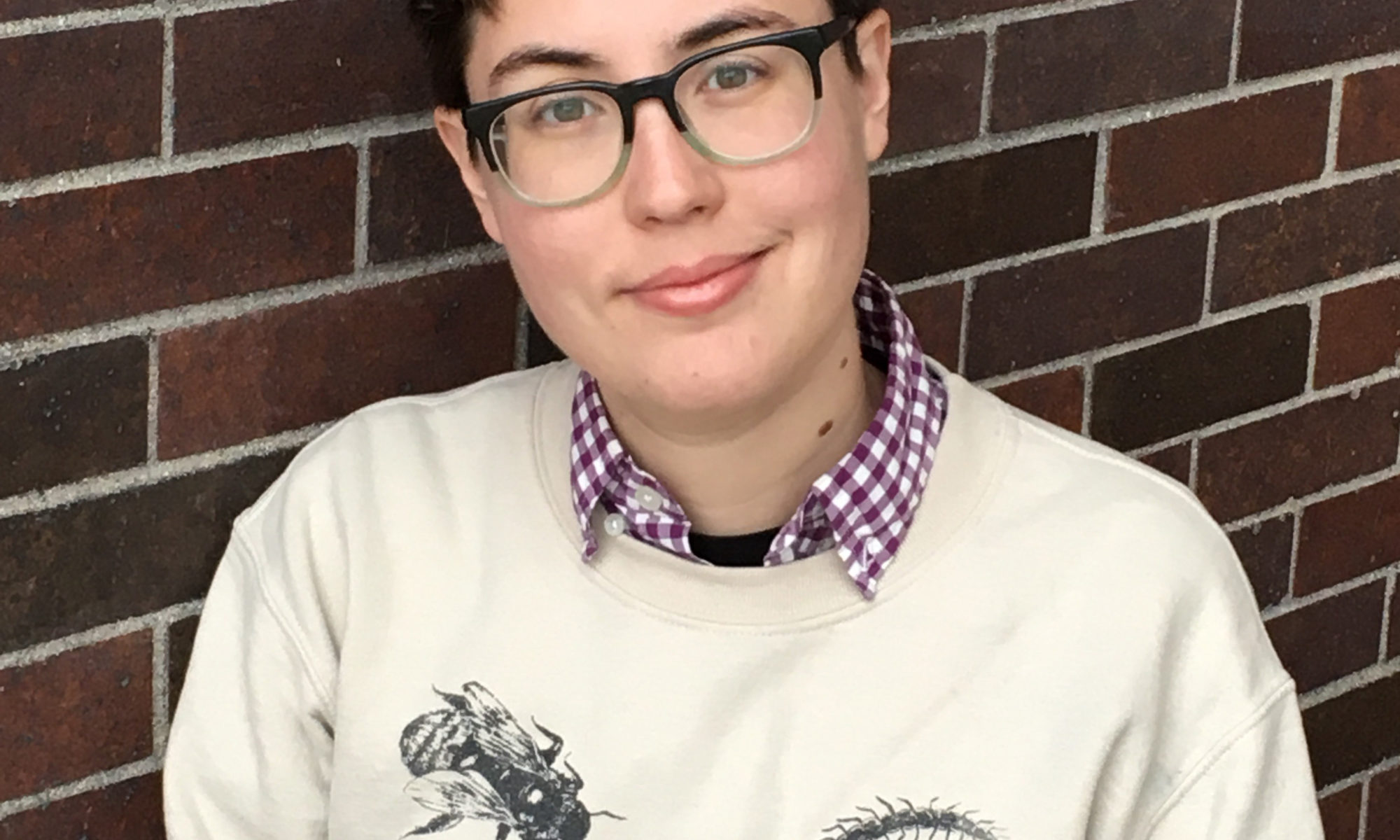 Blue Delliquanti is a comic artist and writer based in Minneapolis. They are the creator of the science fiction comic O Human Star, which ran online from 2012 to 2020 at ohumanstar.com. Blue is also the co-creator of the graphic novel Meal (with Soleil Ho), and their next book Across a Field of Starlight will be published by Random House Graphic in 2022. I got the chance to talk with Blue, which you can read below.

How would you describe the premise of O Human Star to first time readers?

O Human Star is about an inventor named Alastair Sterling who wakes up one morning to discover that he is in a robot body and sixteen years have passed since his untimely death. When he seeks out his former business partner (and lover) for answers, Al has to confront the consequences of a lot of painful memories between them – and he must face a world whose technology had advanced significantly due to innovations he made in life, and is therefore fixated on his legacy and identity.

What were some of the first comics/book/stories that inspired or influenced you as an artist?

I read comics omnivorously as a middle schooler in the early 00s, so that ranged from superhero comics, manga, webcomics, even Jhonen Vasquez’s alt comics. In terms of stuff whose influence you can trace to O Human Star, I think Mike Mignola’s Hellboy was an early case of a comic whose protagonist I found incredibly appealing. Hiromu Arakawa’s Fullmetal Alchemist was also a huge early influence on my art and the kind of stories I like to tell. But EK Weaver’s The Less Than Epic Adventures of TJ and Amal was a roadmap for me – as a webcomic, a queer comic, and a comic about love.

Where did the inspiration for this story come from? What references from real-life or fiction have inspired you since its inception?

I like to tell this story because I can still hardly believe it happened, but the basic premise came to me almost fully formed in a dream. I wrote it down in a journal at the time, but the implied characters and conflict intrigued me, and I kept sketching them out until I had an outline for something much bigger. I researched the science behind the story’s technology, but I was really interested in evoking the melancholy tone from “softer” sci fi with similar themes that I love – like Stanisław Lem’s Solaris or Naoki Urasawa’s Pluto.

At previous conventions, including the 2018 panel hosted by Flame Con, Robots and Ro-Butts: How We Learned to Love Robots, you touched upon the connection between robots and LGBTQ+ narratives? Could you expand on this?

Absolutely. Queer audiences are attracted to stories about characters who are “othered” all the time, and that definitely extends to science fiction about aliens, monsters and robots. Robot narratives are often about transformation and augmentation – improving ourselves in ways that are often seen as strange by other people.

But I also believe, as we spend a significant amount of our lives developing our identity online, that we often find artifacts of our earlier selves that look very different from how we are now. Accepting that continuum as part of our identity is a universally human experience, but it’s especially impactful as a queer person.

Lucille Villas Santos, who in my opinion one of the best characters of O Human Star, is an accomplished prosthetist as well as a congenital amputee. What kind of research did you do in creating this character, and incorporating disability into sci-fi?

I think of all the technological fields that have advanced in the time I worked on OHS, prosthetics might have changed the most! Much of it comes down to the fact that prosthetic limbs were intricate and important to fine-tune for the user, and therefore very expensive – but technology like 3D printing have made it easier to fabricate and customize parts as needed, especially for children. There’s also been a cultural shift in how users discuss their prostheses and their identity – people will often choose limbs that are vibrant colors or interesting designs instead of one that is the closest to their skin tone and limb shape as they can get. Prostheses can be fashion statements or art pieces. Acceptance of disability can mean an opportunity for augmentation, and that idea informed Lucille’s motivations as a scientist and a person.

Body modification and transformation are strong themes within this story, both in terms of queer/trans narratives and technology. Was that exploration of dissonance/unification between appearance and self always present within the story?

Yes, although I expanded upon it much more as the story developed organically over the years. Al’s struggles with identity and legacy were always at the core of the story, but Lucille’s role developed over time as I realize just what a valuable foil she was in terms of perspective on this subject. Personal transformation – especially of the queer varieties – is tinged with this fear of loss. If you radically change yourself, will you lose your family or community? Your identity you spent years, if not decades, building? The specter of loss is at the center of Al and Brendan’s relationship. At one point in the story, meanwhile, Lucille says, “I can’t lose what I never had,” and I think that reflects a radical shift in how you perceive yourself and how you allow others to perceive you, no matter how you change.

What are some of your favorite elements of comics/graphic novel medium? What craft elements/techniques stand out to you the most?

Pacing. A comic artist has control over the way readers perceive the passage of time in a comic in a way that is really exciting to recognize when an artist does it well. I love experimenting with ways to make a quiet moment seem to stretch for ages, or to make a fight scene seem fast-paced and exciting. I also really enjoy stories that are wordless or dialogue-free, but still communicate loads of information.

What’s a question no one has asked you yet or that you wish was asked?

I always like sharing a weird or interesting fact like I learned while researching something for a comic – maybe it wasn’t useful for the purposes of the comic, but I’m never going to forget it. Once I had to look up what was the safest way to fall into water from a great height, and that’s how I learned that clenching your butt was essential unless you want rushing water to destroy all of your internal organs. Unrelatedly, I also have a new worst fear!

What advice would you give to those who may want to create their own stories or are already in the process?

Make sure you’re making time for hobbies that aren’t art or writing related! Over the last couple years I got into urban foraging and playing mahjong, and they make for immensely satisfying breaks from my daily comics routine. The perspectives you gain from those pastimes or those communities can also keep you from being in the same bubble in terms of creative problem solving.

I’m currently finishing a YA graphic novel for Random House Graphic called Across a Field of Starlight that’s also very sci fi and queer. Keep an eye out for it in 2022!

Two queer prose books I’ve read recently that I really liked were The Breath of the Sun by Isaac R. Fellman and Small Beauty by Jia Qing Wilson-Yang. Displacement by Kiku Hughes is an absolutely gorgeous graphic novel that came out last year. I’ve also adored Pseudonym Jones’ online comics – she’s got an incredible aesthetic and sense of humor and I look forward to every update in her characters’ lives.