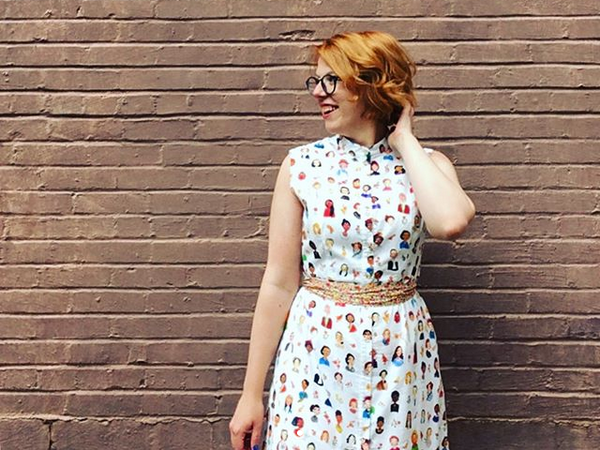 Mackenzi Lee uses her BA in history and her MFA in writing in increasingly engaging ways: after writing This Monstrous Thing, her Gothic fantasy retelling of Frankenstein, and her New York Times bestseller The Gentleman’s Guide to Vice and Virtue, she published Bygone Badass Broads: 52 Forgotten Women Who Changed the World, a gorgeously illustrated collection of short biographies of little-known women from history, based on a series she started on Twitter. Her forthcoming novels include the sequel to The Gentleman Guide to Vice and Virtue, The Lady’s Guide to Petticoats and Piracy, Semper Augustus (coming in 2019 from Flatiron/Macmillan), and an untitled novel about Loki being queer (date TBD from Marvel). So naturally, we wanted to learn more about her!

Before you became a full-time author, you earned a BA in history and worked as an amateur historian. How did you transition from your academic pursuits to writing fiction?

Very easily because my writing was so not suited for academia! I had a professor who told me that my papers read like novels—which was not okay as a history student, but maybe I should consider writing historical fiction. So I was already writing that way. But when I started writing fiction, I also got to make things up! The biggest difficulty with the transition was feeling like I was giving up on my career as a historian. I had been working for so long on that degree and walking away from it felt like a huge gamble. Betting on yourself is hard and scary!

Were there any writers in particular who inspired you to make this transition?

I loved Shannon Hale’s books when I was a kid, and rereading her books as an adult was what really inspired me to pursue writing.

How much does your passion for history—and research—inform your writing?

Most of my books start with a historical phenomenon or weird fact or person that I become obsessed with. With This Monstrous Thing, it was Mary Shelley. With Gent’s Guide, it was the Grand Tour. For me, it always starts with history.

History (at least Western history) is dominated by straight, able-bodied, cisgender, white, male narratives? How do you challenge this or subvert it in your work?

I believe that everywhere in history that we are told white men are doing things, there were also women, minorities, queer people, disabled people, etc. doing the exact same thing… We just don’t talk about those stories. But they’re out there! You have to look for them, but they’re there! I try and subvert this narrative in the best way I can—by putting these characters in my books and giving them plot lines and identities that extend beyond their marginalization.

Can you tell us about your upcoming project with Marvel about Loki, a character whose canon pansexuality and gender fluidity has thus far been conspicuously underrepresented?

I actually can’t. I’m not allowed to say anything about the book right now! Sorry! But soon…

Are there any other works in progress that we can look forward to?

I have a book coming out at some point in the future called Semper Augustus, which is set in Holland in the 1600s. I also have two more books with Marvel about other anti-heroes. Stay tuned!

Recently there has been news from Variety, that Greg Berlanti, a very successful and openly queer film and television producer optioned your book as a potential project. How do you feel about The Gentleman’s Guide to Vice and Virtue possibly being adapted into a queer historical television narrative?

It’s absolutely wild to me. There are still a lot of hoops to jump through before the show actually arrives on screen, but as someone who has long been frustrated by BBC period dramas with queer characters relegated to tragic subplots, it’s amazing to be part of this incredible movement forward toward more representation.