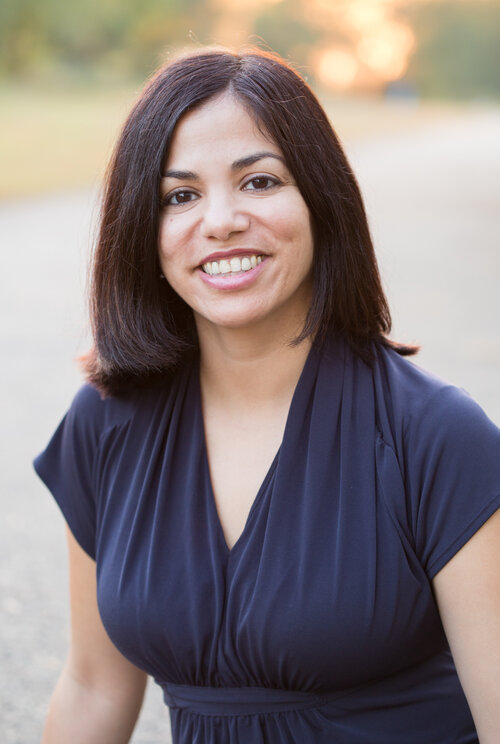 Daisy Hernández is the author of The Kissing Bug: A True Story of an Insect, a Family and a Nation’s Neglect of a Deadly Disease. She is also the author of the award-winning memoir A Cup of Water Under My Bed and coeditor of Colonize This! Young Women of Color on Today’s Feminism. The former editor of ColorLines magazine, she has reported for National Geographic, The Atlantic, The New York Times, and Slate, and she has written for NPR’s All Things Considered and CodeSwitch.

Her essays and fiction have appeared in Aster(ix), Bellingham Review, Brevity, Dogwood, Fourth Genre, Gulf Coast, Iowa Review, Juked, and Rumpus among other journals. A contributing editor for the Buddhist magazine Tricycle, Daisy is an Associate Professor in the Creative Writing Program at Miami University in Ohio.

I had the opportunity to interview Daisy, which you can read below.

Sure! I am a queer Latinx author from Jersey. I’ve been writing and editing work about the intersections of race, immigration, class, and sexuality for almost two decades. My first book was the anthology COLONIZE THIS! YOUNG OF COLOR ON TODAY’S FEMINISM. I’ve also written a memoir and my new book, THE KISSING BUG, is about science, medicine and public health. I live in Ohio where I’ve just adopted my first (and probably only) puppy named Lula!

Could you explain to the readers of Geeks OUT where the unique title of your books come from?

Some people are born with a talent for writing titles, and then there’s the rest of us. In my case, titles “find” me. So, COLONIZE THIS! is actually the title of an essay in the anthology by the incredible Cristina Tzintzún Ramirez. A CUP OF WATER UNDER MY BED is the title of my memoir and refers figuratively to the resources that my immigrant mother and her sisters had while raising me in the United States. My new book’s title is THE KISSING BUG, which is an insect, only found in Latin America and the US, that can transmit a deadly disease that disproportionately affects Latinx people.

In the book, you navigate through your writing the complexities of your intersectional identity, from your Cuban and Colombian roots to your queer identity. Has that ever felt like transcribing a spiderweb, in which each tread can’t be untangled from the other?

What a beautiful image! Even though I wrote a book titled THE KISSING BUG I am not a fan of the insect world so I don’t usually reach for analogies like this but you are so right and I’ll keep going with this — if you touch one part of the spiderweb, one part of your identity, you feel the vibrations elsewhere on the spiderweb, for all other aspects of your identity. So a situation that touches on issues of ethnicity also brings up emotions in terms of gender and sexuality and class.

While reading your book, one of the quotes that most stood out to me was the one where you describe your bisexuality, “As if I am learning that I can shift my weight from one leg to the other, that I have a second leg. Kissing women is like discovering a new limb.” Could you expand on this?

At the time I felt that I had representations of lesbian identity, narratives about lesbian identity and life, but I didn’t have narratives or language about bisexuality. Movies or TV shows often just represented us in love triangles. So I wanted new language and started thinking about what bisexuality felt like in my body and that image came to me — probably it came to me because when I was fifteen I was in a terrible car accident and ended up breaking my left leg in a bad way. I was hospitalized for weeks, had to get a blood transfusion. It was bad. Then I was on a walker, then crutches. Healing took months which for a teenager is years. But I remember slowly being able to bear weight on my left leg, and it was felt like a new limb to me, like I had never thought about my leg until that moment and how wondrous it was. And I guess I think of bisexuality and pansexuality like that: wondrous.

One of the most prominent parts of the book was you exploring your family’s belief systems, including Santería, including the reconciliation between the hidden and the open. Would you mind discussing that a little here and the relevance of your decision to include that?

I often find myself obsessed in my writing with what is hidden, forgotten, or silenced. People tend to hide what is tender, vulnerable, wounded and also powerful….I knew that I had to write about the Ocha religion because after I left home the religion became more important to me as a way to stay connected particularly with my father. And in the memoir I realized that showing readers my father in a spiritual context would help somewhat in having empathy for him despite the alcoholism and abuse.

In an interview you’ve done with Ms. Magazine, you had mentioned this really cool thing about how writing empowers you, saying “people can ignore me for whatever reasons—’cause I’m Latina, ’cause they have ideas bout me—but when I’m on the page, no one ignores the page.” What do you think about the written word and why it holds so much power?

I love that you found this quote! I don’t remember saying it but it sounds like me. We are a culture that values the document. When I say “we” I mean the Western world, the United States. We value ink and paper. So on one hand, the written word has power because of historical and collective decisions, and on the other hand, I also think the page has power because whether that’s a page in a book or a page on Instagram it can be shared and so the written word can move so far beyond the community in the context where is written. And I think many of us have had the feeling when you read a page and you think: this is me, this is my life. There’s a thrill unlike any other in that connection.

One section of the book that I’m sure many people appreciated was your internal conversation on language, on speaking both Spanish and English, and how we demonstrate different parts of ourselves depending on the tongue we use. In addition to race and class, do you believe language has any effect in how we conceive our own queer identities?

Absolutely! When the book was translated to Spanish, I had a passionate email exchange with the translator about the word “butch”. I was trying to explain to him that the word is understood in a Spanish-language context here in the US, and I didn’t want to use the word marimacho in Spanish because I grew up hearing people say that as an insult for butch women. So I wanted to keep butch even in Spanish. In the queer spaces where I came of age, if you said “Ella es butch,” people immediately understood you — and femmes understood the desire that word invoked.

I don’t think that I’ve ever been asked what books I read as a child. It’s not a question that I necessarily wish I had been asked but I do find it interesting that it doesn’t come up. I might be thinking about this because I was supposed to do a podcast about young adult literature. The answer: I read a lot of Sweet Valley Twins in elementary school and I read a lot of Harlequin romance novels. In other words: all fantasy and now I write nonfiction.

What advice might you have to give to other aspiring writers, especially those seeking to go into the field of non-fiction literature and journalism?

You don’t need talent. You don’t need to come from a literary family. You don’t even need to have read the literary canon as a child. You just have to want it, and you have to be clear about what you want to say. That’s it. Wanting to write and that sense of purpose will keep you going through rejections and anything else that comes up, and it will also ensure that you find a community of support.

I am working on my first collection of essays. At least I think I am! I always like to let a book project change over time.

I love all of Carolina DeRobertis’s novels, and CANTORAS is the one that I would recommend as a must read for anyone queer on the planet. All of Rigoberto Gonzalez’s books too, and I’m partial to his memoir Butterfly Boy and his book Autobiography of My Hungers. I often teach We the Animals by Justin Torres. And, of course, every book by Cherríe Moraga and Gloria Anzaldúa.