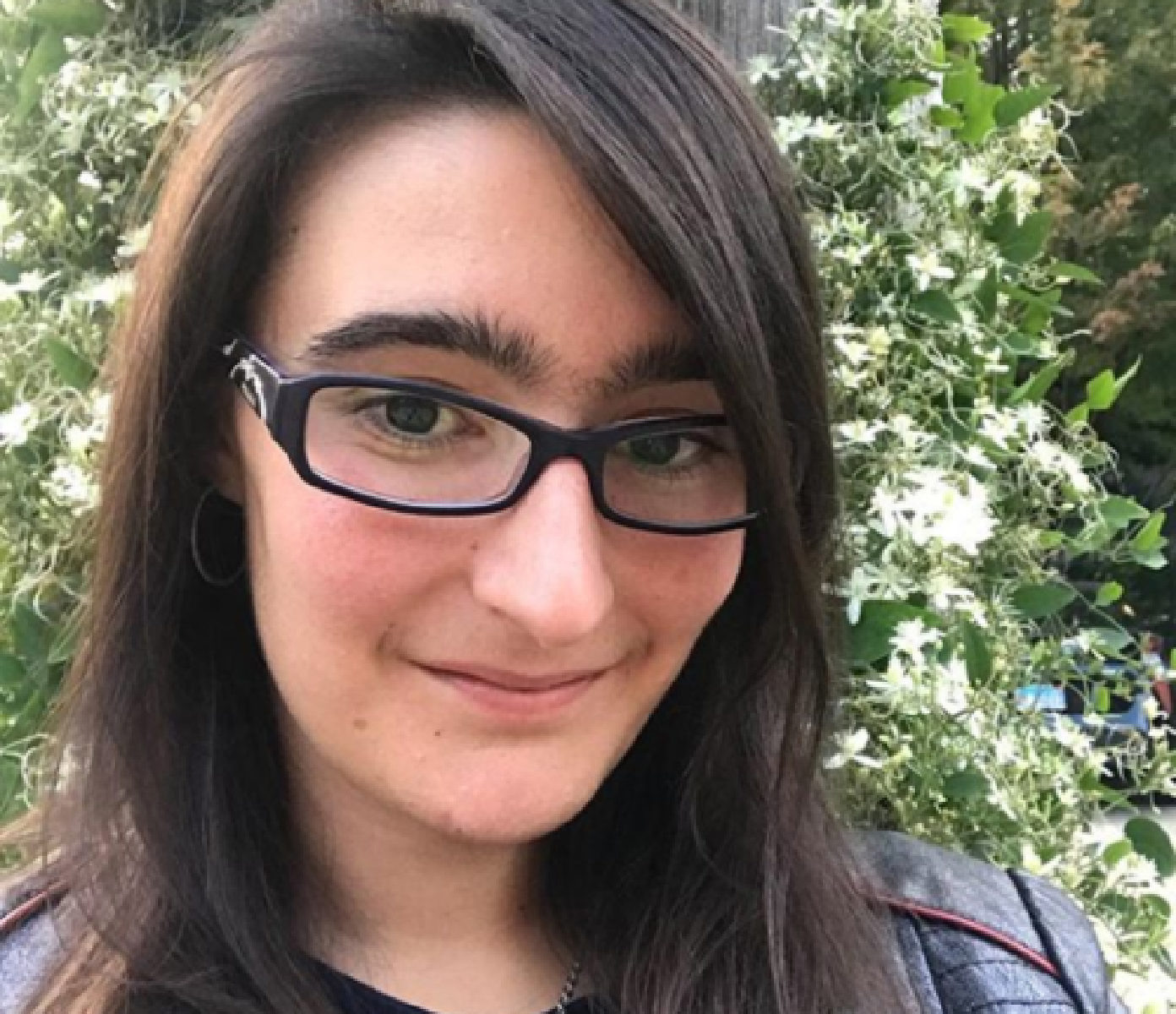 Suzanne Walker is a Chicago-based writer and editor. She is co-creator of the Hugo-nominated graphic novel Mooncakes (2019, Lion Forge/Oni Press). Her short fiction has been published in Clarkesworld and Uncanny Magazine, and she has published nonfiction articles with Uncanny Magazine, StarTrek.com, Women Write About Comics, and the anthology Barriers and Belonging: Personal Narratives of Disability. She has spoken at numerous conventions on a variety of topics ranging from disability representation in sci-fi/fantasy to comics collaboration. You can find her posting pictures of her cat and chronicling her longsword adventures on Twitter @suzusaur. I had the opportunity to interview Suzanne, which you can read below.

Sure! I’m a writer and editor based out of Chicago, IL, which means that I have very strong opinions about hot dogs. I’ve written a wide variety of fiction—short stories, graphic novels, prose novels—and love storytelling in all forms. In my spare time I take medieval longsword classes, hang out with my partner and cat, and I recently started taking aerial circus classes as well, because why not.

Your debut graphic novel, Mooncakes, was based on a webcomic made between you and your creative partner, Wendy Xu. How did you two come to work together and what was that process like working on the comic, from its initial start in one medium (indie comics/webcomics) to another (traditional publishing)?

Wendy and I were friends for years before we started working together—our first “collaboration” came when she drew fanart for a fanfiction story I wrote, and from there we started working on short comic ideas together. Mooncakes was originally a pitch for a 10-page comic in an indie anthology, but when we got rejected from that we decided to launch our own webcomic. And I’m so glad we did! From there we posted the first few chapters online before we were solicited by some traditional publishing houses, and the rest, as they say, is history.

Where did the inspiration for Mooncakes come from?

The inspiration for Mooncakes came from a variety of different outlets—we were both influenced by various witchy/fantasy stories when we were younger, including the Halloweentown movies, Practical Magic, Studio Ghibli films, and of course Harry Potter (although most of my desire there was to counter parts of Harry Potter that I found frustrating, hah). Wendy always wanted to tell the story of long-lost childhood friends reuniting, so from that basic concept we built out the rest of the story/characters.

One of the main characters of Mooncakes, Nova Huang, is portrayed as hard-of-hearing, something that’s based partially on your own experiences. Could you discuss the thoughts that might have gone through your mind writing this into the comic?

Mostly I wanted to create the representation that I’d not yet seen in fiction. Hard-of-hearing/deaf representation in media (comics, prose, or film) is scarce, and of those available, only Matt Fraction’s Hawkeye really resonated with me. In giving Nova a hearing loss, I wanted to show how a character works around different abilities and accommodations but still not have it define them.

Before I started working on the script, Wendy and I sat down together and had a whole series of conversations around the big concepts and characters. From there I got to work outlining the plot (both the main arc and the finer details) and wrote out the first draft of the script. Wendy and our editor at Oni both gave me notes on the draft, and from there I created the final version that Wendy began drawing. As a writer, it’s important be very visually and spatially aware, while keeping in mind what’s possible to translate onto the page, so often I would check in with Wendy to see if she thought something would work or if I needed to find another way to write it. It’s a collaboration the whole way through!

What are some of your favorite things about making comics?

The collaboration is a big one!! I truly feel that two minds are better than one—it gives you a chance to bounce ideas off of each other and build them in a way that you can’t when you’re on our own. I love writing dialogue and conversations between characters, and that’s obviously a huge focus of comics writing.

What advice would you have for those who want to write and create comics?

Practice!! Practice writing scripts on your own and then thumbnailing/drawing them out (you do not have to be a good artist, trust me). It gives you a sense of spatial awareness—what works in a set series of panels and what doesn’t. And really communicate with your artist—the best writer-artist duos are ones who really know each other and have a feel for each other’s vision.

“What are your favorite things to write”? I already sort of answered this (dialogue), but I also really love writing action sequences—it always feels like a puzzle to be reverse engineered, and then you have to add emotions on top of them. And I also love writing big party scenes, which you can see in Mooncakes. The mid-autumn festival was super enjoyable to work on.

I’m working on two different prose novels right now—one is about mariners and sea monsters while the other is set in a desert empire where everyone rides raptors instead of horses.

Finally, what LGBTQ+ materials would you recommend to the readers of Geeks OUT?

GENDER QUEER by Maia Kobabe; THE MERMAID, THE WITCH, AND THE SEA by Maggie Tokuda-Hall; THE UNBROKEN by C.L. Clark, THE BLACK TIDES OF HEAVEN/THE RED THREADS OF FORTUNE by Neon Yang. Just off the top of my head!