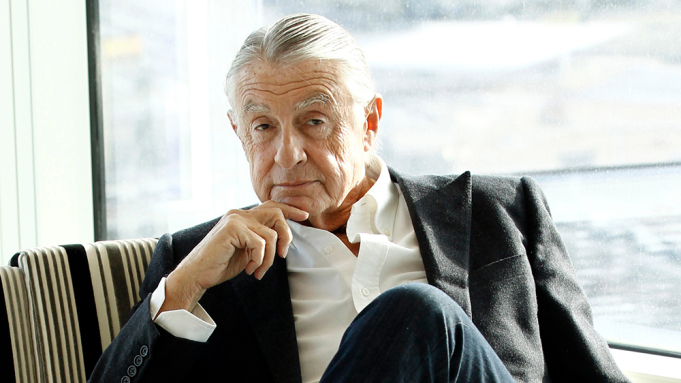 This week we lost gay filmmaker Joel Schumacher at age 80.  Although openly gay from the beginning of his career—he started out as a costume designer before making the leap to film directing with 1981’s quirky The Incredible Shrinking Woman—he wasn’t known as a “gay filmmaker” but rather a successful A-list, mainstream director with an impressively wide range.  He directed everything from drama (the 1985 “Brat Pack” hit St. Elmo’s Fire) to horror (cult classic vampire flick The Lost Boys) to a big budget musical (The Phantom of the Opera).  But for me, and many movie fans, he’ll forever be known as the guy who directed Batman Forever (1995) and Batman & Robin (1997), two of the most polarizing superhero movies in cinema history.

I did a piece on Batman Forever five years back, reflecting on how it’s underrated and was likely a victim of homophobia; it was, however, a huge box office hit, scoring 184 million in the US.  In recent years, fans of both this movie and Batman & Robin have become increasingly vocal and have sought to change the narrative surrounding them while frequently shouting out their subversive queer sensibility.  I myself came around from ranking on B & R to enjoying its loopy charms.

In hindsight, it seems remarkable that Schumacher was able to make mainstream, high profile movies as blatantly campy and queer as these two Batman films.  Ostensibly sequels to Tim Burton’s visionary Batman and Batman Returns, Schumacher’s installments amount to a reboot before that term became trendy.  He jettisoned the relentlessly grim tone that had marked the previous films and leaned more in the direction of the campy 60s Batman.  He finally added Robin (Chris O’Donnell, the hunk who launched a thousand gay awakenings) and played his villains as larger than life nuts, rather than the tortured souls who faced off with the Dark Knight in the Burton films.  The films featured homoerotic tension between Riddler (an amazingly fey Jim Carrey) and Bruce Wayne (Val Kilmer) and Batman and Robin—much is made of the latter characters becoming “partners.”  When it comes to female characters like Debi Mazar’s moll Spice and, especially, Uma Thurman’s brilliantly over-the-top Poison Ivy, a drag queen aesthetic reigns—heck, Riddler even appears in a tiara and earrings at one point.  Nicole Kidman’s hormonal Dr. Chase Meridian is so unabashedly sexual that she comes off as practically a surrogate gay man. (Earlier this year a meme circulated likening photos of Kidman in a question mark chair to gays’ infamous inability to sit correctly.)  The films can’t resist bawdy dialogue like “hang out much in biker bars, Bruce?” or Chase openly lusting after “black rubber.”  (Of course, the rubber suits featured in Schumacher’s movies notoriously added nipples.)

All of this speaks not just to a queer sensibility, but to an overall sense of fun.  In Batman Forever: The Official Movie Book by Michael Singer, Schumacher says “This is what we do for a living.  If we can’t approach it with joy and fun, what’s the use of doing it?” In behind the scenes footage, Schumacher puts his arms around Batman co-creator Bob Kane—whose character first appeared in 1939, the year Schumacher was born—and appreciatively gushes “I wouldn’t have a job without him!”  Kane pats his head good naturedly and says “Atta boy.”

That sense of joy and fun extended to all of Schumacher’s films, which notably featured gay and lesbian performers like Lily Tomlin and Mark Blankfield (The Incredible Shrinking Woman) and John Glover (Incredible, Batman & Robin).  His screenplay for Car Wash (1976) featured a sassy Black queen named Lindy, who at one point tells someone “Honey, I’m more man than you’ll ever be and more woman than you’ll ever get!”  Shrinking Woman is a kooky, candy-colored variation on Richard Matheson’s sci-fi novel in which household chemicals cause Tomlin to shrink; The Lost Boys (1987) is a teen vampire thriller in which Kiefer Sutherland tries to seduce cute Jason Patric into a life of bloodsucking, all set to a killer 80s soundtrack.  Schumacher injected personality and life into larger than life moviemaking, and his talent and energy will be missed.