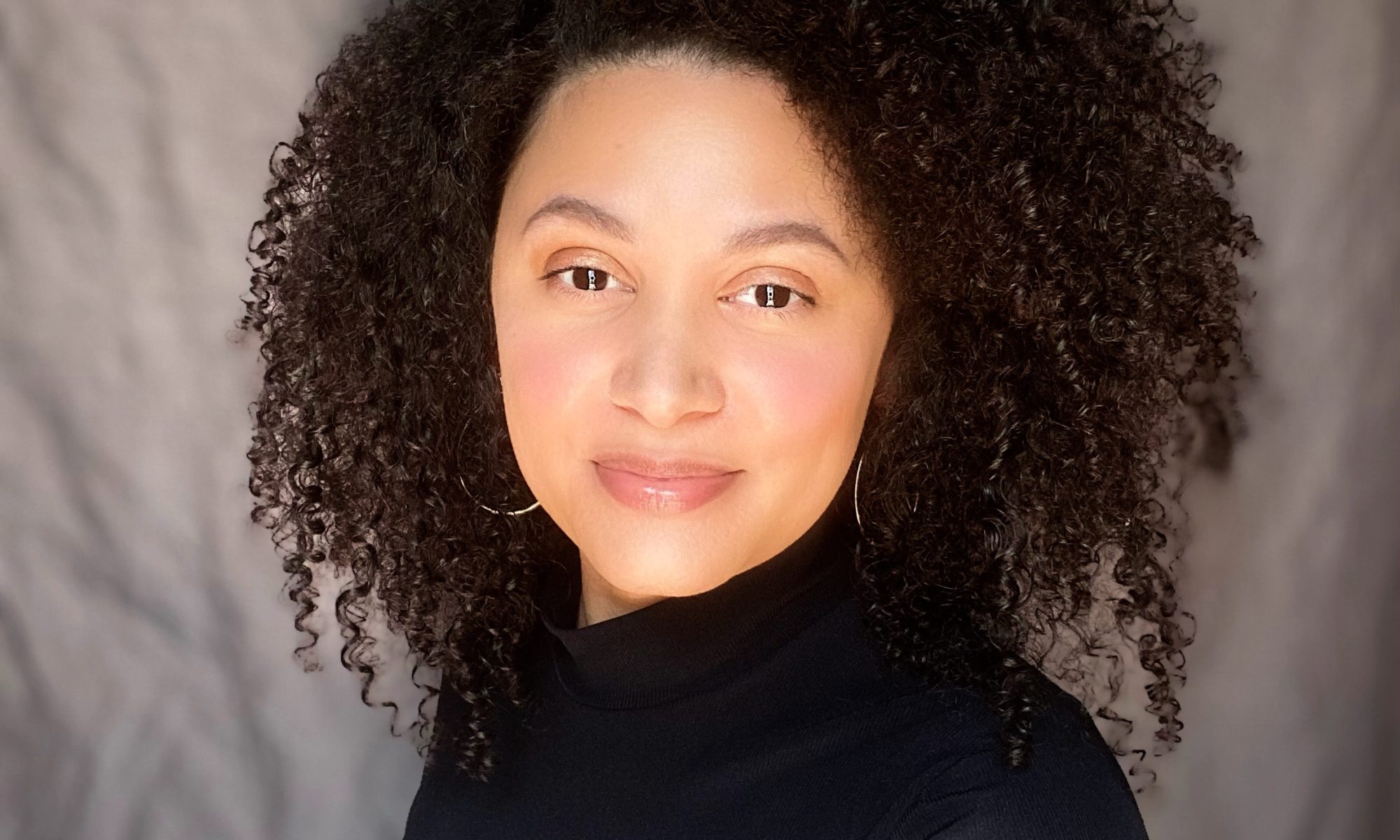 Kalynn Bayron is the bestselling author of Cinderella is Dead and This Poison Heart. A classically trained vocalist, she grew up in Anchorage, Alaska. When she’s not writing you can find her listening to Ella Fitzgerald on loop, attending the theater, watching scary movies, and spending time with her kids. She currently lives in San Antonio, Texas with her family. I had the opportunity to interview Kalynn, which you can read below.

First of all, congratulations on your upcoming book, This Poison Heart. Could you tell us a little of what it’s about?

Thank you so much! I like to describe This Poison Heart as equal parts Little Shop of Horrors and The Secret Garden with a Greek mythology twist. It’s about 16-year-old Briseis Greene, a young woman born with a unique ability—she can grow plants from seed to full bloom in seconds. She’s struggling to keep this power in check when she finds out her aunt has recently passed away and left her a sizable estate just outside of Rhinebeck, NY. When she and her parents go up for the summer they realize that nothing is what it seems. The house comes with a specific set of instructions and a walled garden filled with the deadliest plants on the planet. Briseis begins to uncover her family’s complicated and deadly history while learning to lean into her own power.

Where did the inspiration for the book come from? Were there any music/media/ stories you were influenced by while writing this book?

Little Shop of Horrors and The Secret Garden were some of the biggest influences for this story. but I was also fascinated by the real-life poison plants in the Alnwick Garden in Northumberland. I wanted this story to have the feel of a gothic novel set against a contemporary backdrop. I love how atmospheric it is and that was heavily inspired by my love of gothic horror.

How did you find yourself becoming an author? Do you remember some of the notes of your own origin story? Did any writers or books inspire your writing journey?

I’ve always loved storytelling. The medium didn’t matter to me—music, tv, movies, theater, literature, I loved them all. I read everything I could get my hands on. One specific story was Tuck Everlasting by Natalie Babbit. My teacher read it aloud when I was in the 3rd or 4th grade. I remember having such a strong reaction to it and being unable to get it out of my head. It was the same thing with musicals. I watched Annie, Wizard of Oz, and Little Shop of Horrors on loop from the time I was little. A neighbor introduced me to The Phantom of the Opera when I was ten and I became weirdly obsessed with the Phantom. I wanted to know why this man was living in the sewer and why everybody was so scared of him. So I guess you could say I’ve always been interested in the parts of popular stories that don’t get as much attention.

I wrote my first novel when I was 19 and it was awful, but it taught me that I could start and finish a manuscript which, as any writer will tell you, is half the battle. Storytelling has always played such an important role in my life—stories helped me cope when things felt overwhelming, they provided an escape. When I sat down to write Cinderella is Dead in 2016, I wanted to tell a story that might provide an escape for someone else.

Along the way the work of literary giants like Toni Morrison and Zora Neale Hurston have inspired me to tell stories in the way that I want to tell them and to be unapologetic in my work. I return to their stories any time I need a reminder of what we are allowed to be on the page.

Besides being a writer, what are some small facts you would want your writers to know about you?

I’m a classically trained vocalist. I love musicals. I love Biscoff cookies and I really think they should sponsor me the way brands sponsor athletes.

I wish I’d understood that there are a lot of non-writing things that count towards the development of a story. All the time I spend thinking about the story, the characters, the setting, the world building—it all counts! In fact, I now recognize it as an integral part of my process. I need time to sit with my ideas for a while before I get them on the page.

For me it starts with an idea, or a collection of ideas. Once I have a good idea of the scope, I start a zero draft which is essentially just a few plot points in chronological order and some character work. As I’m doing this, I’m thinking about the story but it’s really just vibes at this point! No plot just vibes! Then, if I feel like a firm grasp on the story, I’ll work through a detailed synopsis and then a first draft. The synopsis acts as an outline for me and because things always change, I’ll write added scenes on index cards and lay them out and attach them to the outline. It’s usually not until I complete the first draft that I know my story and characters well enough to go back and really fill out the narrative. My process is always evolving and I’m always picking up new tricks and practices that work for me.

Your first book, Cinderella is Dead, is a Cinderella remix with some horror/dark fantasy elements. Why did you find yourself exploring/reconstructing this specific story and why do you think as writers and readers we keep getting drawn back to older fairytales when making new stories?

I have a lot of nostalgia associated with fairytales. I loved fairytales as a kid but it was painfully obvious that there was never anyone who looked like me in those stories. I wanted to do a Cinderella retelling that addressed the issue of feeling like I was an outsider looking in on this tale. I wanted to show the ways in which something as innocent as a children’s fairytale can be used as a tool of both empowerment and oppression depending on who’s penning the story.

I think we return to these stories again and again because there’s comfort in the familiarity of them but that doesn’t mean that they don’t need to be examined and critiqued, sometimes critically. As creators, especially those of us from historically excluded backgrounds, it’s important for us to be able to reclaim these tales on our own terms.

Which books or authors does Cinderella is Dead and The Poison Heart stand in conversation with?

I’d like to think Cinderella is Dead stands in conversation with the Brothers Grimm version of Cinderella and the Charles Perrault version.  And I’d like to think This Poison Heart stands in conversation with The Secret Garden and contemporary fantasy in general. To be able to compare and contrast my work with the stories that inspired them is a great way to think about the ever-evolving process of storytelling. I’d also like to think of both This Poison Heart and Cinderella is Dead as being in community with books like Legendborn by Tracy Deonn and A Song Below Water by Bethany C. Morrow because contemporary fantasy is such a perfect place to interrogate who has, and who has not, been allowed to take folktales, or fairytales, or specific myths or legends and reimagine them.

When you’re not writing, what do you enjoy doing or consuming in your free time?

That’s a tough one! Most people know I have a musical background, but nobody has asked me yet about my favorite opera. I get asked about my favorite musicals but never about opera! My favorite opera is Donizetti’s Lucia Di Lammermoor. Fun fact—there’s an aria in Act 3 of this opera that, even if you’ve never seen it, probably sounds familiar because it was in the movie The Fifth Element.

The Poison Heart features a Sapphic badness with a proclivity towards plants and poisons. Any relation to Poison Ivy? And on that note, how would you imagine any interactions between the two?

I love Poison Ivy! She’s a queer icon! I’m definitely inspired by her and I’ve heard that Poison Ivy was originally inspired by a story by Nathaniel Hawthorne called Rappaccini’s Daughter. It’s a story about a man who raises his daughter around a collection of poisonous plants and in doing so she becomes immune to their toxicity. The story has also been adapted into several operas. If the folks at DC Comics ever need someone to do a one-shot deal for anything Poison Ivy related, I would jump on it. I’m just sayin.

Poison Ivy is a morally gray character. She does villainous things and sometimes with not-so-villainous intentions. Bri is kind of the opposite of that but I can totally see Poison Ivy trying to recruit Bri for some nefarious purpose. I don’t think Bri would sign up, but I don’t think that would stop Poison Ivy from trying.

Try to have some fun with your writing, don’t be afraid to take risks, and take any sort of writing advice with a grain of salt—even mine.

The follow up to This Poison Heart comes out next year and so does my debut middle grade debut. The middle grade is called The Vanquishers and it’s the story of 12-year-old Malika “Boog” Wilson. It takes place in an alternative San Antonio where vampires were known to have existed but were wiped out during an event known as the Reaping by a group of masked vampire slayers called The Vanquishers. However, when Boog’s new classmate goes missing, the local community starts to think maybe a vampire is responsible. I like to describe it as Stranger Things meets Watchmen with a Buffy twist. I’m SO excited about it!

What books/authors would you recommend for the readers of Geeks OUT?

There are so many but everyone should be reading Tracy Deonn, Bethany C. Morrow, Tiffany Jackson, Claribel Ortega, Ashley Woodfolk, Leah Johnson, Roseanne A. Brown, Dhonielle Clayton, and J.Elle.