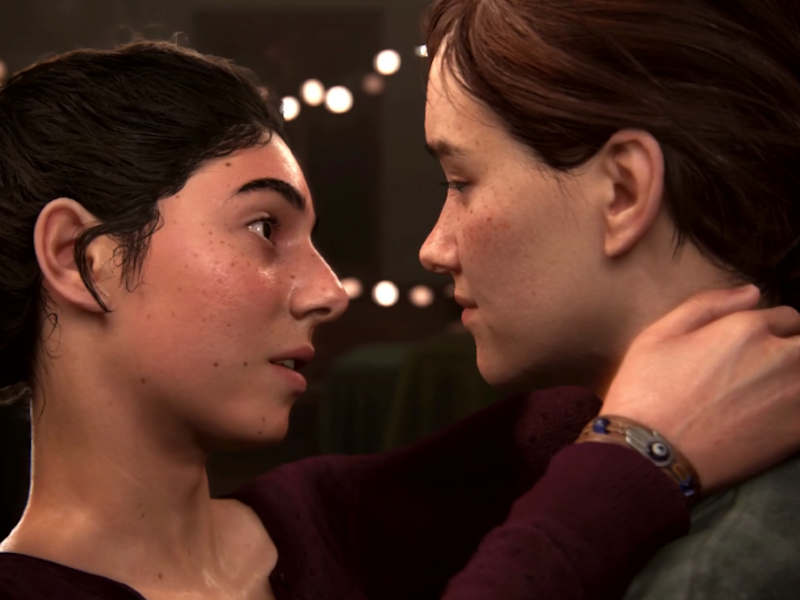 It’s important to define authentic queer content, but not create a rigid definition. There are so many queer experiences that it would be unfair and dangerous to contain it in a box that queer media needs to fit into.

Queer characters have really only been allowed to exist offscreen. If we’re lucky, there might be a Tweet or an announcement confirming that in fact, that very obviously queer side character is queer. While it’s nice to go back and look at a character through that lens, it’s frustrating to not have a character canonically queer onscreen. It might seem extremely obvious to the queer community that certain characters are hella gay, but a cis-heteronormative lens prevents a majority of the population from picking up cues that seem natural to us. It can also feel like an afterthought to woo viewership.

Sometimes creators are limited it what they are allowed to air. In The Legend of Korra, Asami and Korra end the series by walking into the Spirit World holding hands (the creators wanted them to kiss at the end, but Nickelodeon was not having any of it). And yet, there was a large enough segment of the fandom claiming they were just friends that one of the co-creators released an image of the pair going on a date.

The creators also backed up the canon by making their relationship the focal point of the Turf Wars comic series. It seemed like we were only destined for post hoc queer cartoon canon, but then Adventure Time made a couple of strides forward. There have been many times that it seemed obvious that Princess Bubblegum and Marceline were dating. But none have been as obvious as when they were holding hands. And then Marceline sang:

Very, very queer. But there were still had people who claimed the song was deeply rooted in heterosexuality, even when the song’s writer tweeted that she wrote the song about a woman she was pining for.

If it walks like a duck, talks like a duck, but won’t be labeled a duck… Is it still a duck? Subtext is all well and good for Tumblr posts and fanfiction. But when media relies heavily on subtext and queerbaiting, a lot gets lost in translation. Meanwhile, queer consumers of such content are often berated for seeing it through a queer lens. “Not everything is gay,” they declare as two female characters intensely flirt with each other. “Not everyone in the Star Wars universe is bi” as Poe bites his lip at Finn and Holdo and Leia gaze into each other’s eyes one last time.

Creators have gotten better with labeling their characters as queer in the midst of the game or series. Showrunners and writers have recently purposely and deliberately declared their characters as queer. When Ellie in The Last of Us, Left Behind kissed her best friend, there were people who still didn’t see the character as queer. [Naughty Dog had to make an announcement](http://www.playstationlifestyle.net/2014/02/24/the-last-of-us-left-behind-plot-point-explained-by-druckmann-ellies-job-explained/) that Ellie is in fact a queer character. Doctor Who has had several queer characters, including the Doctor’s most recent companion Bill. It was genuinely refreshing to see a queer character have her queerness be a part of her story arc so naturally and intentionally.

Steven Universe is probably one of the best examples of true mainstream queer content created with the specific intent of it being queer. Cartoon Network might just let the queerness fly because characters are alien rocks and are not LGBT humans. But, it reinforces that the characters are queer over and over again so the viewer cannot possibly (reasonably) think otherwise. But should it count?

Without obvious intention, it’s hard to label a character or movie or video game as queer. Of course there are cues that the queer community tap into. But is that enough?

It’s awesome that Valkyrie is bisexual in the comics, and it’s great that Tessa Thompson has been pushing for representation in Marvel films. But the average movie goer would not pick up on the character’s queerness in Thor: Ragnarok. Even intentional characterizations by a writer or actor can still be erased as representation by mainstream cis het audiences.

“Seriously, everyone, Valkyrie is gay.”

When heteronormativity erases context and subtext, it’s hard to feel represented. There isn’t a magical litmus test for what should count as authentic queer content. And that’s a good thing. And the queer community doesn’t need a pass from Straight Media™ for it to count as positive representation. But the fact that they are there for the queer community to see is important. Despite people trying to paint over it with a cis het brush. If there are people who don’t understand that Valkyrie and Ellie and Korra super super queer, it shouldn’t—and doesn’t—discount how the queer community sees ourselves in these characters.

We deserve to be seen and heard. We deserve to have our stories told by our community and on a mainstream stage. While there are fantastic queer characters that we can see ourselves in, the best queer content comes out of the ability to express our queerness on our own terms.”