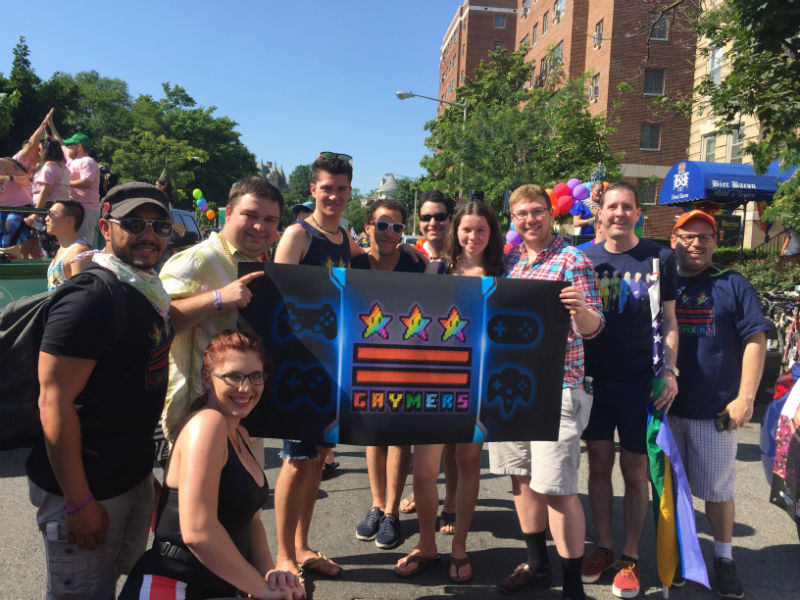 Video games and comic books have long been thought of as the province of white, straight, cisgender men. But Miguel Miranda, administrator of the DC Gaymers social group, knows better.

“For a lot of queer gamers, gaming is a part of how we dress, how we interact, how we have fun,” he says. “It’s an essential part of our identity.”

To celebrate that identity, Miranda is bringing together queer gamers for a chance to network and socialize during this weekend’s Awesome Con. On Friday, March 30, DC Gaymers will host a “Queer Gaymer Meetup,” and while the meetup itself is free of charge, participants will need to pay Awesome Con’s $35 daily admission fee — or $75 weekend fee — to enter the Walter E. Washington Convention Center.

“We’re hosting an informal panel where we’ll discuss what it means to be a gay gamer and why that’s something people shouldn’t hide,” he says. “We’ll also play a couple of rounds of Gaymer Jeopardy, to keep it lighthearted and fun. It’s really just a space to chat, hang out, and have fun for about two hours at Awesome Con.”

Later that night, DC Gaymers and Geeks OUT are hosting a dance party, “Snikt,” at the Dew Drop Inn, a bar in D.C.’s Brookland neighborhood. The party features various DJs, raffles, even a signature cocktail created just for Awesome Con attendees: the Valkyrie, a vodka soda with a black current mixture.

Party-goers are encouraged to dress in costumes, in keeping with Awesome Con’s reputation as an affirming venue for people who are interested in cosplay.

“Being who you are isn’t something you should have to be cautious about,” says Miranda. “Just like people aren’t afraid to say what sports team they’re a fan of, or where they’re from, queer gamers shouldn’t be afraid to share who they are. You don’t have to be scared of what you like.”

One Reply to “Gamers Unite: DC Gaymers and Geeks OUT to gather during this weekend’s Awesome Con”