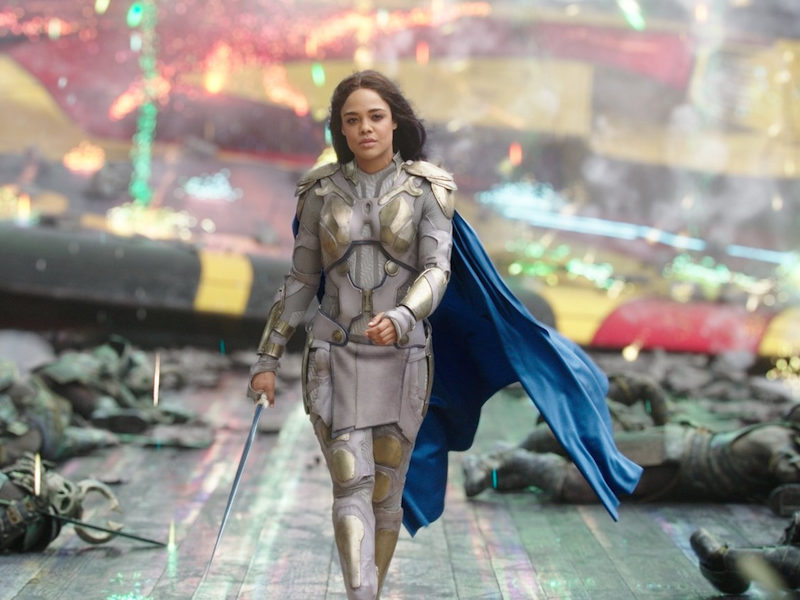 Pride is about celebrating where we come from, who we are and what we could be. Storytelling is a way we can explore ourselves and our community. Queer content exists, but need more of our stories told. More comics, more television, more movies, more music. If it feels like the already minimal representation we’re getting in Hollywood is shrinking, you’re correct.

GLAAD found that of the 109 releases from major studios in 2017, only 14 (12.8%) of them included characters that are LGBTQ. This represents a significant decrease from the previous year’s report (18.4% or 23 out of 125), and the lowest percentage of LGBTQ-inclusive major studio releases since GLAAD began tracking in 2012. Not one of the 109 releases included a transgender character.

We need diversity. Real, intersectional diversity. Diversity that acknowledges that people of every race and ethnicity can be queer. Diversity that acknowledges that queer people can also be disabled. That nonbinary, pansexual, and asexual people exist. That elderly queer people exist. That the queer community is made up of these groups of people and should be represented as such—not as tokens, but as people who interact with their multifaceted identities within multiple communities.

Also, can we not end everything in tragedy? Stories about heartbreak and/or death seem to dominate mainstream queer content. Angst is a part of the mainstream while happiness and fluff seemed to be cast aside as somehow inauthentic. When depressing stories dominate the narrative, it’s hard to see a life outside of wallowing in our sad queer lives. It further drives home that anything that has a happy ending is unrealistic for queer characters. Why should they not have the chance to ride off in the sunset or live happily ever after?

Not every queer story needs to be politicized. Because by default we are political beings. Yes, the world is oppressive and sucks a lot, but that doesn’t mean that every story needs to focus on that. I’m not going around my day lamenting to my friends about the oppressive systems in place or how I’m afraid to hold my wife’s hand in public walking down the street. Those stories are extremely important, but they don’t tell the whole story. Sometimes a group of queer people can exist and do things without wringing their hands about how much the world sucks. We can usually walk the dog or grocery shop without bringing up our political identities.

We need stories outside of the ones where we come out to our families and loved ones. Coming out stories are critical to the queer narrative, but many stories leave out that we are constantly coming out to randos. This past week alone, I came out to a couple of new co-workers. Initially, it might be this grand gesture, but coming out can become mundane and not that interesting. Where is the story where someone has to come out to their dentist?

I want a story where queer seniors start a bowling league. Or group of trans dragon tamers. I want daring science fiction with a protagonist who is badass and queer. Epic tales that don’t solely focus on a character’s sexuality or gender identity. Queer characters that exist in worlds and universes unabashedly themselves, and no one questions it. Despite what is shown to us in the mainstream media, suffering is not the only authenticator of the queer identity and experience.

During Pride month especially, it’s important to look back and celebrate the various media that has shaped and defined our identities. They might use words that we no longer accept, or even cringe at, but it’s crucial to acknowledge them for what they are in our history and then do better. Let’s celebrate them by moving forward and expanding the narrative to include all queer folx.