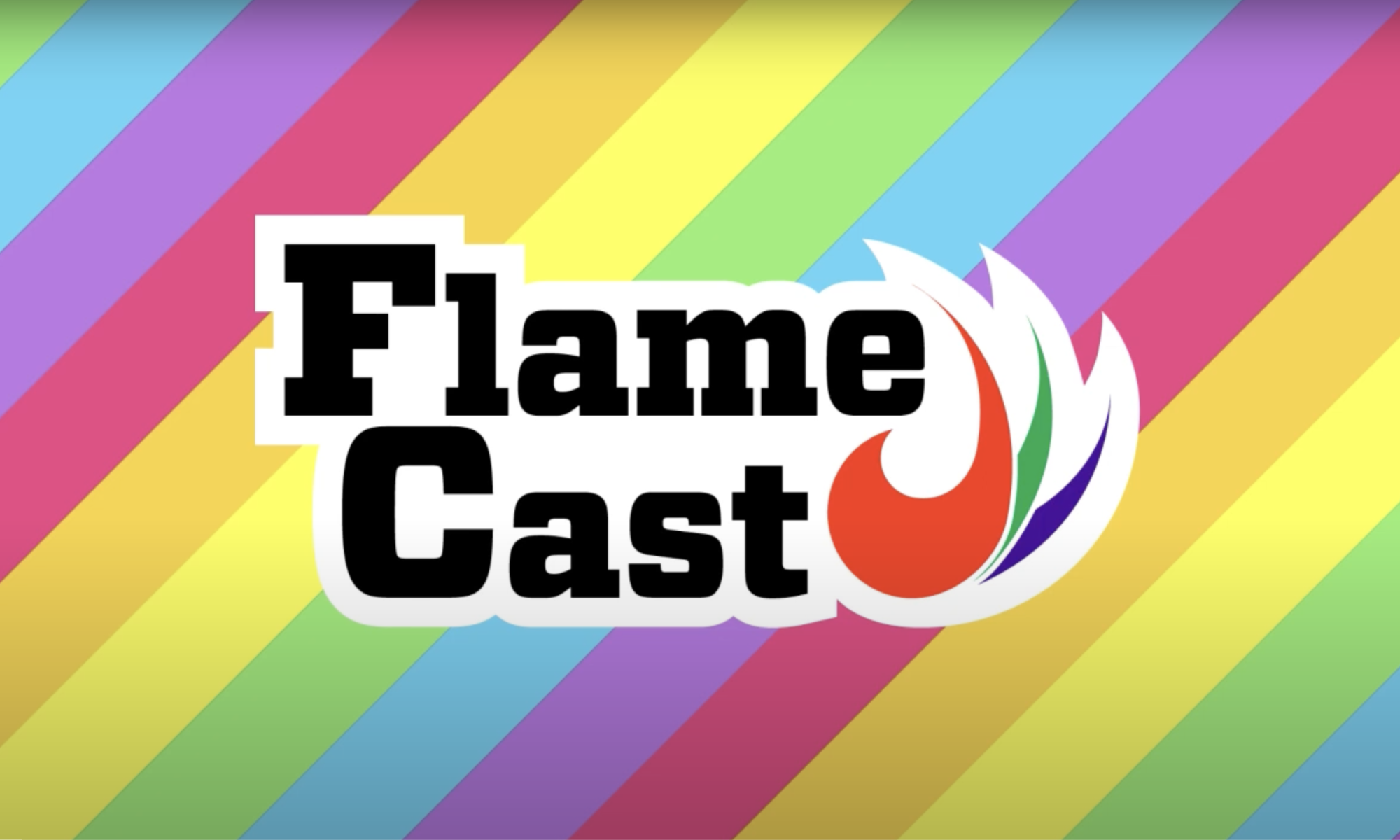 In a new episode of the Flame Cast, Kevin chats with Steenz the cartoonist, editor, and professor, about the importance of building up our community by providing opportunities for new artists/creators. They also talk about their inspirations, where and how they connect with their community, and what they’re getting Down & Nerdy with in pop culture. You can find out more on their website: www.oheysteenz.com/ 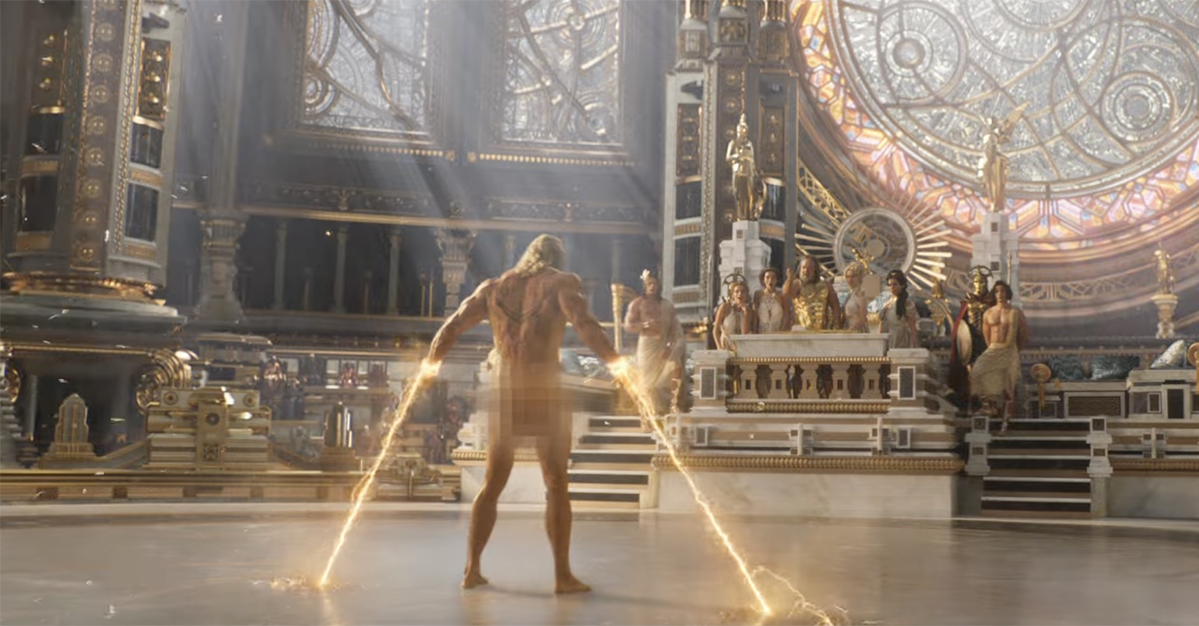 In this new episode of the Geeks OUT Podcast, Kevin is joined by Jon Herzog, as they discuss the new reveals from the Thor: Love & Thunder trailer, Laverne Cox’s new Barbie doll, and celebrate the new trailer for the final season of Love, Victor in This Week in Queer.

New trailer for the final season of Love, Victor

• New trailer for The Beast

It’s a new episode of the Flame Cast, our celebration of past, present, and future Flame Con guests. Join Kevin in a conversation with Mike Curato, writer and illustrator of the YA graphic novel Flamer, about the importance of books geared toward young queer audiences, especially when so many placers are banning books with these topics. They also talk about his inspirations, where and how he connects with his community, and what he’s getting Down & Nerdy with in pop culture. 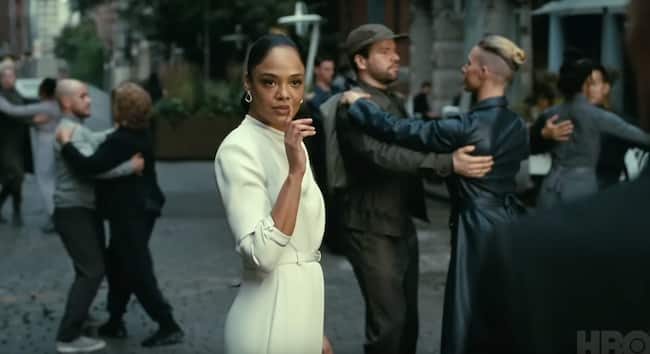 In this new episode of the Geeks OUT Podcast, Kevin is joined by Christopher Murray, as they discuss the Stranger Things season 4 premiere, new trailers for Westworld and Love, Death + Robots, and celebrate our first look at the queer horror movie They/Them in This Week in Queer.

KEVIN: The networks cancel 17 series in the span of 48 hours

New teaser for season 4 of Westworld

• New trailer for Avatar: The Way of Water

It’s the continued return of the Flame Cast, our celebration of past, present, and future Flame Con guests. Join Kevin in a conversation with Jay Edidin, writer, editor, and podcaster. He’s best known as one of the hosts of Jay & Miles X-Plain the X-Men . In this conversation, we get to know Jay, who/what inspires him, where he finds community, and what he gets Down & Nerdy with in pop culture. 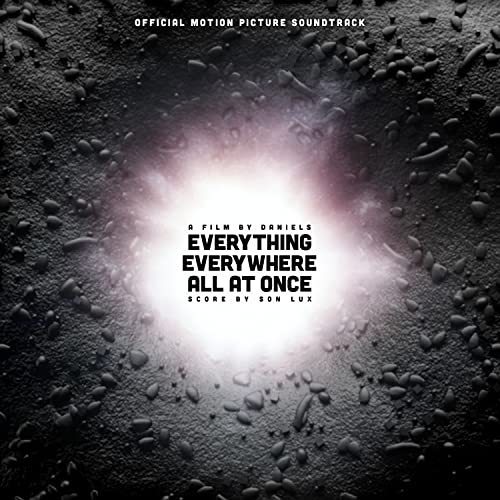 In this new episode of the Geeks OUT Podcast, Kevin is joined by Will Choy, as they discuss their love of Everything Everywhere All at Once, the new teaser for Thor: Love and Thunder, and celebrate a new trailer for Angelyne as our Strong Female Character of the Week.

WILL:  New trailer for revival of The Kids in the Hall

KEVIN: Sonic 2, Choose or Die, The Final Purge, Heartstopper
GRAHAM: Great Pottery Throwdown, Everything Everywhere All at Once, Massive Talent

• KEVIN: Misha Collins
• WILL: Emma Frost, until I have way more therapy

It’s the return of the Flame Cast, our celebration of past, present, and future Flame Con guests. Join Kevin in a conversation with Eric & Ray with Rage Gear Studios (@ragegearstudios) as we get to know their influences and what they get Down & Nerdy with in pop culture. You can find out more at: www.ragegearstudios.com 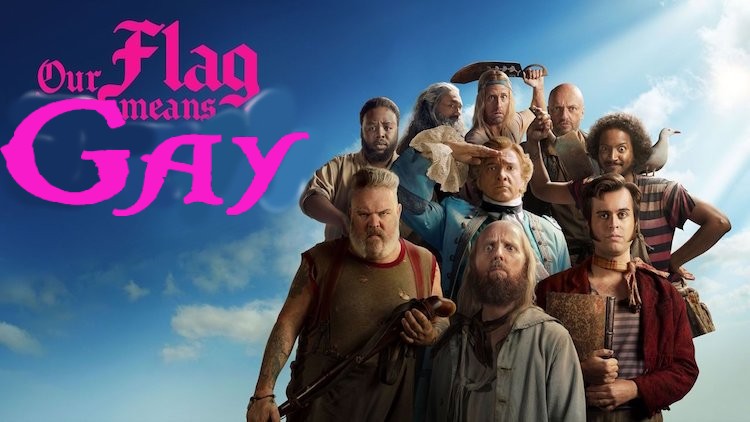 In a new episode of the Geeks OUT Podcast, Kevin is joined by Tea Berry-Blue, as they discuss the new trailers for Russian Doll and The Bob’s Burgers Movie, the queer storylines in Our Flag Means Death, and hope that MCU executive and fellow queer, Victoria Alonso’s words sway the Disney CEO to do more, in This Week in Queer.

KEVIN: HBO Max developing You Brought Me the Ocean into a series

TEA:  Showrunner of She-Ra reboot speaks out on crew being underpaid/overworked 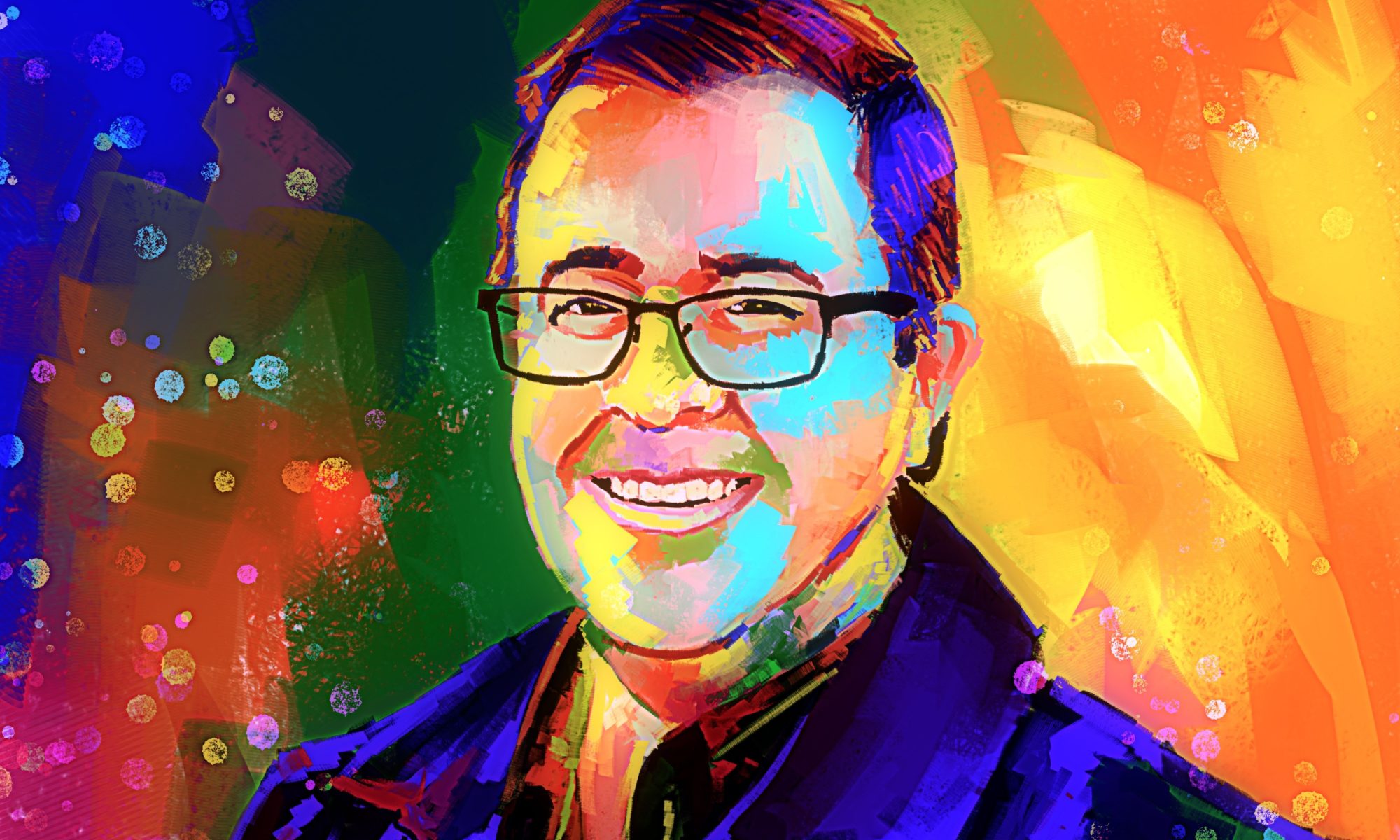 K.D. Edwards lives and writes in North Carolina, but has spent time in Massachusetts, Maine, Colorado, New Hampshire, Montana, and Washington. (Common theme until NC: Snow. So, so much snow.)

The first book in his urban fantasy series THE TAROT SEQUENCE, called THE LAST SUN, was published by Pyr in June 2018. The third installment, THE HOURGLASS THRONE, is expected in May 2022.

K.D. is represented by Sara Megibow at kt literary, and Kim Yau at Echo Lake Entertainment for media rights.

Of course! I’m the author of The Tarot Sequence series, an urban fantasy that reimagines a modern world with a very real Atlantis. The series is built around several broad concepts: LGBT+ inclusion, found family, humor, tarot card imagery, a lack of toxic masculinity, and lots of immersive world-building in a society that blends science fiction and fantasy.

Congratulations on your upcoming book, The Hourglass Throne! Could you tell us what it’s about and where the idea for the book came from?

It’s the third book in a continuous series and is being released May 17, 2022 – I actually have nine planned books (three trilogies). My largest motivation for the series was to create a wildly different type of society free from many of the biases in our own culture. There is no “gay” or “straight” – Atlanteans operate on a very broad spectrum of gender and sexuality. I wanted to tell a story that honors urban fantasy greats – like Ilona Andrews, Patricia Briggs, Jim Butcher – while also featuring a cast of characters that I would have wanted to read as a young gay man.

As a writer, what drew you to writing fiction/fantasy?

I read SFF almost exclusively as a teen, and then moved away from it in my 20s and 30s. When I hit 40, I decided the world…. Well, the world kind of sucks at times. So I turned my back on contemporary fiction and dove whole-heartedly into escapism. I want people to ENJOY these books, and escape from the grind of doom scrolling. I want people to laugh, and care about the characters, and get lost in the wonder of this city I’m creating – a city built from teleported human ruins from across the world. I love that element of SFF. It can be uplifting, and can present a World we deserve.

Since Geeks OUT is a queer centered website, could you tell us a bit about the LGBTQ+ characters featured in your books?

In the beginning, I thought I was something special for having a book with a lot of gay men. My readers – my very kind, awesome readers – disabused me of that. Since then, I’ve taken it as a point of pride to really explore the depth of the queer community. My main character, Rune, is demisexual, and in a relationship with a man. Quinn is Asexual. Layne, who was introduced as a 15-year old male teen, now identifies as gender fluid and uses “they/them” pronouns. One of my newest central characters, Lady Death, has had relationships with women in the past. I’m only getting started, too.

Were there any books or authors that touched you or inspired you growing up?

I have a complicated relationship with the books I read growing up. The SFF was so important to my development but, looking back, I can see how homogenous the material was. And how male. It’s so powerfully obvious that those stories lacked diversity. Some of those series I cannot even talk about – especially the ones where the hero’s journey is built on raping others or violence against women.

Where did you get your start in creative writing? What pulled you to fiction?

I can’t even remember a time I didn’t want to be a writer. Ever. I think the ability to escape this world and live in another has always been the draw, for me.

What’s something you haven’t done as a writer that you’d like to do?

What inspired you to incorporate Tarot cards and it’s mythology into your stories?

My own writing has always involved archetypes. I’ve been working on Tarot Sequence for close to 10 years, but the archetypes of Rune and Brand pre-date that by many years. That’s what I love about tarot cards – they’re built on human archetypes and appetites, like Love, Fortune, Nature, Death. My focus is on the major arcana cards, in particular. Given the unique identity of each major arcana card, it seemed like a good idea to build a nobility system around it. My main character, Rune, is the sole remaining heir to the fallen Sun Throne. These novels represent his journey in reclaiming his birthright.

Your last short story collection placed your characters into the COVID pandemic and under lock down. How did your own experiences during that time inspire that work?

Oh my God, those stories SAVED ME. I was just as lost and scared as everyone else during the start of the Pandemic. Putting Rune and Brand through quarantine was my way of coping with it. And it snowballed from there – the response I got from readers also looking for a distraction, or meaning, was fantastic. So I decided to make the stories canon – and haven’t regretted it.

The Pandemic has changed everything. I moved from a workplace-based day job to work-from-home status. (And I love it.) I also stopped reading books in favor of watching international TV. It really opened my eyes to how perspectives change globally. It expanded my tastes, and gave me new ideas and ideas. I really, really need to get back to reading – but the TV habit still persists for now.

Hah! If you knew my readers, you’d know that there are very, very few unexplored questions. My readers are amazing, and supportive, and vocal. I am so freaking blessed. They exchange ideas with me, ask questions, make artwork, provide music recommendations… So I’m honestly at a loss at what question I haven’t been asked.

I suppose one question I don’t get often: The series is based in New Atlantis, formed after the fall of Atlantis during the Great Atlantean War. Every now and then a reader asks if I ever intend to take the story back to the abandoned homeland. And the answer? Oh yes.

I am really loving David Slayton’s Adam Binder series. TJ Klune is one of my favorites. Lynn Flewelling’s Nightrunner books. Gideon the Ninth is magnificent. I know I’ll regret not spending more time on this list….so many suggestions that they bottle-neck in my brain. Oh! Hero by the late Perry Moore remains hugely influential for me. Gregory Ashe is a prolific sci-fi and mystery writer, and I love his Hollow Folk series. 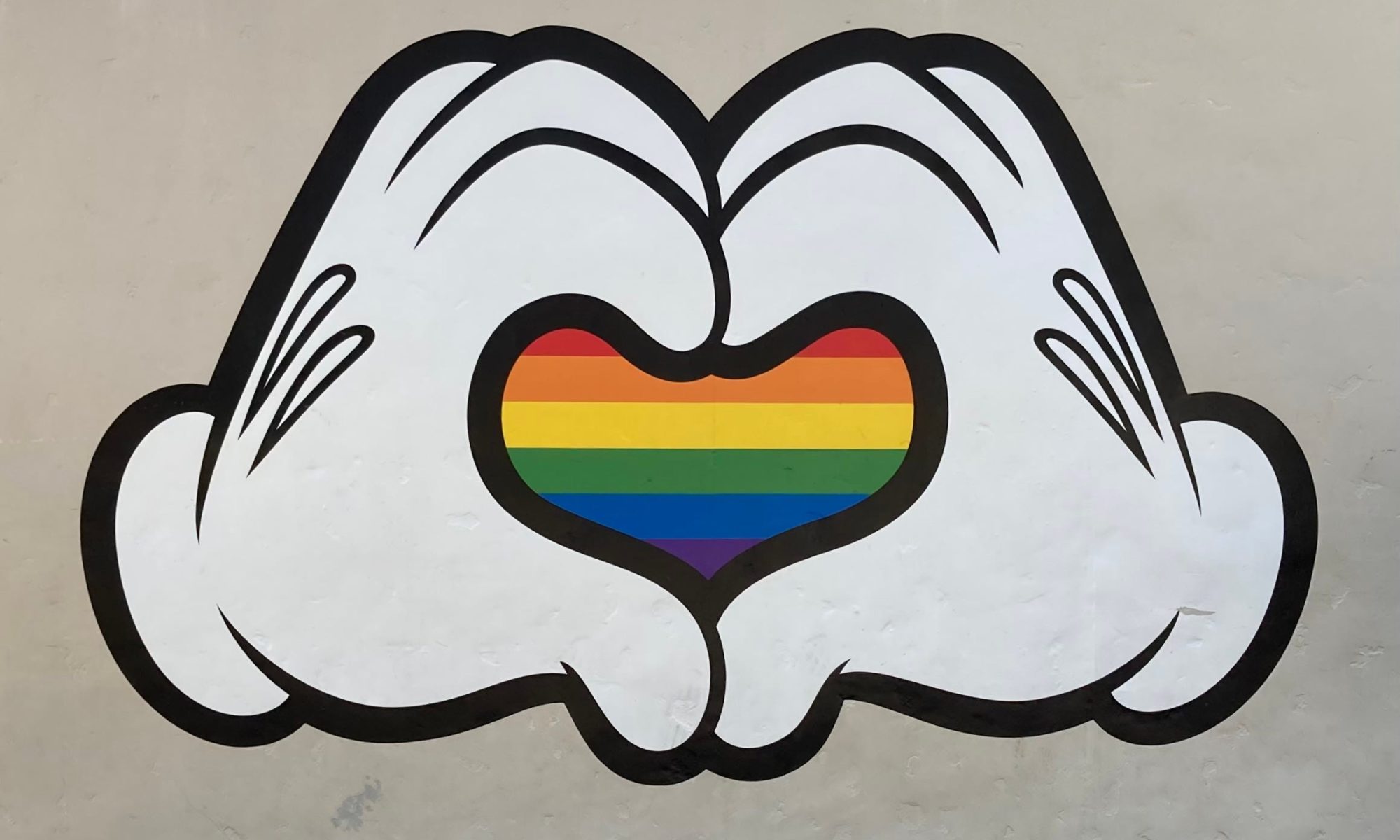 After a little break, the Geeks OUT Podcast returns with Kevin and Jon Shutt, as they discuss Jamie Lee Curtis officiating her trans daughter’s wedding in cosplay, the trailers for Roar and Men, and celebrate the queer and ally employees who participated in the #disneywalkout in This Week In Queer.

JON:  For her daughter’s wedding, Jamie Lee Curtis will officiate in cosplay